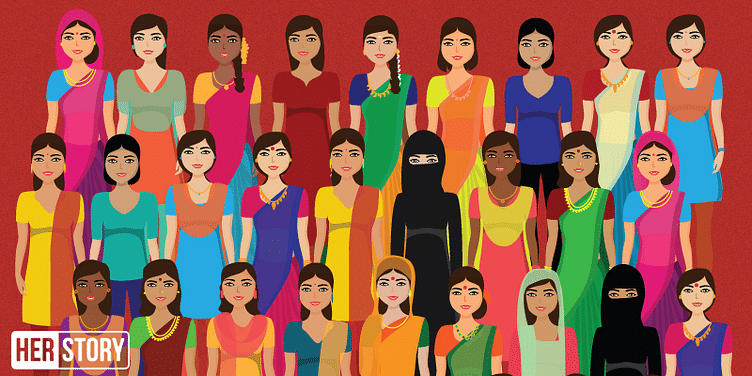 In India, single women above the age of 35 are making their own choices when it comes to career, dating, and sex, battling stereotypes - and proudly.

Two of my close friends are single women in their mid-30s – in the prime of their careers and enjoying both life and work. They are not in a hurry to conform to norms and get married. Like every other single woman in India, and maybe even abroad, what irks them most is family WhatsApp groups and functions.

“I have muted my family WhatsApp group for a whole year. I am tired of being asked when I would ‘settle down’. The scene is the same at family weddings. ‘Ab teri baari hai’ is no longer a joke accompanied by a giggle. It’s a serious and mocking question,” says Smriti (name changed on request).

“What’s with society and single women?” asks Minal (name changed on request) who is the account director at a leading advertising agency in Mumbai. At 37, she is happy and, if you would believe it, single.

“Bridget Jones might have conformed to expectations and gotten married, but I am not going to,” she laughs.

Smriti and Minal form a part of the growing tribe of single women in India – unmarried or divorced. According to the last census data (and much has changed since then), there was a 39 percent increase in the number of single women – widows, never-married, divorced, abandoned – from 51.2 million in 2001 to 71.4 million in 2011.

Singles form part of a new demographic that is changing the way women are perceived in India. They are either never-married or divorced, unabashedly celebrating their singledom, not giving into either the arranged marriage conundrum or the ticking biological clock.

Author Sreemoyee Piu Kundu featured 3,000 urban single women and their diverse stories in her book Status Single. She told HerStory in an earlier interview, “The story that I hold very close to my heart is of a transgender single mother Gauri Sawant, who adopted the five-year-old orphaned daughter of a sex worker from Kamathipura in Mumbai. Or, the story of Nita Mathur, who, haunted by the rejections in the arranged marriage market and because she was always asked if she was a virgin, finally underwent a hymen reconstruction to get a ‘Barbie doll’ vagina,” she says.

However, the growing number of single women in the country is not an indication of empowerment or emancipation. Society is still judgemental, and single women are bound by stereotypes. Moreover, it’s not easy to date after a certain age.

Forty-five-year-old ElsaMarie DSilva, Founder and CEO of Red Dot Foundation (Safecity), believes a piece of paper should not define your relationship. “I have been in several committed relationships and remain unmarried. I have three wonderful nieces and I am a loving aunt to many of my friends' children,” she says.

She is happy that her family and friends have been supportive of her choices.

ElsaMarie tells us, “I have a lot of friends who are single or divorced. We have formed a support system for each other. Of course, the stereotypical norms are for women to marry and have children. But my life is proof that women can be single and have a fulfilling and satisfying life. I don't let people's opinions influence me.”

Meenu Mehrotra (50), an archetypal consultant, healer, and spiritual counsellor based in Gurugram, walked out of her marriage of 24 years with the complete support of her parents and her two grown-up children.

She says, “We, as a culture, are quite judgemental and stereotypical... although things are changing. Gurugram has a slightly more modern attitude than Delhi. I feel because of its demographics, I still feel being single in India is a pain in the ass. It’s the little things that are hard to articulate - simple things like when to ring a doorbell and when not to, taking certain liberties as a neighbour which are subtle yet annoying, managing the labour at home ... I could go on and on."

Parul (43), a CA and CPA, believes that Mumbai is kinder to single women than any other city in India.

“I am not made aware of my single status all the time. There are many more of my tribe here in the city, which makes it normal and acceptable to a certain extent. However, my single status does come into play for safety reasons as I generally do not voluntarily disclose to people that I am single and living alone. I have been very lucky that my friends and family have accepted my single status and there is no discussion around it anymore,” she says.

Bengaluru with its cosmopolitan outlook is a good place for singles to be in, says 35-year-old Sushmita, a content writer. “I have my own set of friends, a great career, and dating apps to find my kind of people.”

Megha Manchanda (36), a journalist based in Delhi, doesn’t view herself any different from women who are married with kids. She says, “Some friends, with whom I am barely in touch, find it weird that I am single. They feel that I am too choosy, stubborn, etc, and that is the reason I am not married. I feel I am a headstrong person – outspoken and firm in my personal and professional approach. But some old friends seem to hold me responsible for my single status.”

Ruchi Bhatia (who believes age is just a number) works in corporate HR and says there are no inhibitions or barriers to being single. “It feels great being a single, career-oriented, and ambitious woman. Your vibe attracts your tribe,” she says.

Women all over the world face stereotypes of different kinds. Single Indian women bear the brunt of not conforming to an expected lifestyle, getting married, and having kids.

Parul says, “A lot of stereotypes do exist even in 2019 – that single women are only career-oriented, they are sexually promiscuous, they are lonely and desperate, they are defective goods, and they are anti-men and anti-marriage.”

“The only assumption they make about me is that I am constantly seeking a life partner as it is perceived that my happiness is directly linked to my marital status,” she adds.

She explains, “People just assume you are married and with kids, and make very crude statements/random comments once you tell them your life choices are different. People treat you like you have missed some big thing in your life – which is not the reality. From service providers (banks, government officers like passport officers) to society (neighbours, acquaintances, colleagues), they don’t know how to deal with single women.”

Single and ready to mingle?

While “Single and ready to mingle” might be a tagline for the ages but that is further from the truth than one can imagine – at times. What happens if you are above 35 and not looking for any commitment?

How far does “mingling” go?

ElsaMarie hits the nail on its head and says dating and sex have to be consensual, adding, “The boundaries of the relationship can be discussed mutually. I have not had a problem.”

Meenu says, “Dating is pathetic because Indian men are primarily unaware of this whole concept. Culturally, we have come to the dating party pretty late unlike the West. So a lot of men still do not know when and how to approach a woman – most of them are merely looking for easy sex on dating sites, not to mention the many frauds. There’s no full-proof screening method on these sites and that’s scary.”

Along the same lines, Megha says there aren’t many dating avenues in India and she has gone the conventional route with socialising, but has been unsuccessful in matters of romance. However, she hasn’t tried any of the new-age dating apps.

It’s 2019 and yet, single women in India are bound by rules and prejudices. They find it difficult to travel solo, and need a guardian’s name on most forms. They are also considered incompetent when it comes to finances, denied hotel rooms, and are almost always forced to give in to the idea of marriage, whether they like it or not.

As Sreemoyee tells HerStory, “There are no dedicated support groups, communities, apps, or websites for single women – and I think there is a huge lacuna.”

But the term “single” doesn’t stop them. These women may march solo, but they do it with grit and determination and with attitude and confidence.