Top 7 remedies for sexual harassment at the workplace 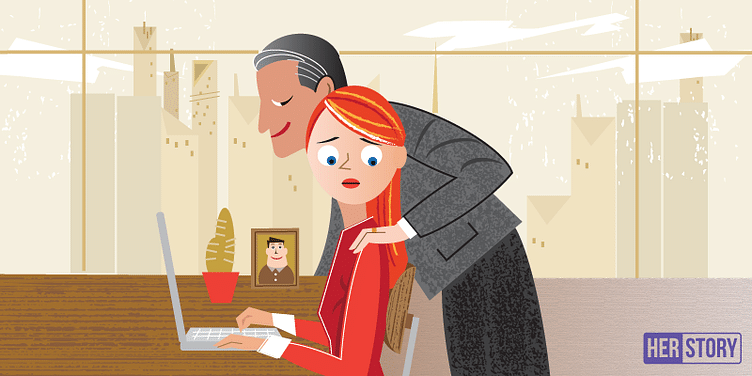 A list of things you could do if you face sexual harassment in your workplace.

According to the law on sexual harassment at the workplace, women can file a complaint for sexual harassment, such as implied or explicit promises of preferential treatment or threats of detrimental treatment, undue interference with work that creates a hostile environment, humiliating treatment that might affect one’s health or safety, etc.

Here are the top seven remedies you can use if you face sexual harassment at the workplace:

Complaining to the ICC or the police

Every workplace must constitute an Internal Complaints Committee (ICC), which looks into sexual harassment complaints. If you want to complain to the ICC, you must do so within three months of the last instance of sexual harassment you have faced. You must submit six copies of your complaint, the supporting documents, and the names and addresses of your witnesses. Please be careful that you do not miss three consecutive hearings held by the ICC, as that may cause your complaint to be terminated. Also, note that you are not allowed to bring a legal practitioner into the proceedings.

You can file an FIR at the local police station, or file a private complaint to the Magistrate, which will lead to a more severe penalty for your harasser.

If your complaint against your harasser is proven, you are entitled to receive compensation from him/her. The amount of compensation is decided based on a few factors like, the emotional distress you experienced, loss in professional opportunities due to the harassment, your financial status, etc.

After your sexual harassment complaint has been initiated, you can send a written request to the ICC to:

The law provides a framework where your privacy is protected during and after the ICC proceedings by punishing persons who reveal the contents of your complaint, your identity or address, information about any inquiry made by the ICC, any action taken by the employer and any recommendations or details given by the ICC.

You have a right to appeal to the authority given in the service rules of your workplace or the Local Complaints Committee (LCC), within 90 days. If you do not have an LCC in your district, you can approach the Court with the assistance of a lawyer. You can appeal for the following reasons:

If you do not want to file a complaint through the ICC, you can request for a settlement with the harasser. This is known as conciliation, and it is  a mutual agreement between the victim and the accused to settle the problem between themselves, privately and peacefully. Conciliation will prevent further acts of sexual harassment, but not grant you compensation. Once you have settled the issue, the ICC will record the details and give you a copy of the settlement.

Even after the settlement, if the sexual harassment continues, you can inform the ICC who will re-start the inquiry into the incident(s) or forward the details of the harasser and the incident to the police.

Punishment for the harasser

The ICC can decide to punish your harasser in multitudinous ways, such as:

Under the law, all workplaces with more than 10 employees are mandated to set up an Internal Complaints Committee and conduct sexual harassment trainings to sensitise the employees on workplace sexual harassment. The law guarantees protection to all women to live life with dignity and free from any form of harassment.