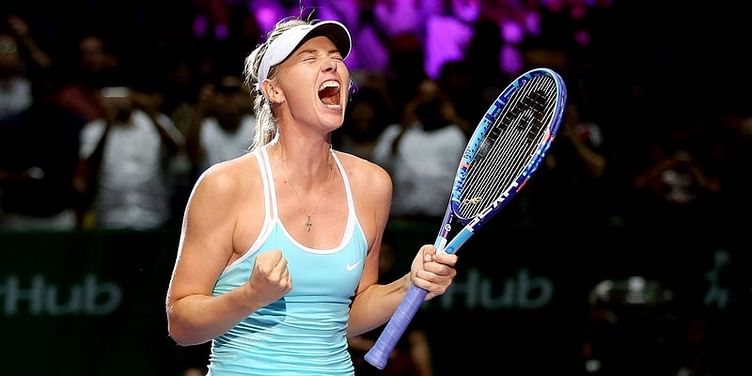 In a touching essay, the five-time Grand Slam winner has bid adieu to the sport and says she is ready to conquer a new mountain.

Russian tennis star Maria Sharapova announced her retirement from the game on February 26, after suffering from chronic shoulder problems for years.

The five time grand slam winner bid goodbye to the sport through a personal essay published in Vogue and Vanity Fair.

The former World Number one, Maria who grew up in Sochi migrated to America at the age of six along with her father as refugees after the Chernobyl disaster. At the age of 11, she had signed deals with Nike and IMG. And at 17, she was the Wimbledon champion who beat Serena Williams in the finals. Four grand slams followed, two of which came on clay - the surface she says, “exposed virtually all my weaknesses”.

She had won three of her grand slams by the time she was 21.

In her farewell to tennis, she wrote, “How do you leave behind the only life you’ve ever known? How do you walk away from the courts you’ve trained on since you were a little girl, the game that you love — one which brought you untold tears and unspeakable joys — a sport where you found a family, along with fans who rallied behind you for more than 28 years?”

After serving a ban of  15 months for the use of Meldonium - a heart disease drug, she was never the same. She tested positive for the drug at the 2016 Australian Open. The drug had been legal till January 1 that year.

However, her initial two-year ban from the sport was dropped to 15 months. Many within the sport were divided about it.

The constant niggle in the shoulder and her inability to perform well in big tournaments after the comeback hurt her. Her last win was in a low ranking tournament in China three years ago.

Ranking in the top for years together, she now retires from the sport ranked 373 in the world.

In the heartfelt essay, she writes that she is ready to scale a new mountain though she does not reveal more. She currently owns two brands - Sugarpova, a premium candy brand and Sugar poop, a sunscreen brand she bought in 2004.

“In giving my life to tennis, tennis gave me a life. I’ll miss it everyday.”

Beyond laboratory glassware: how Priyanka Kheruka wants Borosil to be an everyday-use brand