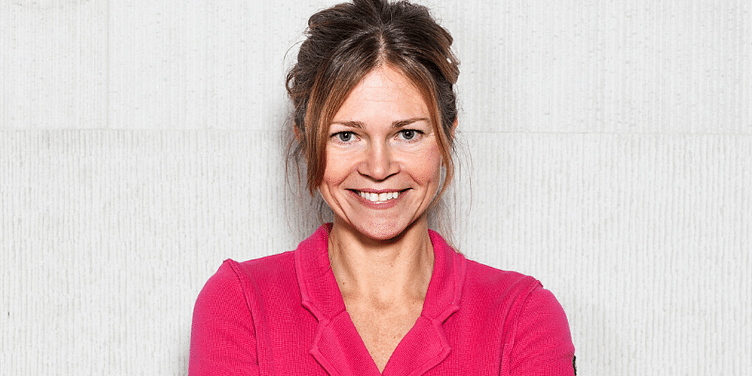 Founded by Linda Portnoff, Riteband is a music marketplace that lets you invest in songs through its app. Music investors can profit along with songwriters from an open market through collaborative promotional efforts.

Growing up in a middle-class suburb of Stockholm, Sweden, Linda Portnoff took every dance class there was – bug, jive, samba, rumba, cha cha – till there were no more courses to take. She also loved being creative, writing songs, and playing music.

“Later, I decided I wanted to do a PhD at the Stockholm School of Economics. But here I hit the famous glass ceiling and realised what my parents had told me wasn’t true. It wasn’t just up to me; I couldn’t do anything I wanted. I couldn’t have a career at my workplace,” she recalls.

Revenge of the nerds

“That’s more than 90 percent. So, one of my best friends, Jenny, whom I had befriended during my doctoral studies, and I invited our women colleagues to tell their stories and share strategies on how to survive in that male-dominated academic environment.”

This led to a book, a critique of the fact that there are so few women in leading positions at the Stockholm School of Economics. It focused on how it was a huge loss to academia, business, and society in general that current structures, norms, and culture don’t provide equal opportunities for men and women to be able to realise their full potential.

So, when Linda founded Riteband, the world’s first marketplace for music, she called it “the revenge of the nerds”.

The concept of Riteband was inspired by an idea by David Bowie and David Pullman to issue “Bowie Bonds”, where the British superstar’s catalogue could be traded as stocks.

The idea, which will debut in the Riteband app in the second half of the year, aims to have songs belong to a musical stock market similar to NASDAQ. Based on their performance in streaming services, and promoted and distributed by fans, they can grow as stocks and make money.

Linda used to be teacher and researcher, and for a few years “worked as an analyst at a research-based company”. Before Riteband, she was the CEO of the music industry-backed umbrella organisation Music Sweden.

At #WITsthlm 2020, over 2,500 women came together to deliberate tech for an inclusive future

Invest in songs and get returns

Linda explains that Riteband is a marketplace for music where you can invest in songs that you like and stand a chance to get a return on your investment, just like on the stock exchange.

The platform is targeting upcoming artists from a variety of genres and will go live during the second half of this year.

“We look for music from artists who have a following. The fan base can be small, but there should be some shown interest in the music, because no one would be willing to support music that nobody cares for. In the long run, we aim to be open to any artist from anywhere in the world. Through partnerships with collecting societies, we can offer their members to join Riteband,” Linda says.

Though the platform will be launched from Sweden, the aim is to expand the artiste and user bases across the world.

“We want to see democratisation of music financing and financial inclusion of less resourceful artistes and music fans, from Latin America to Africa and other developing economies. Anyone with a smart phone will be able to download our app and join the movement of empowering creators,” she says.

The platform is developed on a patent-pending, machine learning valuation model, and built on historical data and other algorithms that can estimate the future copyright revenue at the level of individual songs.

So, before a song is floated on the market, the Riteband model sets a price and maturity, and splits up the song’s total value in shares.

When fans and investors have bought all shares, the artiste will be paid the full amount of future royalties through a direct transfer between e-wallets. The technology also allows for secondary market trading where investors can buy and sell shares between each other, like on the stock markets.

The intersection of music and fintech

Linda hopes to be able to prove the thesis that music has unrealised values, both emotionally and financially, and that if a creator’s rights aren’t respected, there is a risk of not having a culture.

“We do not want that future. Riteband wants to right this wrong. And we believe many people around the world want to get a seat at the table for the next revolution of intangible asset financing,” she says.

As a first-of-its-kind platform at the intersection of music and fintech, Riteband hopes to change the music scene in a big way.

“My grandchildren will tell their friends: ‘Can you believe that before Riteband, there was no open market for music where everybody could have a say on the value of music and where risks and rewards could be shared between creators and their supporters. Before 2020, music wasn’t valued like other assets in society such as gold, coffee, or company stocks. There used to be trade of music copyright going on in boutique finance shops and between music publishers and labels, but in these B2B deals, nothing trickled down to the artists. Not cool, huh?’”

Riteband has been awarded government grants of $150,000 and has also raised an additional $50,000 in venture capital. It hopes to make revenues from artistes’ fees and commission on transactions.

In the immediate future, Linda plans to close the next funding round and launch the app.