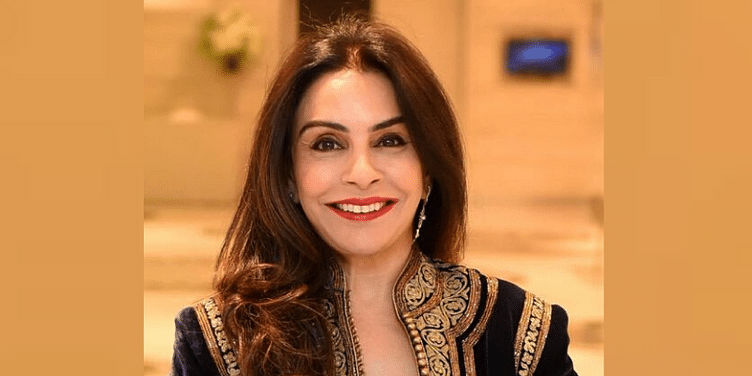 Harjinder Kaur Talwar, Founder of intelligent traffic and transport solution startup Comvision, took on one challenge at a time to achieve her entrepreneurial dream. Now, as President of FICCI FLO, she's empowering other women across India.

Harjinder Kaur Talwar’s father always saw that she had a knack for doing business. And at 23, Harjinder decided to start up.

It was in the 1990s, and she went to a bank for a loan of Rs 3 lakh, only to find out that women could not get loans, and had to enlist her father as a business partner.

Now, years later, familiar with the fact that the road to success for women is doubly stacked with odds, Harjinder is paving the way to empower women entrepreneurs financially as the president of FICCI Ladies Organisation (FLO).

In 1995, Harjinder started ﻿Comvision﻿, which conducted high-end computer training sessions for corporates in Delhi. After moving to Hyderabad after marriage, she saw that there were very few corporate companies at that time. To find fresh ground for the business, she decided to design products tailored for government use and gain one large client.

Her first project TWINS, which made delivering government to citizen (G2C) services more efficient, was presented to the then US President Bill Clinton during his maiden visit to India in 2000.

“The projects I did for Andhra Pradesh government became blue prints for other states to replicate,” says Harjinder, adding that she realised that in a country as big as India the "infrastructural sector holds a sunshine-like promise".

Comvision has since then played a huge role in effective implementation of e-governance in India. Currently, the medium-sized business has a presence in four cities with a strength of over 150 team members.

The startup was also associated with National Highways Authority of India (NHAI), working on e-toll solutions.

“Many highways in the country are using our solutions, and I am very proud to say that this is a completely 100 percent make-in-India solution owned by a woman entrepreneur in the MSME sector, and doing well,” she adds.

Hailing from a small town called Jind in Haryana, walking an unconventional path 26 years ago came with a heavy cost. She shares that traditional expectations, such as the fact that a woman would be submissive and a caregiver for the family among other things, were the first challenge.

“Even when I was running my business, those mindsets and thoughts followed me. It was emotionally and psychologically difficult,” says the self-made entrepreneur, .

Harjinder found her own way to handle situations. “I made sure that my house and workplace were close by so that I could run back home quickly to take care of my kids when needed,” she recalls.

Being an entrepreneur on the field presented its own set of challenges. Government officers initially did not take her seriously when Harjinder introduced herself as the core tech girl.

“I had to make double the effort and prove myself, first as a woman entrepreneur and then as a woman technologist. And then I would come at par with other men in the room and start my negotiations,” she says.

Looking back at over two decades of entrepreneurship, she says, “The journey has taught me that one has to be a fighter and not be afraid of taking risks, one needs to constantly innovate and hire a team of trustworthy people.”

Not reservations, but opportunities for women

At FICCI Ladies Organisation, Harjinder and her team are always looking for ways to extend economic empowerment to women. In doing so, she maintains the government’s role can go a long way in providing opportunities, not reservations.

Harjinder notes that 70 percent of women population in India reside in villages and are working in the fields, while most men migrate to bigger cities in search of a job. But women are not called "farmers" because the land is owned by the men in the family. The ownership shifts to a woman only when there is no male member in the family, as per Hindu Succession Act of 1956, she says.

In order to address their challenges and work towards a fairer system, she created self-help groups.

“In my one year as the President of FICCI FLO, I have presented enough papers and I am trying my best to get them the status of entrepreneurship. The day I achieve this is when I will have done justice to my post,” says Harjinder, who was presented with Leader of the Decade award by World Economic Forum in 2018.

The organisation is soon opening its 17th regional chapter in Bhubaneswar.

Harjinder says she spends every day interacting with women entrepreneurs across the country, and understanding their challenges and success stories.

“Business is gender-neutral, it does not differentiate between a man or woman. It is about commitment, and one needs to deliver whatever contract has been signed.”

However, Harjinder believes that women do make better entrepreneurs because they strategise better and can multitask. She urged women to actively network on social media sites, citing and appreciating Bollywood actor Neena Gupta for her "looking for job" post on Instagram.

“That’s how it should be...if you want business, you have to go for it,” Harjinder says.