Women's Day: Why healthcare all over the world is failing women 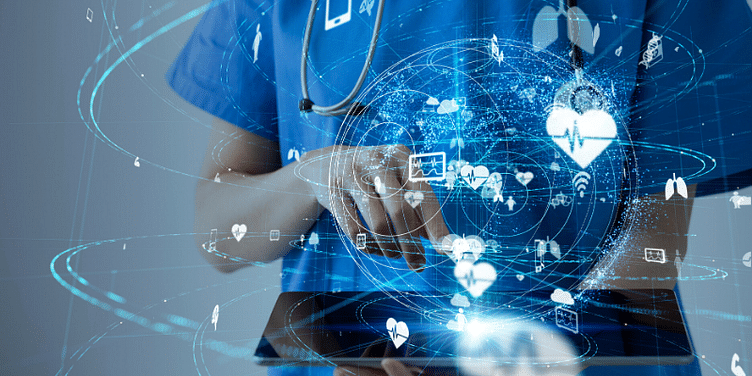 It is imperative to address the epidemic of gender bias in healthcare if we want to achieve universal health coverage.

A study conducted by The Heart Association and the National Institutes of Health reveals that women are less likely to get CPR from a passerby, and the reluctance to touch their chests is a main reason.

It is difficult to know what to make of the study or where exactly it fits into the myriad ways in which women are given the short end of the stick when it comes to equitable access to healthcare. Medical care is one of the essential services that should be free of gender discrimination. Sadly, it is not.

Without discounting the ways in which men fare badly, there is no denying that women are discriminated against by a significantly bigger margin.

This has been the case throughout history, with Aristotle referring to the male of the species as the form and the female as the matter right down to the medieval times when women were referred to as leaky vessels who were unbalanced because of their wombs.

From physicians recommending marriage for psychological disorders to Victorians committing women to mental asylums for no reason, we have seen it all.

The stereotypes and the bias

The patient stereotype runs somewhat like this. Men are not aware of health problems as much as women, pay less attention to their symptoms, and do not visit the doctor so often. To put it in another way, men are “silent sufferers” and women are “bawling banshees”.

Women tend to complain of poor health more than men only because they are evolutionarily primed to pay more attention to what is going on with their bodies. This still fails to explain why they do not get the treatment they need when they need it.

According to a 2001 study published in the Journal of Law, Medicine and Ethics, gender bias is prevalent even in pain management. A thorough examination of previous studies showed that women were more likely to be sedated when they complained of pain while men were given painkillers.

The study concluded that women received inadequate treatment by healthcare professionals. According to the authors, there is a deep-seated cultural belief that women’s reasoning capacities are limited.

In the 19 years since the paper was published, little has changed. If you think we have made progress, a cursory look at the news will be more than enough to set right your misconceptions. You will not at all be surprised to see cases where women are practically “gaslit” by physicians when they complain of pain. From being told that they are making it up to being asked to wait for physiotherapy, the cases are as varied as causes.

Women need to understand that they need to be more demanding when they visit doctors. If the system puts you at a disadvantage, then you need to take the initiative.

Women are by nature made to question themselves. So there is all the more reason for them to go with their instincts. One of the diseases for which this holds particularly true is endometriosis. Even though one in 10 women suffers from it, it can take years to get diagnosed. In fact, most cases are ignored by time-strapped physicians, and they pay real attention only when women are trying to conceive.

The prevalent attitude - that women are there chiefly to have babies - needs to change. It is not all right to tell teenage girls suffering from the condition that it will get better when they have a baby.

Mental and neurological health is another area where women are shortchanged. This is particularly seen in patients suffering from dementia. Women receive substantially worse care compared to men. They make fewer visits to the general physician, do not receive sufficient monitoring, and are put on heavy medication.

Although we know what is happening, we have failed to address the “why”.

One of the reasons could be increased life expectancy. Since women live longer and are more used to living alone, they do not have a primary care provider to help them. Even though more than two-thirds of octogenarians are women, they continue to remain the marginalised majority in geriatric care.

The writing on the wall is clear. Lack of egalitarian healthcare is a major problem, and the silence of the medical community is unsettling, to say the least.

We need to address the epidemic of gender bias in healthcare if we want to achieve universal health coverage. People are dying because of their gender, and physicians continue to remain blinded by their bias.

And unless we start treating everyone as a person with his or her own set of problems and needs, we are not going to solve the problem.

Savitha Kuttan is the Founder and CEO of Omnicuris, India's largest online CME platform that aims to improve the quality of patient care.