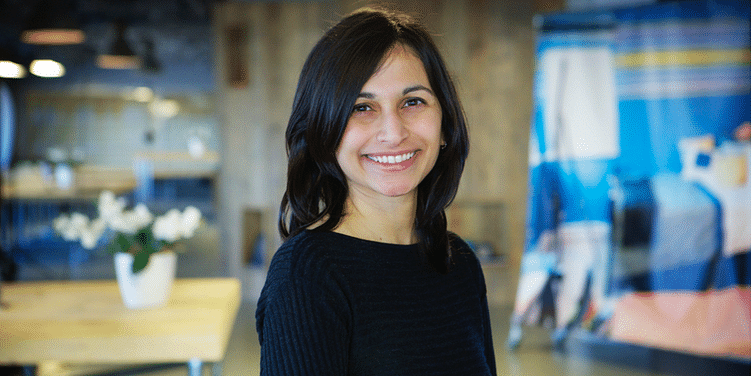 Undeniably, technology and entrepreneurship go hand in hand. These women tech entrepreneurs are making the best of both to address problems across healthcare and education.

Technology is the engine that continues to spur the growth of most startups across sectors in India.

Further, with trends like Artificial Intelligence (AI), Machine Learning (ML), Data Science here to rule the roost, it has become imperative for startups to stay abreast of it.

Take investor Mark Cuban’s word for it. “If you want to be relevant in business and understand all this discussion about AI, you have to do it or else you will be a dinosaur very quickly. There’s going to be ‘AI haves’ and ‘AI have-nots’, and if you are an ‘AI have-not’, then you might as well just rip out all the computers in your office and throw away your phones because that’s how impactful it will be,” he said at CES 2020.

Notably, women are making the best of this opportunity and using tech to address problems across sectors like healthcare and education. Here are some women leveraging technology to bring creative solutions to the fore.

Anu Acharya’s love for coding and computers has taken her a long way. In 2000, she co-founded a software company Ocimum, which built software and devices related to genomes. In 2015, the entrepreneur went on to acquire other startups in the field of genomics.

However, Anu noted that the data on the Indian genome was limited, even though India’s population is over a billion. This pushed her to start consumer genomics startup ﻿Mapmygenome﻿ in 2013.

Anu started with different markers and writing algorithms for risk prediction for traits, conditions, genetic components, and prediction of the genome.

Its Genomepatri maps an individual’s genomic build to ascertain the likelihood of various diseases and conditions. Powered by Artificial Intelligence (AI) and Machine Learning (ML), the startup has conducted genomic assessments of more than 200 conditions so far.

Hailing from Bikaner, Rajasthan, Anu spent most of her life in Kharagpur as her father was a physics professor at the IIT, Kharagpur. In 1995, she left for the US and pursued a Masters’ in Information Systems, which focusses both on computer science and management studies.

Pooja Rao noted that a poor doctor to patient ratio in India made it difficult for patients to get accurate and timely diagnosis. The 36-year-old took matters into her own hands and co-founded AI startup ﻿qure.ai﻿ in 2016 with Prashant Warier.

According to Pooja, Qure.ai aims at making diagnostic imaging like X-rays and MRIs affordable and accessible in India.

An MBBS graduate from the Maharashtra University of Health Sciences, she completed her PhD in neuroscience at the International Max Planck Research School in Germany.

Minal Anand set on an entrepreneurial journey with her edtech startup GuruQ in 2017. However, the Delhi-based startup does not focus on e-learning by providing content like most educational platforms.

Instead, GuruQ makes the best tutors available because Minal believes that the tutoring market in India is mostly home-based.

A graduate from Boston University with a finance major, Minal’s platform allows parents and students to choose tutors for specific subjects and school projects and draws the largest demands from the K-12 segment.

Besides services for school children, it also provides tutoring services in foreign languages and basic business communication skills for working professionals as well.

At present, it operates in the National Capital Region (NCR), Haryana, and Punjab, and claims to have more than 5,000 students registered on the platform so far.

It was in 2016 that the duo came together and founded NIRAMAI (meaning free of illness in Sanskrit) in Bengaluru.

The startup is known for developing a non-contact and non-invasive breast cancer screening solution. It is safe, privacy-aware, portable, and enables the detection of early-stage malignancy. Last year, it secured the gold prize at Japan’s Hack Osaka event.

With over 25 years of experience in IT research, Geetha is the CEO and CTO of NIRAMAI Technologies. She has also led many innovative projects in healthcare and transportation, and was named as one of the top 50 Nasscom IT Innovators in 2009.

Nidhi has also launched other innovative products like a mobile printing solution that earned her innovation award from the Wall Street Journal and Nasscom.