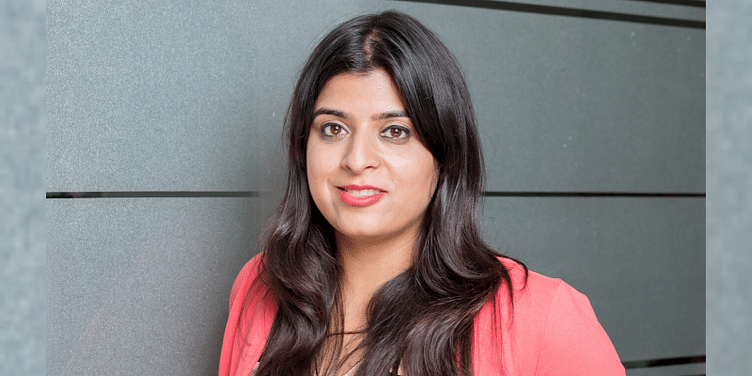 Pragnya Wakhlu quit her corporate career to follow her passion for music. She established Mousai, a startup that offers workshops and exercises on Tibetan Bowl sound meditation, voice for self-healing, individual and partner movements through dance, chakra etc.

Pragnya Wakhlu’s introduction to the world of music began in the same way as it does for most people, at a very young age.

At six, she was initiated into Hindustani classical music and since then, there has been no stopping her. Over the years, she went on to learn a number of instruments - sitar, harmonium, and the guitar, also took up Western vocals, and joined various bands.

Along the way, she completed her bachelor’s in IT engineering from Cummins College of Engineering for Women in Pune and started working as a software developer at Infosys in Bengaluru and then shifted to the US.

Pragnya continued with her music even while she was running the corporate rat race and also came to the realisation that there was a world beyond sound and music when it came to entertainment.

She felt that there was a lot more to explore about music and its therapeutic effects. So, she quit her corporate job in the US in 2008 and returned to India.

Also, coding did not feel feel like a meaningful purpose and Pragnya wanted to do something that could benefit people through music and movement.

“My goal was to integrate music with a purpose and create something new that would give me personal and professional satisfaction to be able to contribute in a truer medium. At that time, I was a bit confused about what exactly I wanted to do because there was nobody I could follow who had taken a similar approach,” says Pragnya, who bagged Free the Music award in 2003.

After a year of extensive research and studying various healing sounds, she went onto enrol in a four-month course on management in entrepreneurship from IIM, Bangalore. After completing the course, she founded Mousai India in 2009.

A musical path to healing

Mousai, Pragnya explains, is a Greek word, which refers to the trinity of the goddesses of art, poetry, and dance. In the journey spanning over a decade, she has juggled between offering services through her startup to various corporate companies and working on her award-winning music album as well.

The entrepreneur started with an initial investment of Rs 25,000, which was spent on registering the firm, building the website, and buying a few other assets.  She did not spend on advertising and preferred to approach potential clients directly.

Self-funded so far, the startup offers workshops and exercises on Tibetan Bowl sound meditation, voice for self-healing, individual and partner movements through dance, chakra and energy toning, positive affirmation and mantras for self-growth, and self-expression through music and movement.

Mousai has collaborated with NGOs like Wake up Pune and Akanksha, conducted workshops for AIDS patients, women, and children. Presently, it counts on companies like Gaia, Indusion consulting, and Principal Financial Group, among others as its clients.

One-on one sessions that last 1.5 hours is charged anywhere between Rs 3000 and Rs 5000. At the same time, those who cannot afford to pay the fees can pay how much they can.

Initially, Pragnya found it difficult to make people understand the nature of her work.  “When you talk about music, they think that we are going to make them do aerobics and when you explain, they don't understand what you are doing,” she adds.

Besides ﻿Mousai India﻿ practices and services evolving over the years, other factors like increased awareness on mental well-being has made things easier.

"When we approached different organisations initially, there was less emphasis on mental health and wellness as it is today. There's a significant transition in how companies are investing in their employees' mental well-being and happiness because they can now see that it affects their work.  Back then, the budgets were all either for fun or programmes like leadership development or presentation skills,” she recalls.

At the same time, Pragnya says making people aware of the correlation between physical body and thoughts was another challenge.

As an entrepreneur, she says, it was difficult to break into the space because people were not aware of the benefits. So, she’d conduct one session and let them decide if they wanted to continue.

However, she also recounts beautiful experiences where people reached out to her with positive feedback saying that they felt more connected. In fact, during one workshop, she says that a person who was feeling feverish in the beginning felt better by the time they completed the practice.

Going ahead, Pragnya is planning to conduct virtual workshops through online platforms. In this light, she says the lockdown has presented her with an opportunity.

“A lot of companies right now feel that their employees are not “connecting” because they are working from home. So, they want something that would engage and bring them together. We conducted two workshops on a trial basis and the results have been encouraging,” Pragynya says.