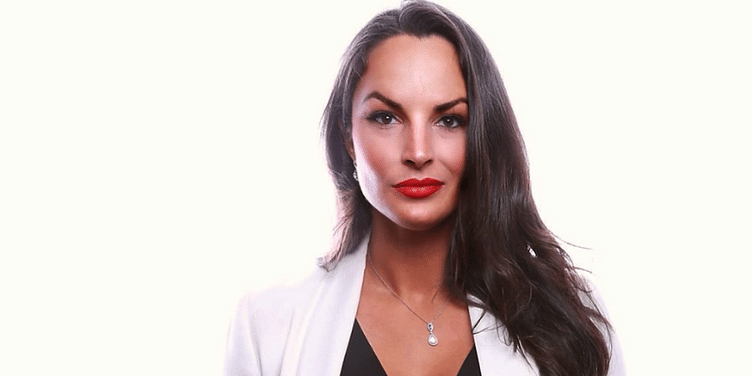 Lora DiCarlo was a pre-med student when she had the holy grail of orgasms: a blended orgasm.

A blended orgasm is when clitoral and vaginal orgasms happen at the same time.

“All I could think was, how could I do that again? There was nothing on the market that spoke to female and vaginal physiology,” she says, as she explains the pain point behind becoming a sextech entrepreneur with her eponymous company LoraDiCarlo.

Before delving into Lora DiCarlo and its award-winning devices that have changed the concept of sexuality for women, a backstory is necessary to understand the woman behind the entrepreneur.

An orgasm that flipped her world

Following her parents’ split, Lora worked four jobs - from dance teacher to bartender and everything in between - while completing her junior college.

“That’s when a couple of friends noted that I wanted to help people and that I would make a great nurse, so I went for it and started nursing at the bottom of the ladder. That’s when I thought that I would become a registered nurse, then a doctor, and I would save the world... I looked into the Peace Corps but they only accepted applicants with their Baccalaureate, so I switched my focus to the Navy,” she says.

Six months later, at age 22, she nailed a full-ride academic scholarship as a midshipman to become a Naval Nurse Officer. “As a midshipman, I learned a lot about myself as a leader, a strong female, and the disparity between binary genders,” she recalls.

Lora left the Navy on honourable discharge to care for a family member. She also moved to Portland to finish her education and pursue her medical doctorate to become an orthopedic surgeon.

“A couple years on, I had the orgasm that flipped my whole world on its head. That’s when I decided to start my own company in pursuit of a more thoughtfully designed and physiologically based product that focused on the female orgasm, in hopes of slamming the orgasm gap shut,” she says.

In 2017, she left med school to start Lora DiCarlo and introduced the world to sex tech inspired by human movement.

The first thing she did was gather data from 200 women - close friends, contacts, and friends of friends, etc. Once the product began to take shape in prototype form, the company surveyed 2,000 more people.

A product that appeals to all genders

Lora explains that Osé, with a flexible body and custom controls, empowers people to explore their pleasure profile and wellness by simultaneously stimulating the G-spot and the clitoris to create a blended orgasm.

“We are the only micro-robotic bio mimetic device designed for vaginas. Osé is a very innovative and technologically-complex pleasure device. It has multiple patents that cover advanced features, including micro-robotics, soft robotics, mechanical engineering for biometric functions, and advanced material science,” Lora says.

From being banned to accolades at CES

In many ways, Lora DiCarlo has managed to help women take charge of their sexuality. But the journey has not been without challenges.

When Lora told Dr John Parmigian, Research Associate Professor in mechanical engineering and Oregon State University about the product, she wanted to collaborate on creating with the robotics programme and engineering lab, he was hesitant at first. But, the hesitation was in the past when she gave him a list of technical specifications.

Then, there was the controversy at CES 2019, the world’s largest consumer technology event. The Consumer Technology Association (CTA) rescinded an Innovation Award given to Osé, as they deemed it to be “immoral, obscene, profane, and indecent”. The company was also excluded from the event.

“The CTA contacted us afterwards to apologise and offered to reinstate the award. We expressed our position that sexual health and wellness innovation should be allowed at the show, and advocated that it be categorically included with health and wellness at the show. We worked closely with them on what those policies should look like and appreciate that our feedback was received,” Lora says.

As a vindication of its mission and commitment, Lora DiCarlo made a triumphant debut at CES2020 with two devices.

While Osé is its award-winning device, the company is also all set to launch Onda, the first handheld, micro-robotic pleasure device to “replicate the natural motion of human fingers to deliver an elusive G-spot organsm”.

After Onda, Lora DiCarlo plans to launch Baci, an intuitive micro-robotic pleasure device that stimulates the feel and motion of the human lips and tongue.

Towards good sex and wellness

The company has so far received $5.3 million in funding from a group of investors.

Last week, Lora also spoke on the COVID-19 situation and its impact on the company.

“Quarantining has just started in earnest in the US, so it’s a little early to have specific data that shows an uptick, but our sales have been consistent this far, even as we move further away from the initial launch window, which is a good position to be in. We expect to see increased interest as people stay home while the crisis continues to unfold. This is a great time to be mindful of your sexual health, which has proven benefits beyond pleasure: enhanced moods, better sleep, and reduced stress,” she says.

Now that Osé is on the market, Lora is looking forward to the launch of Onda and Baci.

“We hope to have two more products out soon after that. Our goal is to continue to stay at the forefront of the wellness-tech space. We will always continue to advocate for gender equality and inclusion in business and tech, and work to alleviate the stigma surrounding sexuality and pleasure,” Lora says.