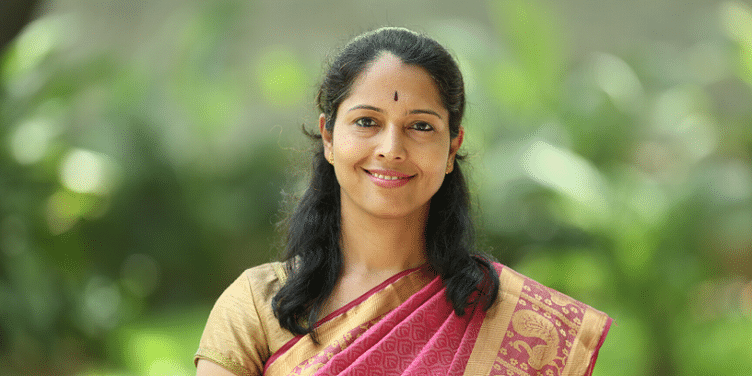 After an illustrious career in the Information Technology (IT) sector for 15 years, Nanda Chougule turned entrepreneur with Digisec360, a cybersecurity startup that helps organisatons steer clear of cyberthreats.

In January 2020, India recorded 560 million internet users – becoming the second largest internet user base – from approximately 300 million users in 2016, according to AIMResearch and Jigsaw Academy. This number is expected to reach 600 million by 2021.

At this rate of internet adoption, it is natural that most organisations would choose to go digital for a seamless and efficient workflow. On the other hand, rapid digitalisation also means increased exposure to cyber threat.

This increasing internet penetration in India has also spawned many success stories.

This is where Bengaluru-based cybersecurity startup Digisec360, founded by Nanda Chougule comes.  The startup aims to keep businesses and organisations with a heavy digital presence safe from cyberthreats.

Nanda Chougule, who started the company in November 2018 is now part of the burgeoning cybersecurity market in India, valued at $ 6.7 billion and poised for significant growth in the years to come.

Nanda’s love for digital technology led to an illustrious career of 15 years in the information Technology (IT) sector. She was earlier associated with TATA Elxsi in Bengaluru and Samsung’s Research and Development in India and has worked with global teams and customers across Japan, Europe, the US, and South Korea.

But Nanda says she wanted to break free from the monotony of corporate life and try something that challenged her.

In 2015, she quit her job at Samsung and spent three years researching on cybersecurity. “Sixty percent of organisations in India have already encountered cyber threats. Though the IT infrastructure has significantly changed with cloud, endpoints, mobile devices etc., cyber hygiene is the weakest point for many organisations,” she notes.

However, 2018 was an eventful year for the entrepreneur, when Digisec360 went from being an idea to a startup as Nanda learnt the ropes of entrepreneurship at IIM, Bengaluru’s incubation centre NSRCEL, as part of the Woman Startup Programme.

Identifying itself as a ‘security as a service platform’, she says, “being a service provider helped us understand our customer closely and conceptualise our product Cyber Essential platform, covering three tenets of people, process, and technology.”

“These include cybersecurity awareness (related to people), vulnerability assessment (related to process) and endpoint security vulnerability managements solution (related to technology),” the technologist-entrepreneur explains, adding that plans can be customised depending on the organisation’s needs with a price range that begins from Rs 1 lakh.

Nanda believes cybersecurity in the current scenario mostly relies on educating and creating cyber awareness amongst individuals and teams and that cyber resilience is more critical now than ever before.

The startup targets organisations with a heavy digital presence including those in finance, healthcare and edtech sectors that are more vulnerable.

In 2019, the startup forged a strategic partnership with Vicarius, a cybersecurity firm in Israel.

Her work has gained international recognition as well; Nanda was included in Top10 Revolutionary womEn in cybersecurity in 2019 by Industrywired magazine among Women Owned Cybersecurity Companies In The US and internationally.

Bootstrapped so far, Nanda says they are looking for government grants and angel investment for financial support.

The entrepreneur has the Karnataka CID cybercrime department (CCITR) among its clients and helps them manage cybercrime data effectively.

Prior to starting up, Nanda used to visit the cybercrime police station at Infantry Road in Bengaluru and interact with victims and the police to understand problems from both sides. Soon, Nanda ideated a cybercrime analytic platform during the incubation period at IIM, Bengaluru.

She recalls, “We went with a proposal to the then Director Genral of Police (DGP) of CID at Carlton House and presented our solution platform, explained the benefits and he liked it. As the deployment took six months, we trained more than 600 police officers in the cybercrime department across Karnataka.”

Today, the data analytics platform is being used by cybercrime units in the state.  It provides information on various crimes taking place in each district with the victims’ age and gender. The police use this data to conduct targeted awareness campaigns.

The entrepreneur says gaining trust and belief as a woman leader and technologist in the male-dominated cybersecurity space was a challenge. What worked in her favour was a clear communication of ideas, and letting her work do all the talking.

She feels that shifting from a comfortable corporate career to entrepreneurship was a ‘giant leap of faith’. “Being a first-generation entrepreneur, I had to learn the basics of business management when Digisec360 was founded,” she adds.

Today, Nanda advises aspiring entrepreneurs to let their passion guide them and to use their skills and talents to deliver innovative and simple solutions for the greater social good.

My mother, my superhero