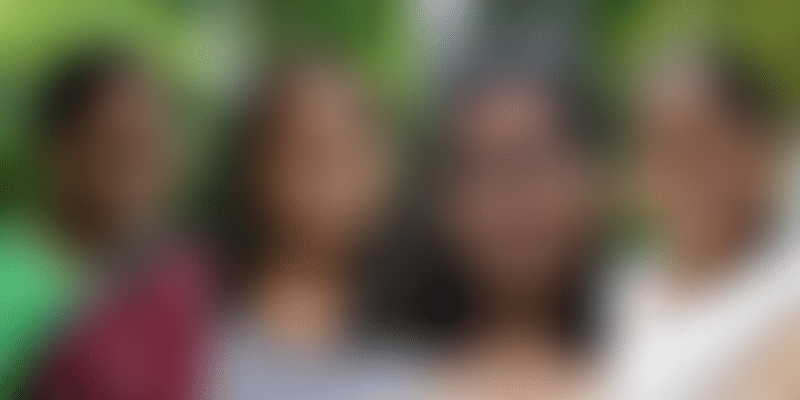 The COVID-19 pandemic has brought to the forefront citizens — a large number of them women — helping vulnerable communities like tribal people, rag pickers, and their children who are bearing the brunt of tough times.

The outbreak of the COVID-19 pandemic in India has led to a pronounced class difference among Indians; practising basic safety measures, staying at home, and social distancing is a luxury for the marginalised.

People from lower economic groups, including daily wage earners and migrant workers in the cities are the worst affected. As relief measures from the government are not enough, a network of women leaders are taking matters into their hands and helping people in different ways.

Deepa Pawar is Founder-Director, Anubhuti, an NGO working toward equity, justice, and democracy to enable every person to realise their rights to dignity, access, and expression.

A member of a vulnerable nomadic tribe, Deepa turned to activism at 14 and has spent nearly two decades working with women, organisations, state and local governments to further the cause of gender, health, rights, community development, and sanitation.

When the news of positive COVID-19 cases in India started coming, Deepa knew that the most marginalised communities, which includes the tribal communities and the nomadic tribes she belongs to, would face the brunt of it.

“They have lost their livelihoods in the nationwide lockdown and all meagre resources have dried up. Despite this, they are required to pay to use public sanitation facilities.” she shares.

In the first week of lockdown in March, Deepa and a team of volunteers started identifying nomadic tribe (NT/DNT) families across Maharashtra. The team transferred an amount of money to 88 families in 10 districts, especially remote areas with no “awareness of even helplines and relief operations.”

The team has distributed dry ration kits to more than 1,300 families from nomadic tribes or adivasis (ST) working in brick kilns.

Along with relief work, Deepa continues to work on raising awareness through video production. As a core member of Nomad Liberty Movement, Deepa has been instrumental in calling politicians into action by sending letters to the Chief Minister of Maharashtra and several district collectors, regarding the plight of these communities living without shelter, food, and sanitation.

At the same time, she also highlights the importance of mental health amid the pandemic and has supported 100 families from such communities to help them cope with the situation.

“We are also providing scholarships for young women from the above-mentioned backgrounds, whose education will be the first long-term casualty once this crisis is over,” she adds.

Sabah Khan, Co-Founder of Parcham is currently working as a consultant to the Transforming M East Ward Project, an action research project of the Tata Institute of Social Sciences (TISS) that seeks to create a model of inclusive urban development in M East Ward, the poorest municipal ward in Mumbai.

As part of her COVID-19 relief work, she worked with a response team set up by TISS to provide ration to 1,000 families and has committed to provide another 4,000 packets.

Previously, a member of the Muslim Women’s Rights’ Network, advocating the rights of Muslim Women and Gender Just laws, the woman leader may be well-known for introducing the football initiative for adolescent girls in Muslim ghettos.

"We are distributing ration to some of the football trainees in Jogeshwari and providing rations and medicines to those in need in Mumbra. We are transferring money to their account because we don't want any of our volunteers risking exposure,” Sabah says, adding that members of Parcham are also volunteering for a lockdown relief helpline.

As programme coordinator of Avani Foundation in Kolhapur, Anuradha Bhosale has been an ardent supporter of the waste pickers’ community since 1995.

Working in the districts of Kolhapur, Satara, and Sangli, the organisation provides shelter and food for over 186 homeless people and more than 400 children, supported by the Government-funded community kitchens in the area.

In addition to fighting for the rights of waste pickers, the leader also prioritises the education of the children of the waste pickers’ community and imparting other life skills and leadership training as well.

Amid the rising threat of COVID-19, Anuradha is providing masks, gloves and other necessary equipment to waste picking women to help them resume work.

Since waste picking during the pandemic can lead to fatalities if the virus is contracted, she has currently reached out to 400 families and hopes to support a total of 2,200 families. She is also resorting to crowdfunding to achieve this feat and shares that $18 will help a household survive for one month.

Her current work also involves advocating for waste pickers to be included in a new insurance policy announced for cleaning staff which amounts to Rs 50 lakh.

Coronavirus: Access to menstrual hygiene impacted due to the lockdown, study reveals

As a president of Gramin Mahila Vikas Sanstha (GMVS), Kushaverta Bele works with women’s self-help groups and empowers them to be financially independent by granting loans and encouraging them to save.

While following the government’s lockdown rules is important, she felt that it was imperative to make the people in Deoni, Maharashtra aware of the global pandemic.

“We are broadcasting recorded audio on moving vehicles asking people to take precautions against coronavirus, the importance of a diet to enhance immunity, and washing hands frequently, and social distancing."

In partnership with the Paul Hamlin Foundation, her non-profit organisation has conducted a survey on early child marriage and the resulting violence. The findings from the study were used to sensitise the local police, and village chiefs on the issue of child marriage.