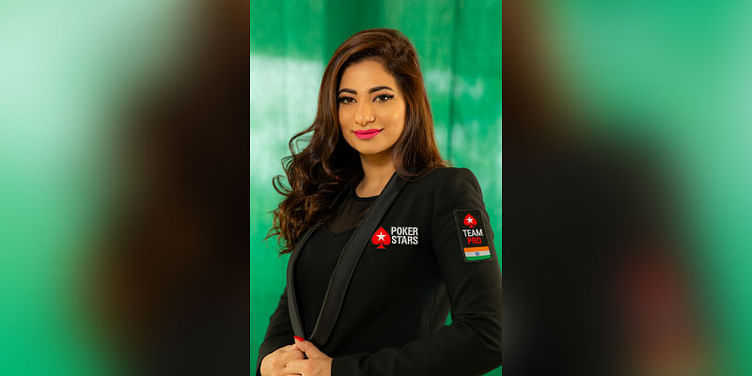 Muskan Sethi, India’s first female poker player, is promoting the game as a mind sport and inspiring other women to follow in her footsteps.

Online poker was usually associated with men. Until a few women played their cards right and busted that myth!

Among the world-class players like Vanessa Rousso and Annette Obrestad, India’s first woman player Muskan Sethi is flying high with her successes at the green table. Her wins are also encouraging other Indian women to take to the game.

Muskan is thrilled with the turn of events. “Every day, there’s a woman winning a poker tournament. It’s liberating as poker is the best investment for your mind. What else in the world can you do when the only thing you are risking is your own skill? You can even play in the confines of your home.”

Early initiation into the game

Muskan’s initiation into poker at the age of 11 was through her father who used to watch poker games. In fact, her parents used to play card games. Her grandmother also used to play poker before she was born and was called ‘The Great Gambler’. Once she was born, they decided not to touch cards.

“I was a curious child in the sense that I loved strategic card games. I started playing Zenga Poker, a free game on Facebook, and my interest just took off,” she recalls.

She also reveals that during the time, she had a different career ambition every week and never followed up on it. “I wanted to be an artist, then a tennis player, and this just went on. But one thing was sure: I never wanted to be a corporate slave,” she says.

It was her then boyfriend who introduced her to the world of online poker. He saw her doing so well on “play money” that he insisted she now start trying poker in the real world.

Her winning hand trumped a lot of players that they jokingly asked her to move elsewhere, because she was winning a lot. When she won on Pokerstars, she was among 70,000 entries to be chosen to play in a tournament in Barcelona.

“We were four people and playing for a tournament telecast on a UK show. There, I basically blocked the biggest poker player in the world and word got out that there was a girl from India who plays poker. And the rest, as they say, is history.”

It was a huge thing when because Muskan started her journey, there was “not a single professional poker player in India”, not even male. No one was signed on as an ambassador or even given a job.

Her success changed all that. On her return to India, she was given an opportunity to start a poker company and induct the first batch of professionals.

“And so, we became India’s first professional poker players. I had started at a recreational level and never imagined I would go to Las Vegas to play for two months in a year. I have been doing that for seven years,” she says.

The reactions were mixed. Many wondered how Muskan could fashion a career out of poker. Also, when she was starting out, people would tell her parents that no one would marry their daughter and how could they promote gambling.

“Poker is a mind sport. It’s more complex than chess. If you are a good poker player, Wall Street will pick you up just like that, because they know you are good at risk analysis and decision-making, and you are good with risk versus reward. I had to educate people on all this,” she says.

In the beginning, when Muskan played with international players, they gave her a hard time on the table. That’s when she realised that she had to hone her skills further to move forward in the game.

Today, she has a mind coach who helps her separate thought from action to play the right game on the table, a fitness coach because stamina is very important, and a poker coach. “Every game is recorded and run through software that goes through each move and is analysed as to how differently the game could have been played.”

She says it’s heartening to see a number of women enter the game and win loads of money. Offline tournaments are also giving impetus to the game and providing volume - a player can play as many as 10 tournaments in one night.

Muskan says poker volume is important to “see the results of your practice, apply what you have learned, and see how skillful you are”.

On qualities needed to become a good poker player, she rates patience as the highest. “You need to be patient and understand that there is no luck factor. It’s a game of skills and you have to respect that.”

According to her, poker is a lucrative career in the sense that your good bankroll management skills will help you make a living out of it. If you play structured poker, start training yourself, even if you don’t win, she says, adding you won’t lose any money.

Muskan also talks of an overwhelming moment in her career when she won the National Award. “I was at Rashtrapati Bhavan with all those incredible women around me, including Dipa Karmakar, the family of Kalpana Chawla, and others and really felt blessed,” she says.

Her advice for women who want to take up the sport is “not to listen to anybody who doesn’t know the sport. Also, never be ashamed to take suggestions from experts”.

In the future, Muskan wants to continue to play poker, be involved in social causes she is passionate about, and promote mind sport among women.