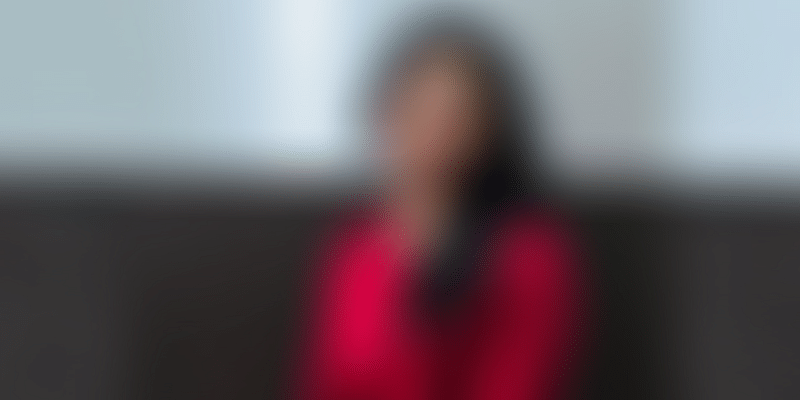 Sirisha Gondi was introduced to entrepreneurship early in life, when she was just 16 years old, when she would help out her father who ran his own business in the trading and infrastructure industry in Chennai.

Her love for problem solving and thinking out-of-the-box was visible during that time. Inspired by innovator and entrepreneur Steve Jobs and the iPhone revolution in mobile phone technology, Sirisha decided to embark on her own entrepreneurial journey with WooBloo in 2016, along with her brother and co-founder Lakshman Sandeep.

Headquartered in Raleigh, North Carolina in the US and an office in Hyderabad city in India, the startup is part of the fast-growing Information Technology – Business Technology Market (IT-BTM) sector that is expected to grow to $ 350 billion by 2025, according to India Brand Equity Foundation.

The entrepreneur believes a “smart and intelligent” device should be able to simplify people’s lives. The founders began by looking at offering personal assistant services by using a simple mobile app, but soon realised that the mobile app space was crowded, with app fatigue among users becoming more apparent.

In early 2019, the startup pivoted into leveraging emerging technologies like artificial intelligence (AI)-powered voice assistants, internet of things (IoT), and gesture recognition to create products that are future ready to satisfy the evolving consumer needs.

More than a year later, it led to the startup’s first product WooBloo SMASH, ready for launch in July this year, has garnered positive pre-launch feedback so far.

A multi-purpose IoT device, it functions as a smart speaker, powered by the AI engine of Amazon Alexa, smart projector with in-built video streaming apps and channels including Prime videos, YouTube, Netflix, Disney Channel, Pluto TV, CNN. The users can also opt for concierge access around the clock on a monthly subscription basis.

This, the entrepreneur says, fills the gap between what smart assistants like Amazon Alexa can deliver versus what users might need.

Currently targeting the global audience across the US, Canada, the UK, Australia and India, the startup is expecting to achieve a revenue of $500,000 this year, post launch.

Bootstrapped so far, the team at WooBloo is in talks with investors regarding growth and expansion plans.

She explains, “It is important to note that we are not competing against technology pioneers like Amazon and Google. In fact, we are partnering with them by making their technology available through our device.”

“However, most of our competitors are traditional hardware companies based in the US. We are among the first few startups trying to disrupt the space by combining hardware and services on a single platform,” adds Sirisha, who is also a certified yoga-trainer.

Into the world of tech

Sirisha, who holds a bachelor’s in computer applications from the University of Madras, was earlier associated with the talent acquisition team at Genpact. While starting up, carrying out market research to validate their idea was the first challenge. The other was raising capital.

“Though a lot of noise is made in the market about providing access to capital for startups by the Government and venture capitalists, none of this is directed towards hardware startups who have Proof of Concept (PoC),” she says.

She adds that most funds go towards products, which have been already launched and are earning successful revenue figures. “This makes it very challenging for startups like us who need to invest a lot of capital to ensure that our product is launched,” Sirisha adds.

At present, as most economic activities have come to a halt due to the COVID-19 pandemic, the startup is facing difficulties in connecting with China and the US where product design and manufacturing takes place.

“Since this is an extraordinary situation which is beyond anybody’s control, we need to accept it and move on. Our commitment to our employees’ health and safety is our first priority, regardless of business performance and we assure continued employment in this trying time,” she explains.

A firm believer in gender equality, she started a gratitude movement called LWW Global which expands to Linkedin Wonder Woman. The idea was to thank the women who are making a difference by impacting people’s lives, and she has awarded gratitude certificates to over ten thousand women across more than 100 countries.

“This shows that a lot of women are creating impact. I believe they are already empowered and it’s just a matter of time to equal that of men,” she says.

However, during her interaction with women at engineering colleges and women’s forums, she finds that young girls do not receive guidance to take their dreams forward and also lack funds to scale their business.

At the same time, she advocates instilling an entrepreneurial spirit at a young age, which “will help women understand ways to deal with people, the art of selling and managing finances, and most importantly, how to handle losses.”

Women’s Day: 5 Indian women philanthropists who made a difference during the pandemic