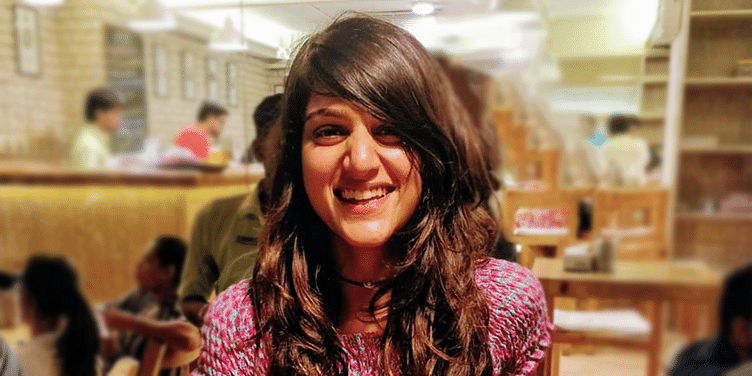 Saaniya Mehra and Zane Barboza are founders of ADIRO Labs. Their initiative, Project AASHA, offers a DNA kit that will transform the way evidence and samples are collected from victims of sexual assault.

Worried about the spate of sexual crimes against women in the country, and buoyed by a passion for socially relevant solutions that bring an impactful change in the world we live in, two young graduates decided to start ADIRO Labs to transform DNA evidence and sample collection in the country.

Mumbai-based Saaniya Mehra and Zane Barboza – the founders of ADIRO Labs – were both pursuing their undergraduate studies, the former at MIT Institute of Technology, Pune and the latter studying BSc at Himalayan University, when they began working on a product to address the needs of evidence collection from victims of sexual assault.

“During the initial phase of our prototyping and design concept generation, we met the former Union Minister for Women and Child Development, Maneka Gandhi who assisted us with a letter of encouragement and support. Post the finalisation of our prototype, we felt that this product was important and relevant enough to bring into the real world,” Saaniya tells HerStory.

Their initial research showed that were was a lack of standardised methods to deal with the various kinds of evidence and sample collection in the country, which led to a drastic drop in the number of viable DNA and evidence samples presented in the courts.

Saaniya explains, “DNA evidence allows the court to take a confident, informed decision. This results in an increase in the number of convictions, thereby reducing the number of criminals roaming free in our society. This may even effectively discourage this crime and decrease the number of crimes committed over the years to come.”

ADIRO Labs was founded with a mission to research and design relevant solutions in the public health and law enforcement sectors. Through the startup, the duo initiated Project AASHA. Launched earlier this year, it is a social cause that focuses on citizen empowerment and women's safety.

The implementation of the AASHA DNA Kits, according to the founders, will promote a government-approved, systematic, uniform procedure that employs the use of high-quality DNA collection equipment to assess a victim of sexual assault from head-to-toe, collecting any evidence that may be submitted for forensic analysis.

“Our primary aim is to equip our Indian investigating officials with equipment and tools of the highest standard to increase the efficiency of investigations in the field,” Saaniya elaborates. They aim to make the kits available at all medical and law enforcement agencies across the country, even those operating in remote areas.

The products are manufactured at their office space in Mumbai and can also be customised. The target audience lies within the B2G space, specifically in the public health sector and in law enforcement. Saaniya believes that the indirect beneficiary is every citizen in the country. They hope to sell the kits to state governments that are modernising investigations in the field.

The founders find it challenging to raise grants for Project AASHA in the public healthcare sector.

“With the advent of the DNA bill in July 2019, the importance of DNA-related technologies in India has come to the forefront and we hope that in the coming years, our solution will be adopted on a pan-India level to standardise the approach of medical examiners in the case of evidence collection from victims of sexual assault,” says Saaniya.

However, they are happy that the content list and guidelines they worked on with various experts in the government forensic community were published as standard guidelines by the Ministry of Home Affairs in 2018.

AASHA kits have been onboard by many organisations like the Bureau of Police Research and Development HQ, New Delhi; Police Department Andaman and Nicobar; State Forensic Science Laboratory, Uttar Pradesh Police; Home Department, Uttar Pradesh State Government; Chief Medical & Health Officer, Bhopal; Public Health and Family Welfare Department, Madhya Pradesh, and other major hospitals. The company is presently in the process of kick-starting a pilot project in Maharashtra under the State Health and Family Welfare Department. The project is currently stalled due to the coronavirus pandemic and lockdown.

Though bootstrapped, ADIRO Labs is part of the community slate programme at WE Hub, a social enterprise accelerator for women from the Government of Telangana.

“Through the programme at WE HUB, we have learned to revisit the core aspects of our business, financial planning, customer planning, and entrepreneurship as a whole. Through our journey, we have learned the importance of constantly innovating and re-evaluating our position in an ever-changing market space. WE HUB has also helped us promote our brand image and company,” she adds.

Following the COVID-19 pandemic, ADIRO Labs has adapted to the changing scenario by facilitating essential supplies to local government institutions in Maharashtra, and MCGM – the nodal point for the distribution of PPEs to all state government hospitals. Currently, their activities are focused in Maharashtra, though they are not limited to supplying PPEs to other states, if approached.

The founders’ future plans consist of ensuring that AASHA kits are adapted in every state pan-India, and to promote the standardisation and modernisation of evidence collection procedures.

“Through this, we aim to increase the influx of viable evidence into the criminal justice system and further enable speedy prosecution and justice for every citizen in our country,” says Saaniya.