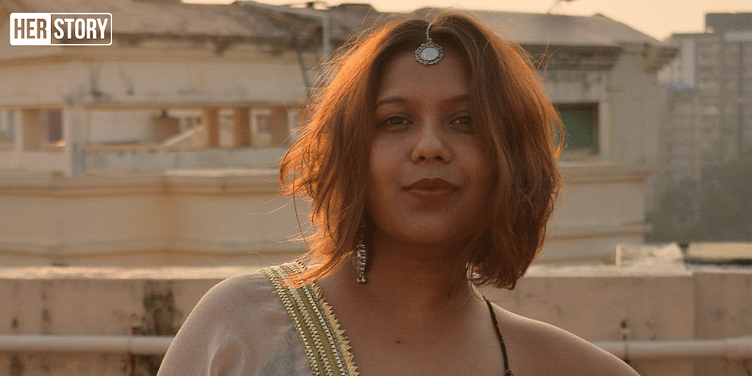 Folk singing sensation Aanchal Shrivastava started her career in singing in her early 30s, and has now launched TAA Music Label to help newcomers in the industry.

Aanchal Shrivastava is a well-known name in the folk and Indie music scene. She has worked with Coke Studio Pakistan artists, and is also the sweet voice behind the heart-warming song, Din Shagna Da, for the web series Four More Shots Please.

Aanchal was in her early 30s and had a corporate career for nine years before she decided to quit and go against all odds to pursue her passion for music.

Singing from the age of three, she credits her parents for introducing her to music. She got her first music lessons in a small town called Chanda in Maharashtra. However, music was to remain just a passion, until she decided to follow her passion and choose music as her career.

Aanchal’s parents love music, and folk music has always been a part of her life. Her father hails from Madhya Pradesh and her mother is from Uttar Pradesh, and she grew up listening to folk music from both the States. Her parents also sent her to various gurus to learn different music forms.

Later on, she went to different places to pursue her studies, worked as a radio jockey, and also worked at a PR firm, and it was then she got introduced to other forms of folk music.

Journey from corporate career to music

Even before she quit her job in 2018, Aanchal was doing gigs with her band ‘Yatra with Aanchal’, which is known for its folk and Sufi music.

However, she credits her brother Lakshya, who is also the band partner, to have pointed out that her folk music was far more popular than any other genres that she used to perform. Her affinity for folk music also got her an opportunity to work with Coke Studio Pakistan artists for the song, Laut Aao Na. And as they say, music travels faster than words, and she got an opportunity to sing for the popular web series, Four More Shots Please.

Speaking about how the opportunity came about and the experience, Aanchal says, “I generally never say ‘no’ for any sort of music or dubs, but this one was a big ‘yes’. This was the best I could have ever asked for myself - not the song in the series, but the visual - my voice for a gay wedding song – and the feeling was blissful. To voice for an expression of love with a thought that pure was bigger for me than anything at that point of time.”

Since the age of four, Aanchal was very serious about singing. Even though it took her years to realise that singing could be a career choice, she quickly managed to build a niche for herself.

However, the challenges of establishing a career as an artist were mammoth.

“I didn’t know where to start from or what to do. If I should write a song, sing it or sing an existing song or what else to do. I was so confused that I did almost everything, which every other new-bee was doing - covers, photoshoots, and random dance videos, until my brother came to my rescue,” says Aanchal.

She says her younger brother, who is a social media marketer, helped her define her sound and platforms, and also helped her to put things together. If it wasn’t for him, Aanchal feels she would have given up much earlier.

Even after being an experienced singer in the industry, she still faces challenges like identifying a music producer who brings out the best in her voice. Money and investors for projects is another issue. Running from one label to another to release her song or making multiple calls to convince the label to give her royalties or money became a sour experience, she says.

“We are more like freelancers who never have a stable or regular income. There are days and months which do not work as well as others. Consistency and persistence becomes  key and a challenge too,” Aanchal adds.

Aanchal’s experience of running from pole to post for recognition led her to start ‘TAA Music label’ to help new talent flourish. She and her co-founders, Tarun Jolly and late Ashish Saxena, envision to help fresh voices and new content.

“TAA Music label is an artist-driven platform that believes in growing by becoming a catalyst in the growth of the artist. Starting from the scratch till the release of the song, everything - be it marketing or distribution of the song - is managed by the TAA Music Label team. We do not care if the artist has zero activity on social media, but it is the talent that matters. Everything else is secondary,” says Aanchal.

Aanchal is currently involved in identifying talent through events, social media, and other means. She says, TAA plans to bring differentiated content and mark its own sound. Its emphasis is on bringing new artists and more content in the ‘Earthy' style and genre with music production. It hopes to be known as ‘Sound of the Nation’ through showcasing artists from across the country. It has already onboarded five artists, including Aanchal.

With TAA Music, Aanchal wants artists to make music and sing their way and get due recognition without having to worry about money.

“We are the label for talented nobodies who go unnoticed,” says Aanchal.