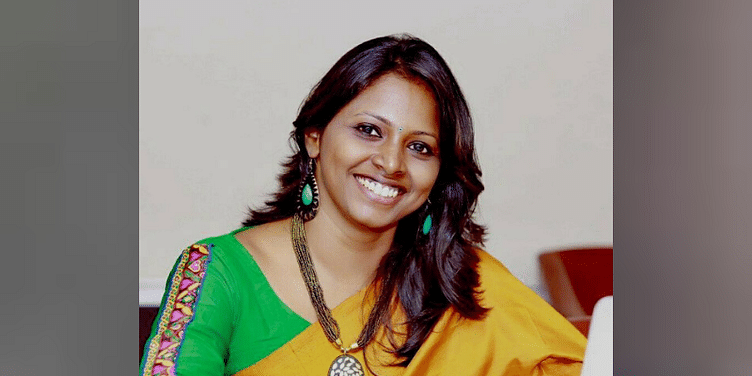 Prayaana Labs, founded by Chandra Vadhana, helps girls and women follow their professional and entrepreneurial dreams through various initiatives like the Comeback 2 Career Mission, ecommerce platform Prayaana Collective, and others.

Kerala-based Prayaana Labs was started with the aim to help women pursue their academic, professional, and entrepreneurial dreams. The COVID-19-induced lockdown, which impeded the work and growth of most organisations, made a different impact on Prayaana Labs. Despite the coronavirus’ far-reaching consequences and effect, business-wise it led to the startup expanding pan-India.

It has also made the best use of virtual interacting happening during his period by launching a daily webinar series The Future Talk on YouTube. It has featured over 60 episodes in the last two-and-half months on varied topics - yoga and mental health, design thinking, and financial freedom, among others.

An MBA graduate and PhD scholar from the Cochin University of Science and Technology (CUSAT), Chandra Vadhana worked on a government project before taking a long maternity break that extended to five years.

In between, she pursued a Master's in Psychology and started freelancing as a soft skills trainer. She also juggled other roles, as a voiceover artist, and radio jockey before finally landing a job as a faculty member at Toc H Institute of Science & Technology (TIST).

The itch to do something on her own made her take the entrepreneurial plunge in 2014. She started with a small recruitment consulting company 4Tune Factory. She had to do it all alone, and received no support from her family members or others.

“All the struggles I faced as a woman trying to re-enter a career and try to do business as a first-time entrepreneur made me realise the struggles that women undergo in our society when they try to follow their dreams,” she shares.

This later led her to launch Prayaana Labs as an Employability, Entrepreneurship, and Innovation Ecosystem for Women, in October 2017.

Chandra felt that was a great loss for the economy, and knew it had to start with individual women by taking ownership to script their journey, and thus, named the ecosystem she was to build Prayaana Labs (meaning journey).

She aimed to build a space that encouraged women not to compromise on their dreams, no matter what situation or difficult phase of life they were going through.

Chandra was joined by Keziah Thomas, Lalitha Mathew, and Jessica Mundroina as chief mentors. The team began by conducting a series of career orientation programmes for girls on campuses, before launching the Comeback 2 Career Mission to help homemakers re-enter the workforce in mid-2018.

The mentors’ handhold and coach woman in developing various skills and confidence to work in a professional setup. The organisation’s support and networking initiative Prayaana hub, first launched in Ernakulam, Kochi, last year. It is currently active in major towns and cities of India. The initiative will expand to Tier II and III cities this year.

After conducting a free career orientation to over 20,000 girls and women in South India in the last two years, it has launched an online community platform to reach women entrepreneurs, professionals, and students across India. Prayaana helps them by connecting with corporate and organisations who are looking to diversify their teams and taking up inclusive initiatives.

In addition to mentoring, the organisation hosts peer review meetings for entrepreneurs and markets their products and services on Prayaana Collective, its ecommerce platform, currently in its pilot phase. Fifty out of over 200 women entrepreneurs in Prayaana’s network have their products featured on the platform. Many homemakers are on board as affiliates to sell and promote the products.

It also holds virtual and local exhibitions called SheMarkets to showcase products and services offered by women entrepreneurs, and publishes SheSight, a magazine for women to showcase voice and present their talent.

Driving these initiatives are over 25 Prayaana Ambassadors and 15 Fellows at present, guided by Chandra. For her work, she also became the first Indian woman to receive the United Nations Conference on Trade and Development (UNCTAD) Empretec Women in Business Award in 2018 for the skilling initiatives.

Bootstrapped so far, with an initial investment of Rs 3 lakh, the non-profit charges a monthly membership fee starting at Rs 199. In 2018, Prayaana received several grants from the US State Department and the Kerala Startup Mission.

Chandra was earlier expecting funds for the ecommerce platform, but the lockdown has impacted most business activities online.

“Challenges are always part of life,” she says, adding, “We are focussing on utilising this phase with regular online meetings, discussing strategies and plans post-COVID-19. We are also working towards a campaign to promote local products, aligning with Prime Minister Modi’s vision of Atmanirbhar Bharat (a self-reliant India.)”

Prayaana’s InvestHERs community is also in the works, through which it hopes to build a network of investors with interest in investing in women-led businesses, and become a 360-degree women support system.

Despite the challenges and achievements, Chandra is working towards the larger goal of helping and empowering one million women by 2030 and says, “Each day is a milestone towards this big goal.”