As CCO of Eros Group, Ridhima Lulla is driving originals amid a 70-100 pc surge in viewership 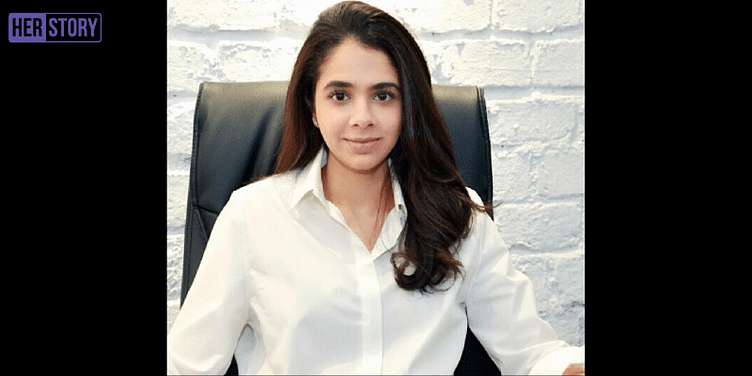 Ridhima Lulla heads content strategy at Eros Group and is ensuring original content to an increasing base of viewers.

After working for several big Indian and international names like STX Entertainment, Credit Suisse and film projects like Ra.One and Dr Cabbie, Ridhima Lulla felt it was time to join her father’s business - Eros Group.

In 2015, she joined her father Kishore Lulla, the Chairman of Eros Group, to strengthen the original content strategy and spearhead Eros Now, the OTT platform of Eros Digital.

She was deeply immersed in arts from childhood, and therefore, joining the industry and her father was a given. Ridhima completed her master’s in Film Production from the University of California, LA, and also has a bachelor’s degree in Business Management, Liberal Arts and Sciences from Regent’s University, London. She has several diplomas in digital filmmaking from New York Film Academy and has been studying drama/acting for over 12 years.

Movies – a part of her heart and soul

“Movies and series are an immense part of my heart and soul, they give me a chance to feel, express, and emote. They gave me a platform to find myself and my identity, and have made me who I am today. I love how storytelling can bring people together and can be a voice when you often can’t find the words. It builds communities and a sense of belonging, and can also bring out your individuality and give you the freedom to express yourself,” she says.

Ridhima’s stint in STX Entertainment proved to be an enriching experience where she understood how Hollywood operates, and gave her a lot of knowledge.

Her early days in the Eros Group saw Ridhima gain a fundamental understanding of how all departments – from distribution, marketing, finance, and others collaborate to make great content.

She believes no film or series can be made alone. “It takes a lot to make it happen, and it takes everyone believing in the story and putting the vision of the story first.”

She says, “This responsibility is to the company and all stakeholders, and of course to our audience, which comes with its own pressures. Everything comes down to hard work and putting the story first. It’s really important to educate oneself and be aware of our surroundings, in every aspect. It helps develop an acumen to understand what would work with today’s generation.”

With online video content increasing manifold, there has been a significant shift, with online content being heavily consumed by audiences in Tier II and III markets due to several factors like inexpensive data, easy access, and competitive pricing.

“Before launching any content, whether for OTT platform or for the large screen, we conduct extensive research and analyse the potential and relevance that each market will have in order to bring entertaining and compelling content for the diverse audience base,” Ridhima says.

Some of the latest projects include Metro Park - Quarantine Edition and A Viral Wedding – Made in Lockdown. These two original series were launched during the lockdown and created in the same period, keeping all the norms in mind, as indicated by the government.

“Any content piece becomes our baby in every sense. You want to look after them, nurture it, and attend to all their needs, they come first – no matter what,” she adds.

With OTT being the new buzzword, Eros Now wants to capture the interest of different markets in India and worldwide.

“While its original shows have caught the interest of audience along with short format and snacky content in the form of Eros Now Quickies, we recently announced a new category, Eros Now Prime, to offer international content. Our first partnership is with NBCUniversal, and our merger with STX Entertainment will give the viewers path-breaking content that will change the way content is consumed,” she says.

Eros is all set to launch the much-anticipated crime thriller series, Flesh, starring Swara Bhasker. The story revolves around the global human trafficking industry and how a police officer (played by Swara) takes matters into her own hands.

Does she think digital cinema is the future or will large screen films bounce back?

Given the current scenario, Ridhima says, OTT and theatres will co-exist. “Direct-to-digital will benefit with small budget filmmakers releasing their movies on OTT platforms to reach a large audience base. The joy of experiencing a big-budget movie high on visual effects and mainstream cinema on the big screen cannot be replaced, and soon producers will wait for theatres to open as those movies can only give the larger than life experience on a big screen.”

During the lockdown period and after, Ridhima shares some interesting numbers for Eros Group.

“Eros Now has seen a surge of 70 to 100 percent as daily engagement and also time spent on large screen viewership has been very encouraging. In the era of social distancing and limited exposure to the physical world, consumers and viewers are turning to different forms of digital entertainment, and Eros Now is playing its part. We launched relevant original shows amidst the lockdown and have some exciting projects in the pipeline,” she adds.