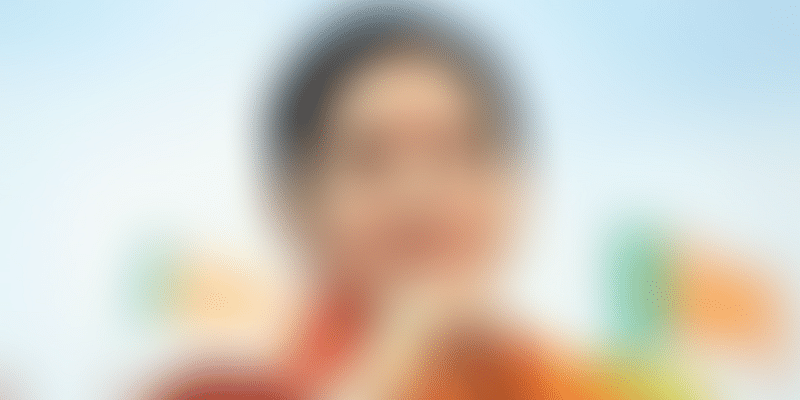 Smriti Irani spoke on how the government responded in meeting PPE needs of the country, tackled domestic violence, empowered handloom and textiles industry, and the new normal of working from home.

Smriti Irani, Minister for Textiles and Women and Child Development on Sunday said that the lockdown – to curb COVID-19 outbreak in India – has proved “India’s capacity to meet global pandemic head on and survive.”

She said the country went from having zero Personal Protective Equipment (PPE) as of March 1 to now supplying 150,000 crores of PPE.

Smriti was speaking at a webinar convened by non-profit organisation The IndUS Entrepreneurs (TiE) on virtual livestreaming platform FLOOR.

As India did not produce World Health Organisation (WHO)-standardised PPE in March, Smriti said it was incumbent on government bodies to consider importing but, at the same time, they were aware of international borders being sealed and countries trying to meet their own supply of PPE suits and kits.

She said that officers from Ministry of Textiles, Health, External Affairs, and Civil Aviation together decided to streamline India’s segregated capacity. This included harnessing all the resources such as Defence Research and Development Organisation (DRDO) laboratory, ordnance factory and other technology facilities across India.

Simultaneously, the government worked with manufacturers of apparel and medical garments to know which equipment lack in the supply chain that the three ministries can collaborate to import.

Nevertheless, "The industry worked like a family, less like business, to help where the supply chain was disrupted," Smriti remarked during her interaction with Mahavir Pratap Sharma, Chairman of TiE Global Board of Trustees, Co-founder and Chairman of Rajasthan Angel Innovator Network and a serial entrepreneur Sunday evening.

"I must confess there was a certain segment within the industry who tried to bring pressure through public spats to let the government not test or standardise any rules for procurement of PPE suits. There was an attempt made to create panic so that the government succumbs. And for that, I need to pay my respects and gratitude to PM Narendra Modi who said that under no circumstances will we come under pressure from such entities who seek to profit from a human tragedy," the Minister added.

The Minister further announced that 6,500 street vendors, farmers, and MSMEs were digitally connected with 19 banks to receive loans and credit support.

Addressing a question on India's trade relations with China, Smriti said, "As a nation and an economy, can we be in isolation? Does Make in India as a matter of pride mean that we lock horns on international platforms and speak against countries that will be our neighbours for the rest of our lives?"

She encouraged the audience to engage in constructive conversations and Indians to drive back investment into India.

Smriti stated, “The journey with governance and women in our country began six years ago when the agenda shifted from women’s development to women-led development. The new India is where women are leaders in STEM, are institutional heads of academia, and have proven themselves in the banking sectors.”

She said that PM Modi’s financial inclusion programme Jan Dhan Yojana and its idea of digital transaction was not embraced by many at the time of announcement. However, Smriti credited the programme for the rise in women’s banking and saving capacity from 28 percent to more than 40 percent at present.

“One of the benefits accrued now during the pandemic is that for three months, Rs 20,000 crore was transferred directly to the bank accounts of 20 crore women,” she said.

Further, she said that the Ministry of Textiles is encouraging women in handicrafts and weavers to own businesses and come together as producer companies, linking them to banks for credit support, and informing them of the compliances they must meet if they seek to export.

"The government has Aadhar and banking details of more than 50 lakh women weavers and handicraft artisans and we are in the process of putting them on the Government e-marketplace (GeM) portal", Smriti said.

She added, "“I have tried to engage with 22 ecommerce companies and linked them to various handicraft and handloom clusters of the country. However, to provide a wider market, we are building a government-run ecommerce platform through NIC.”

'Government has not shut doors on women's needs during lockdown'

Smriti emphasised that the government has not shut doors on women’s needs during the COVID-19-induced lockdown which is now easing in phases across the country.

She said that they have ensured safe birth for women in labour by increasing institutional delivery of children. Additionally, under the Pradhan Mantri Matru Vandana Yojana scheme, the government transferred Rs 6,000 to bank accounts of every pregnant and lactating mother that the state and district administration has brought to light.

Addressing a public question regarding increase in domestic violence amid lockdown, the Minister for Women and Child Development assured that there are 35 helpline numbers across states and the Central government’s helpline, all fully functional throughout the lockdown to address domestic violence incidents against women and children.

She further clarified that each district has a one-stop crisis centre with rescue and rehabilitation facilities for women and children in place and that they have details of victims rescued.

“There was scaremongering done that 80 percent of women at home face domestic violence but I must humbly say that every man is not beating up the woman in his house in India,” the Minister added.

The hour-long conversation also sparked discussions around redrawing the boundaries between women's personal and professional work at home.

The Minister said that while women have been multitasking forever, the lockdown has taught men how to work from home, and businesses that working from home is not an issue.

“Pre Covid-19, women asking for work from home would often be a death knell for their careers. Now when this is equally fashionable for men and women, it is an opportunity for us to redraw the conversation to assert that women are more adept at it than men", she said.