At 13, the Australian Spelling Bee twins have become entrepreneurs with edtech platform Classminds 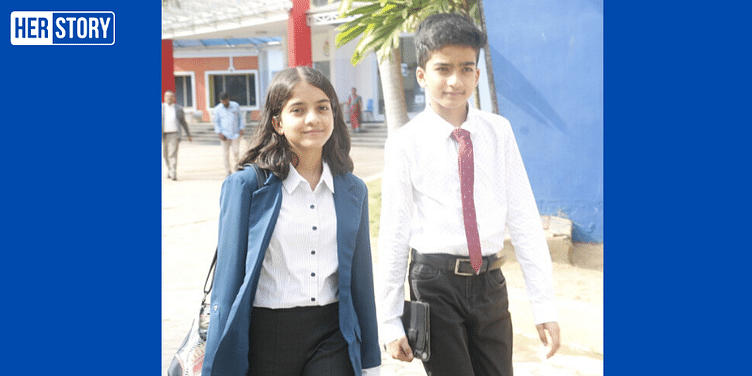 Harpita and Harpith Pandian, who became world-famous eight-year-olds, after their performance in the Australian Spelling Bee in 2015, are now 13-year-old intrepid entrepreneurs all set to make an impact on the edtech scene with Classminds.

In 2015, twins Harpita and Harpith Pandian became popularly known as “The Great Australian Spelling Twins,” winning hearts globally for their spelling skills, self-confidence, and attitude at the tender age of eight.

The show aired on Australia’s Channel 10 showcased them as an inspiration all over the world, and with an impressive vocabulary of 50,000 words, the twins became household names in Australia.

Five years later, Harpita and Harpith, with support from their father Pandian Annamalai, a software architect, have turned entrepreneurs.

They launched Classminds, an edtech startup early this year as “a global collaborative platform for students to enrich their skills and talents, leading to a strong foundation and provide them with recognition for life.”

Spelling Bee and after

After performing brilliantly in the Australian Spelling Bee, the twins did not rest on their laurels. Harpita goes back in time to tell us this interesting story.

“Our love for spelling began at the age of two, when our parents used to read us bedtime stories every night. We began to get curious about the vocabulary we heard in the stories, and from then on, we started learning all the words we came across. Our learning journey was brought up through a joyful approach, where we played word games as a family after dinner,” she says.

As this routine was incorporated into their daily life, the twins began curating a word bank of over 50,000 words, which helped them compete with older 14-year-olds in the Great Australian Spelling Bee TV competition.

“Being young achievers ourselves, we have been delivering many motivational talks at various schools across India. It was during these talks where we realised how interactive and motivated children were in the joy of learning. We felt that with a little more exposure, collaboration, and motivation, every student can truly become a young achiever and leader,” Harpita says.

There are also plans to add courses such as NEET, IIT, JEE, SAT, ACT, and TOEFL, which will be provided through a collaborative and smart learning approach.

“During the lockdown, we are engaging students globally from countries like the US, the UK, Australia, Singapore, etc., through our Classminds International Student Talks programme. Due to the huge demand and the overwhelming response we have received, we will also be implementing this as a module in Classminds,” Harpita adds.

Classminds will be hiring a team of Oxford ELT certified experts to conduct its offline Spelling Bee events across India. It will also be engaging several teachers and educational experts to validate the academic content created by the students.

The edtech startup intends to provide a collaborative learning approach for school students. One of its programmes, Classminds SpellBee, which is a competition-based learning model, is already integrated with several schools in India, and is also planning to provide its SpellBee learning series videos to schools outside India.

Classminds has been bootstrapped with the prize money won by the twins and financial support from their parents, and is a registered private company under Classminds EdTech Solutions Pvt Ltd.

Their father, Pandian Annamalai is the Chief Mentor and Director of the startup, and drives day-to-day operations. Its Head of School Operations Kiran Kumar focusses on bringing schools on board across India. Its external mentors include Kashyap Karnala, Founder of India's first Business Mastermind community - 10croreclub and the CEO of FindMyMentors, and Sovan Panda, the CEO of Mangosteen Holdings, who was also a Senior Leader at Infosys.

Classminds works on both online and offline revenue generation streams.

Harpita explains, “Our online platform will offer yearly subscriptions. For instance, students can pay an affordable annual subscription and choose to participate in the programmes from around the world. Our offline revenue stream will come from schools and whole school participation in our innovative programmes like Classminds SpellBee. Classminds started generating revenue way back from schools, even before the official launch of the company.”

It will also generate revenue from providing its unique SpellBee learning series videos, and other academic content.

What’s interesting is that the twins have become the youngest taxpayers, and have already received their PAN.

“We believe age plays no part when it comes to entrepreneurship. Some of the greatest and most successful entrepreneurs in the world off their journey very young, as school dropouts. We are already connected with over 10,000 professionals as together we have over 15,000 connections on LinkedIn,” she adds.

How they are planning to juggle entrepreneurship with academics?

“We both know that entrepreneurship is a challenging journey. Looking up to our dad, who’s also an entrepreneur, we realised we had to master a variety of skills in the professional world. Right from designing the Classminds logo to the content generation, and conducting SpellBee Workshops for schools, Harpith and I have been working on every aspect of the business,” Harpita says.

When it comes to academics, the twins say they pretty much learn independently and are the toppers of their class. Being self-learners, the twins use a smart learning system where they learn subjects well in advance. During the weekdays, Harpita and Harpith spend at least a couple of hours, and utilise more time on the weekends to work on Classminds.

Classminds is expecting a user base of around 100-150 schools in its first year, 2020-21. It had a target of around 500 schools initially, but the goal was cut down due to the COVID-19 situation. Its online platform will also be opened up for subscriptions in a couple of months. The targeted market has over 300 million students in India alone, so they expect immense growth in the long run.

At the age of eight, during the Great Australian Spelling Bee, when the twins were asked what they wanted to be when they became adults, they said they wanted to be surgeons as they had been fascinated by science from the very beginning.

“However, at the moment, we are also inclined to becoming entrepreneurs as we could make an impact on the lives of millions and millions of students. We are also keeping our options open towards future advancement in information technology and the artificial intelligence domain, as well,” Harpita says.