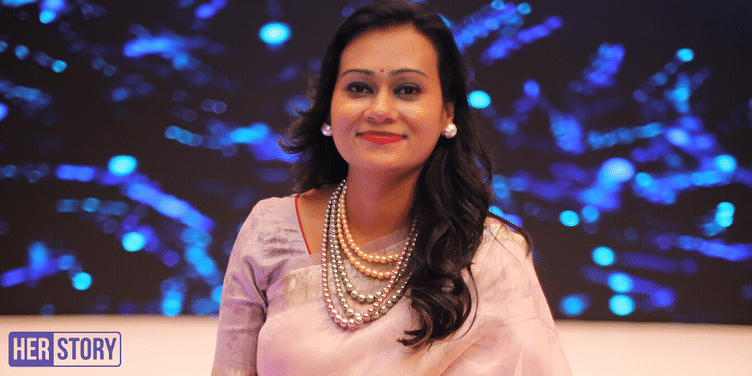 Nikky Gupta and her husband Kamal Narayan, both journalists, started Teamwork Communications in 2010 to cater to the growing needs for strong and efficient communications across industries. It was chosen as the media partner for GSTN - the digital backbone of the tax regime.

The entrepreneur was born and raised in Kanpur in a family where women were content with taking care of their households.

“I was always driven by the passion of exploring new avenues. Early in life, I learnt the basics of entrepreneurship and skills of conducting and expanding business by keenly observing my father,” she says.

After completing her higher education in Mass Communication, she worked as a journalist in a leading media house before shifting her interest to public relations. She then worked in a handful of communications firms, and decided to turn entrepreneur and co-founded Teamwork Communications Group, a 360-degree communications company, in 2010, along with her husband, Kamal Narayan, who is also a journalist.

She says, their first client came on board just two days after they started the company.

“A cosmetologist, who is now a leading name in the industry, hired us to work on his brand positioning. It was a six-month project, but he was so impressed by our work that he recommended us to five companies within 15 days. We got our first multinational client in the third month,” she recalls.

Since then, Teamwork Communications has executed a series of successful country-wide campaigns for various partners - from government departments and hospitals to multi-national pharmaceutical agencies. When India rolled out the historic GST tax reform, it was chosen as the media partner for GSTN - the digital backbone of the tax regime.

It has also conducted country-wide information and awareness campaigns on breast cancer, lung cancer, hepatitis, osteoporosis, mental health, and HIV-AIDS, to name a few. These campaigns were conducted in multiple towns and cities, with the participation of scores of doctors.

Nikky says that over the past 10 years, they have witnessed the sector grow very fast in India. “From being considered an “unnecessary expenditure” by many companies, PR has today become a vital point of communication between organisations and their audience. It is considered an essential element of marketing and communication today,” she adds.

The founders invested around a lakh to start the company, and had to also borrow from relatives to make this amount. Its current turnover is around Rs 8 crore.

The COVID-19 pandemic has brought to the forefront the need for effective communication during trying times. Nikky believes the PR industry has an important role to play in disseminating the right information.

“Effective communication is critical at a time of any crisis. The way an expert and leader shares his view with the public matters a lot. People rely on information from those groups to understand an unfolding event and to make decisions about what they should do in response. When that communication is done well, it helps manage people’s expectations and fears. If it’s done poorly, it can undermine trust in the institutions leading an emergency response.”

Though the crisis has affected the industry and impacted its revenues, Nikky says it has also created new avenues.

“A number of organisations in healthcare and other fields today have COVID-19 specific communication requirements. So, we are handling the crisis by diversifying the scope of our projects,” she says.

The entrepreneur also throws light on the future of work in a post-COVID world.

While the coronavirus has completely transformed the way we live, love, work and do business, Nikky says virtual client pitching, virtual meetings, and remote working is now the norm. She also believes a lot of this is likely to stay even when the COVID-19 crisis ebbs, and people try to stay safe and also become comfortable with virtual technology.

Women entrepreneurs are making a mark

While the company might have bagged its first client within two days of starting up, Nikky reveals the starting up phase and setting up the initial infrastructure without having any financial wherewithal was the only challenge. Since then, the business has only seen an upward trajectory.

She is also happy that women are making their mark as entrepreneurs.

“Women have different ways of working and problem solving as compared to men. They also approach contentious issues and projects differently. This often doesn’t find favour with a society, which looks more approvingly at the ‘male-way’ of doing things. Sometimes, women are considered as ‘weaker’ leaders because they are not as aggressive as men, and are more accommodating to other people’s points of view.”

“Having said that, with more women now making their mark as entrepreneurs, these perceptions are now gradually making way for a fresh understanding about women in leadership. I have personally figured that confidence and an ability to convince people are key elements of leadership,” she says.

Nikky’s future plans for Teamwork Communications is to strengthen its presence in other states and expand to global markets.

Meet the women entrepreneurs acing the sportswear game with their startups