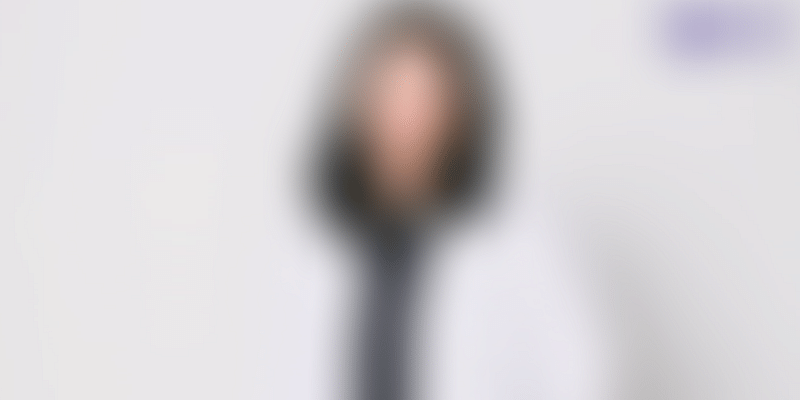 Beau Wangtrakuldee, who holds a doctorate in chemistry has founded AmorSui, a startup that produces a line of PPE kits and workwear tailormade for women working on the frontlines.

Media houses in the UK like the BBC, The Guardian, The Independent, Forbes and many others have published stories that highlight the need for special PPE kits for women. The ones in use labelled “unisex” are actually made with male shapes and sizes in mind. The lack of availability of proper fitting PPEs exposes female medical personnel and essential workers to the risk of getting infected.

When the coronavirus pandemic hit the US, Beau Wangtrakuldee, the founder of AmorSui, a startup that produces protective workwear for women scientists, understood that the lack of proper PPE kits for women in healthcare was a cause for concern. Another concern was disposal of these PPE kits. In Wuhan, China, the disposal of PPE kits created 240 metric tonnes of waste daily, which led city officials to create a new medical waste management plan.

“When COVID hit this year, we really had to think about how we should pivot our business to help the society and our community more. Our idea was to make PPE more inclusive for women, make the right fit, and so we have included sizes from extra small to extra-large. We also expanded our product offering to antimicrobial face masks and surgical gowns,” Beau tells HerStory.

The PPE kits are reusable, washable and made of eco-friendly processes in a sustainable way. Quickly utilising her existing supply chain relations, Beau has been able to deliver 20,000 PPE kits to major hospitals in the US, including Atlantic Health and Davita. Beau says they will cross the 80,000 production mark by the end of July.

Beau’s desire to keep women safe goes back to 2014 when she was in her fourth year of her doctoral program in Chemistry at Northern Illinois University in Chicago working in drug discovery. While in the lab, experimenting on a possible cancer drug, chemical elements spilled on her lab coat, seeped through it and also her jeans and burned her leg. She iterates that she was taking all precautions - had her lab coat on, and on that day had worn clothes that covered her up to her ankles.

“I was really fortunate to recover from the incident and it also prompted me to look for additional protection that I could wear to work, because the lab coat I was working with did not protect me from all the elements that I was working with,” says Beau.

On her journey to find extra protective clothing for women scientists, she spoke with several women working in Chemistry and Biology fields, and fellow scientists and it became evident that many had similar experiences.

Beau discovered that protective workwear options for women didn’t really exist whether in terms of size or aesthetics. Women scientists would often wear shabby clothes to work that they could dispose off later. Some would carry ‘nice clothes’ they could change into if they had to attend meetings or presentations.

This led Beau to pivot from being a chemist to an entrepreneur. She started AmorSui - meaning ‘love yourself’ in Latin - in 2018 in Philadelphia, Pennsylvania to create classic protective workwear for women scientists.

After speaking with several women scientists, Beau had a creative product ready but not enough capital to start production. She started a campaign on I Fund Women, a crowdfunding platform for female entrepreneurs and raised $15,000 in 40 days to begin production.

The first production line included dresses, trousers, skirts and lab coats that were fire resistant. Amor Sui has now expanded to include chemical resistant and antimicrobial clothing for women chemists and biologists.

“In the beginning, we focused on women in STEM. All our pieces highlight women who are the leaders in the scientific field or someone who has been recognised as a trailblazer in the field. So, our dresses are named after Marie Curie and pants are named after Rosalind Franklin, now that we expand to healthcare we will feature more healthcare women,” says Beau.

The bootstrapped startup has also built tech-enabled lab coats that are connected to an app that lets an individual know the number of times it has been rewashed and includes compliance and safety standards to enforce the use of the lab coats.

To make the workplace more women friendly, AmorSui is working with a fashion designer who specialises in ‘made to measure’ high fashion for women in order to make clothes that are comfortable and fitting for the workplace. It is soon launching a hijab for Muslim scientists to protect, empower and encourage inclusivity and diversity in the field.

The clothing line has been adopted in universities like Harvard, University of Pennsylvania and many more.

In lieu of its principles of supporting inclusion and diversity, the startup also employs 90 percent women employees and sources and manufactures its products through women-owned and minority-owned local businesses.

Beau plans to expand the product line to include more wardrobe options like jackets and include women in technology and men’s wear as well in the future.

This women-led NGO works for empowerment of women and girls, with a special focus on adolescence