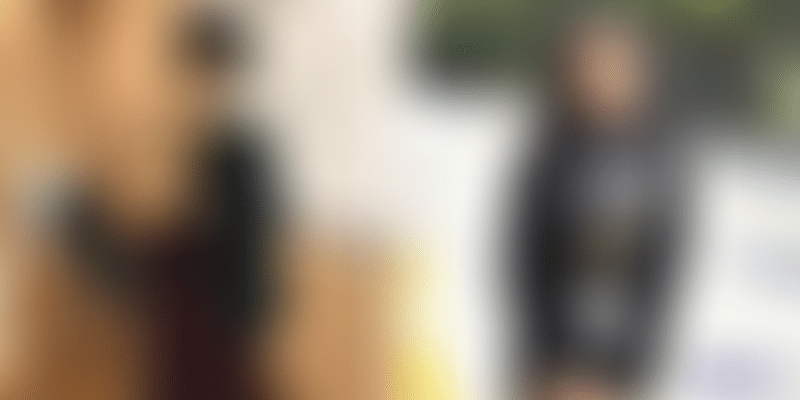 A 2019 Unesco report states that a shocking 32 percent of school children are bullied.

A survey conducted by The Teacher Foundation, along with Wipro Applying Thought in Schools (WATIS) in nine cities in India in 2019, it was found that as many as 42 percent of students of class 4 to 8 and 36 percent from Class 9 to 12 were subjected to harassment and bullying by peers on school campuses.

Bullying, as we all know, has a significant negative impact on children’s mental health, quality of life, and academic achievements.

Taking off from their classes at the Young Entrepreneurs Academy (YEA!) in their schools, Delhi-based Naaya Mehta, a grade X student at the Shri Ram School; and Anoushka Jolly, a Grade VI student at Pathways School, decided to tackle the issue of bullying in their own ways.

“It was a daunting task being the “new girl”, having to make friends all over again, and go through the process of settling down in a new environment every few years. I was bullied at every school I went to,” she says.

While she believes petty and snarky comments shouldn’t make a huge difference, in the long run, they do drag people down, something she has learnt the hard way.

“This brought down my grades, affected my confidence, and my ability to be socially compatible and so many other aspects of my nature. I saw the same thing happen to all my friends and peers when I got bullied,” she adds.

Two years ago, as a 13-year-old student, her social initiative Enough was born at a brainstorming session at YEA!

Naaya explains, “Enough is an anonymous concern-reporting system for all types of concerns that students, parents or teachers, victims or bystanders might have such as bullying, substance abuse, depression, violent tendencies or behavioural changes, to name a few.”

It consists of an anonymous reporting system and a personal security band that the young entrepreneur designed from scratch. She added features which were needed to optimise her design to include the audio recording, the 120-decibel alarm, the flashing LED lights, and a suitable hypo-allergenic rubber with child-suitable strap to house the entire system.

Naaya is currently applying for a patent for her product. As of now, she has talked to corporates, educators, and also children from over 30 different schools across the country.

She says YEA helped her realise that there is no age limit for being an entrepreneur, and that if one had ideas and solutions that may help someone, sky’s the limit for where you can go.

“I had low self-esteem due to multiple bullying incidents and YEA! equipped me with the skills and the confidence to walk into any field of life and feel like I can dream big and come out on top. This gift of self-confidence has been priceless for me and I hope I can inspire this confidence in many other victims like me through my venture,” she says.

At an annual day at school, Anoushka’s best friends decided to bully a six-year-old girl who they found annoying. They walked up to her and started calling her names and laughing at her.

Anoushka says when she looked at the girl, instead of seeing a normal six-year-old, she saw a helpless, terrified, and sad little girl, and her heart melted. She never forgot that incident.

Her class at YEA! made her think of this painful incident and her mentors explained how their generation needs to become problem solvers for our country through their ventures. That’s how Anti Bullying Squad was born. Anti-Bullying Squad (ABS) is a web platform that organises individual one-on-one sessions in schools, with the help of experts. The platform also allows people to take a pledge and get ABS merchandise.

After winning at the YEA!, the investor panel gave Anoushka the self-confidence to continue working on her venture.

She is currently reaching out to schools and doing as many online sessions as she can.

“I want to spread the word through social media campaigns and advertising, and tell students they can reach out for any kind of support. My father is helping me with this, and I hope to scale the venture in the coming years,” she says. She is sure that with his guidance and her YEA! mentors just a call away, she will continue to scale her venture in the coming years.

Bullying does not stop with one campaign; it needs continuous reiteration and commitment to the cause. The two teenagers hope to nip it in the bud at its early stage and help students like them become confident youngsters.