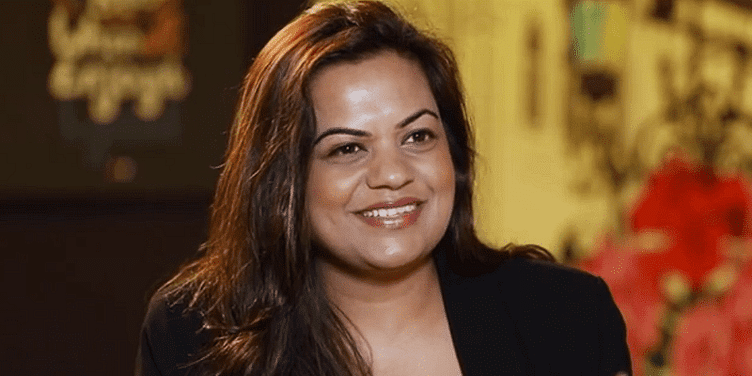 Meet Meghna Agarwal, Co-founder of IndiQube, which is a flexible workspace provider catering to entrepreneurs and enterprises across six cities in India.

Meghna Agarwal sees herself as an “entrepreneur by accident” rather than by choice.

While she has dipped her toes in several entrepreneurial ventures, the co-founder of ﻿IndiQube﻿, HirePro Consulting, and Ultrafine Minerals wanted to be an investment banker or a trader, and had even worked at the Singapore Stock Exchange after completing her MBA in Finance from IMT Ghaziabad in 2002.

However, the recession following the 9/11 attacks in the US put a stop to her plans, and she ended up not having many lucrative job offers after her MBA.

“It was around the same time that I met my co-founder Rishi Das, and discussed this idea of starting up HirePro Consulting. Eventually, things started falling into place and led us on the path to becoming serial entrepreneurs,” she recalls.

After leading HirePro for almost four years and working with various companies (like TI, Goldman Sachs, Netapp, Citrix, Juniper etc.), Meghna took a sabbatical due to a complicated pregnancy.

From consulting to manufacturing

In 2009, she took another leap of faith and ventured into Ultrafine Minerals, a manufacturer of minerals catering to the needs of cable, polymer, plastic, and paper industries, with its headquarters in Bengaluru, and manufacturing plants across north and south India.

“This was an extremely capital-intensive industry, and it is a commodity market, which relied extensively on margins where I was competing with 100-year-old firms that owned mines in South Africa, Europe, and Australia. In this game of margins, I realised that I am not utilising my full potential. So, once this company was stabilised, I decided to move on and started IndiQube along with Rishi,” she explains.

The idea for IndiQube came by accident.

“Considering the scale at which we were growing, we had to move out of our office space every other year. So, we decided to lease out a large space (50,000 sqft) and sub-lease a part of it to our clients, mostly startups with the assumption that when we require the space for ourselves, we would ask them to vacate,” she says.

Later, as the company started scaling up, Meghna and Rishi requested them to move out, and they were upset because they were not just using the premises but also a host of services like gym, food, transport, and IT.

“This is when we understood that there is a huge gap in the Indian commercial real estate industry between premium tech parks and independent landlord owned buildings. We also realised that millennials and startups face challenges like volatility, high capex, and long-term leases from traditional landlords. To address these pain points, we started IndiQube in 2015 as a flexible workspace provider, catering not just to budding entrepreneurs but also to enterprises,” she adds.

The founders pooled in the initial capital from their own investments to the tune of Rs 80 crore. In 2018, angel investor Ashish Gupta (Ex-Helion Ventures) and Westbridge Capital Partners led a Series A funding of Rs 100 crore, paving the way for its expansion. At present, IndiQube has an annualised revenue of Rs 400 crore, and claims to be one of the fastest growing players in the industry.

What started as a single property in Bengaluru has over 3.5 million sq ft area today, spread across six cities in more than 50 properties. It caters to MNCs, unicorn startups, and SMEs. Its customers include brands like Philips, Myntra, KPMG, EY, Allegis Group, ﻿BYJU'S﻿, ﻿redBus﻿, ﻿Scripbox﻿, ﻿Solv﻿, Enphase, ﻿Bira91﻿, ﻿Unacademy﻿, Hitachi, Elanco, among others.

Meghna says what sets IndiQube apart from its competitors are ‘office in a box’ solution encompassing workspace design, interior build out, and a plethora of B2B & B2C services leveraging technology.

She also believes its understanding of the Indian market and the client requirement has helped us stand apart and offer workspace as a service with a host of value-added services like transport, security, IT, F&B, concierge, and employee engagement leveraging technology.

“We encourage the Indian entrepreneur community, especially women, and offer early-stage startups the initial push by providing office space at discounted prices until they stabilize. So, when they grow, we grow along with them,” she adds.

The COVID-19 pandemic and the subsequent lockdown have led to the closure of its facilities and the startup has also acquiesced to rental waiver requests on a case-to-case basis.

“On the demand front, we have seen a temporary dip of around 15-20 percent. Some of our smaller coworking tenants, whose businesses are impacted, have chosen to move out. However, enterprise clients have continued and at IndiQube, enterprises constitute up to 85 percent of our overall clientele. So, we have not been impacted to the extent of other coworking players who relied predominantly on freelancers and early-stage startups,” shares Meghna.

Work in a post-COVID-19 world

Post lockdown, she adds, clients are coming back to the spaces in a phased manner. To ensure the safety of its tenants, the startup has implemented a host of measures, including mandatory thermal screening, daily self-declaration of health, touchpoint sanitisation, workspace sterilisation, disinfection of couriers, markings for social distancing, rearranged seating, offering sterilised and packaged food in the cafeteria, supply of COVID-19 essentials like masks, PPE, gloves, sanitisers, etc.

“I believe that in the post-pandemic world, enterprises will look at flexible workspaces as they would prefer to have a hub and spoke model where all employees need not be based out of a single large office space. Companies might prefer having 10x500-seater offices rather than a single 5,000-seater office space. We believe companies will move towards “distributed office work culture” and a “walk to work” culture,” she says.

From being addressed as “Mr Meghna” in emails by clients in the manufacturing industry to seeing a positive shift with more women becoming entrepreneurs, Meghna strongly feels that entrepreneurship is not “gender-specific” but “people dependent”.

The entrepreneur has several exciting plans for the future. These include strengthening existing market presence, expanding to Tier-II cities driven by partnerships and alliances locally, international expansion, and coming up with innovating and disruptive concepts.

“We are looking at concepts like co-living, walk to work, and smart buildings, and will leverage technology with products like IndiQube Store, tenant portal, ServiQube and MiQube apps, and leverage IoT, big data, and analytics for efficient space planning,” Meghna says.