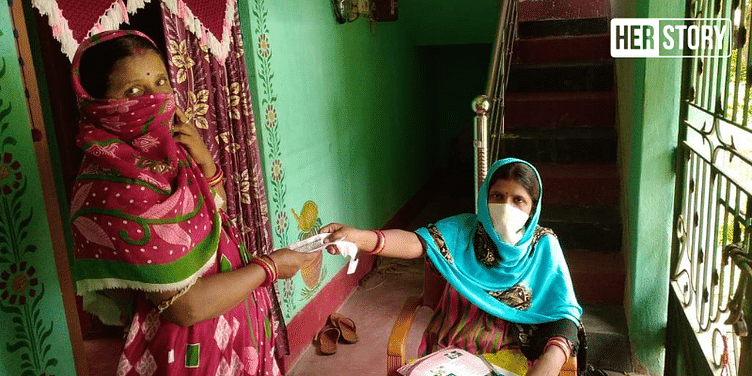 Bijulee didis play a key role in implementing Smart Power India’s vision of bringing electricity to underserved rural areas in India. The team of bijulee didis have not only reduced losses but also clocked an incremental revenue of Rs 7 crore.

For years, people in rural Odisha did not have proper livelihoods due to erratic electricity supply. Their daily activities were also at the mercy of the limited power available. As the state-owned power distribution companies (DISCOMS) were poorly managed, villagers would often receive bills with errors and an inefficient customer services paid little heed to their complaints. This resulted in poor service in most villages of the state.

However, power systems have become more stable since the last six months, thanks to over 120 women, better known as bijulee didis in the village, who are at the forefront, delivering last mile electricity connectivity.

Bijulee didis play a key role in implementing Smart Power India’s vision of bringing electricity to underserved rural areas in India. The team of bijulee didis have not only reduced losses but also clocked an incremental revenue of Rs 7 crore.

Twenty-eight-year-old Lopamudra Mohanty in Pokhariapada village of Odisha is one such enterprising bijulee didi.  She starts her day by visiting the temple at five in the morning, prepares breakfast and lunch for her husband, an auto driver, and drops her children to school at 9 am.

She then begins work as a bijulee Didi from 10 am till 6 pm with an afternoon lunch and nap break. Lopamudra divides the remaining time between making dinner for the family of six and checking on her children’s homework. Before retiring for the day, she also prepares a daily collection sheet and records all payments and sends it to concerned DISCOM officers.

This has been the daily routine since Lopamudra started work as bijulee didi on January 10, 2020. Around 70 more women are being trained to help provide viable electricity services across 53 Gram Panchayats in Odisha.

Each bijulee didi serves around 600 to 800 customers for nearly five hours every day. This includes collecting bill payments and taking charge of customer care at gathering spots such as village chowk, local mandir, gram panchayat offices, and mandis.

This has led to 5,000 customers more customers receiving monthly bills regularly and an additional 8,000 customers started paying their bills on time. Over 1,250 households and 300 enterprises were onboarded and connected to the solar grid.

The bijulee didis’ movements are now restricted after the state announced local curfews up to 12 hours, containment zones, and complete shutdown during weekends following the spread of the coronaviurs.

Based on safety data available on government’s contact tracing app Aarogya Setu, bijulee didis are now calling customers to a particular location and completing as much bill collection work as possible.

In fact, they are also educating and sensitising customers regarding necessary precautions to prevent being infected by the coronavirus.

Besides practising safety measure like using hand sanitisers, face shields and masks, they are also provided with face shields with a QR code to download online payment app for DISCOMs and the Aarogya Setu app so that people can stay informed about COVID-19 cases in their neighbourhood.

Notably, government departments are also leveraging the network of bijulee didis to distribute food to migrant workers and the homeless during the pandemic.

What clean energy startups are doing to ensure every home, business and farm in Indian villages is electrified

Smart India Power, a subsidiary of Rockefeller Foundation was launched in 2015 to support last-mile electrification in rural areas deprived of energy.

The lesson from the first four years, Jaideep says, was that people valued reliable electricity with quality customer service. This gave them the confidence to help DISCOMs in Odisha who were able to recover only 50 to 60 percent of the entire payment.

Most of the government-owned DISCOMMS were running into huge losses, which led to poor service as well. In August 2019, Smart Power India signed a Memorandum of Understanding (MoU) and struck a partnership with the Central Electricity Supply Utility of Odisha (CESU) to improve power facility in the state. This was also aimed towards building model distribution zones with quality electricity as an enabler.

Seeing that most villages had self-help groups, the organisation decided to tap manpower by introducing the concept of bijulee didi (which loosely translates to electricity sister) to create a responsive service with better customer engagement and awareness.

Going ahead, SPI plans on recruiting more than 6000 bijulee didis across 4000 Gram Panchayats in Odisha.

While electricity is an important element for socio-economic development, the concept of bijulee didi has ensured a sense of economic freedom for women who now earn a monthly salary of Rs 5,000.

“The salary helps me buy medicines for my mother who suffers from asthma and high blood pressure. My had passed away four years ago, which added to our woes,” says Arundhanti Bhol, 24, who is the only breadwinner in a family of four.

As they help people in their villages with bill payments and other electricity related problems, these bijulee didis are forging a new independent path for themselves.