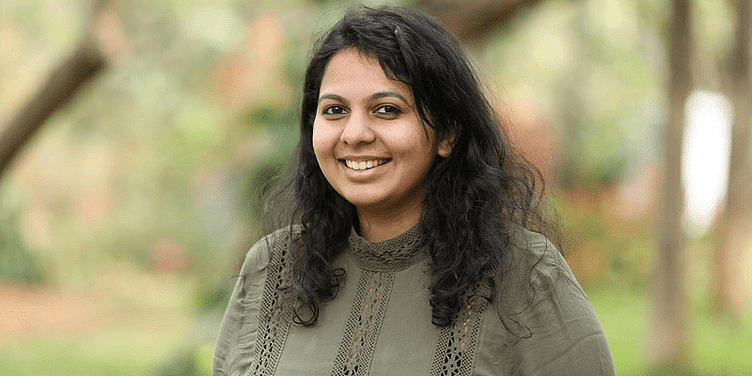 Founded by Anushka and Vineet Shetty, Plopnow is a global interactive fiction entertainment platform that aims to ‘edutain’ millennials and Gen Z in a format they understand: immersive, bite-sized fiction.

A chartered accountant by profession, Anushka Shetty was a voracious reader until academics and life took over. An alum of IIM-Bangalore, she worked with PricewaterhouseCooopers for almost five years, and became stuck in the corporate rat race.

“One day, Vineet, my friend, and I realised we hadn’t read a single book other than academic literature in a long time. Just like hundreds of our peers, we were addicted to our smartphones, texting and social media apps,” she says.

The epiphany changed the course of her life and led her on the path to entrepreneurship and founding ﻿Plop﻿now, a global interactive fiction entertainment platform.

Don’t read the story, live it

Anushka and Vineet knew that to get the mobile-first generation to read, they had to reach them through a platform they knew best: online.

They started Plopnow to entertain and educated millennials and Gen Z in a format they understood: immersive, bit-sized fiction. Plopnow was incubated at IIM-Bangalore and is a part of the Goldman Startup Programme. The couple shifted to Mumbai after the incubation period.

Unlike Anushka, Vineet was no stranger to the startup world. A software engineer and alum of the Indian School of Business (ISB), he worked with EY for three years, Plopnow is his third startup after Codeniti, which organised hackathons for NGOs, and Geek Out, a coworking space for tech geeks.

Plopnow is spread across multiple media – text, video, audio, simulations and role-playing - to offer an interactive content experience, at the apex of content and gaming.

“We noticed the publishing industry, especially fiction, had seen no innovation as such. Kindle introduced us to the concept of digital reading, but it was only digitisation of paper. The idea with Plop was: don’t just read the story, live it.

“Plop allows you to create your own adventure, in fiction. Moreover, the present generation doesn’t want to spend a lot of time sitting with the book. So, we thought why not reinvent storytelling in a format that fits the consumption pattern of Gen Z and millennials?” Anushka says.

The founder says Plopnow is the OTT for reading and brings immersive fiction to the fore. It goes beyond written content, merging with visual content over the internet and bypassing traditional book distributors. Writers can publish their interactive stories directly on Plop.

“We already have some publishers interested in exploring the Plop format. Just like the pandemic has made production houses warm up to OTT platforms like Netflix and Amazon Prime Video, publishing houses are warming up to the idea of alternate reading formats. Publishers can explore Plop as another way to adapt existing books. Publishers sell film rights of a book to a film production company, audio book rights to an audio publisher like Audible or Storytel…they could now sell the ‘interactive fiction’ adaptation rights to Plop,” she adds.

The platform’s target audience falls in the 18-35 age group, most of which are women. Anushka says this age group shows the lowest numbers in terms of traditional paperback or Kindle consumption. However, the same user base has taken to interactive, immersive, and mobile reading format in a big way.

The founder says these users depict a mature market where smart phone penetration is high, disposable income is high, attention spans are reducing, video engagement has saturated, and the audience is exploring newer content in more engaging formats.

Currently available on Apple App Store and Google Play Store, Plopnow earns revenue from subscription and a pay-per-read model. Most of its in-app purchases are between Rs 30 and Rs 350. The subscription model works at $5 a month, pay-per-story at $1/story for an international audience, and Rs 30/story for Indian audience.

Its direct competitors are Hooked and Tap by Wattpad in the US. “Unlike these companies, we are a pure-play platform model. We encourage user-generated content and have created a simple drag-and-drop tool for amateur writers to become masters of interactive fiction and create their own ‘choose your own adventure’ stories,” Anushka says.

According to Anushka, Plop Stories is seeing a week-on-week growth of 7 percent with over 60 percent of its users coming from North America. The rest are from Europe and Asia, including India.

In the future, Anushka sees Plopnow turning into a large media company encompassing all forms of new-age interactive media.

“We aim to be the first global platform for immersive storytelling on which writers and even traditional publishing houses around the world could create and monetise their interactive fiction. We want to be the first big success of an Indian B2C entertainment-tech startup going global,” Anushka says.