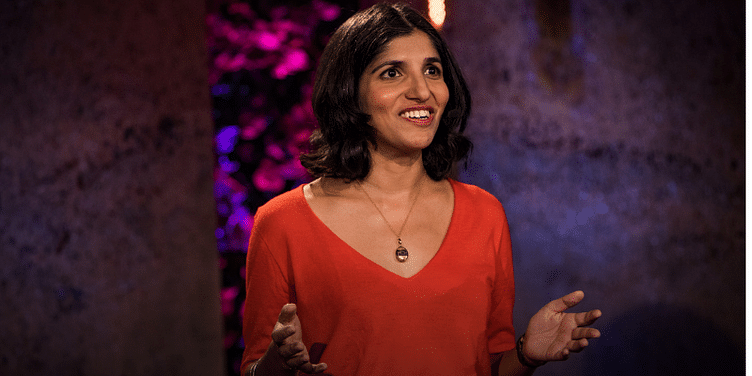 In a conversation with HerStory, Chiki Sarkar, Founder and CEO of Juggernaut, talks about the publishing house’s new children’s list, why kids should be encouraged to read more, and the role of parental involvement.

Chiki has also started a Chiki-Shoky book club on her social media handles where she shares books that she and her children read together, and recommends books to parents who would like their children to read more.

She spoke to HerStory about the new Kids List, children’s publishing in India, and why it’s important for parents to read to their children.

HerStory (HS): Have the pandemic, the subsequent lockdowns, and self-isolation led to an increase in reading?

Chiki Sarkar (CS): The app has grown by 100 percent. People are indoors, not stepping out, and so home entertainment has risen. Interestingly, unlike the West, print sales across publishers are still down with most brick-and-mortar places not seeing traffic even now. So, it’s a mixed bag. Our experience is e-reading has grown, but not as much as OTT video. Print sales have fallen.

HS: Tell us about your new kids list. What was the thought behind launching it?

CS: Juggernaut is in its growth phase and we understand an opportunity for growth lies in children’s publishing. While that’s the business side of it, there’s also a personal incentive in it for me. I am a new mum to two boys, who are 3.5 years and 20 months old. They love books and I spend around two to three hours in a day reading to them. I consume more children’s books than adult books.

I wanted to create not just a list of books, but to use my learnings as a mum and a serious kids’ books reader to create a list for children.

HS: Why did you choose these particular authors?

CS: We are launching four authors, out of which Rohini Nilekani and Arshia Sattar are well-established children’s writers. Juggernaut plans to consistently bring in well-known writers from the adult, non-fiction, and fiction space to write for children. We all felt it was time, best-selling historian William Dalrymple wrote a book for children. His book, Kohinoor For Kids, adapted from his best-selling book on the Kohinoor, written with Anita Anand, seemed like a natural choice. Co-writer Devika was a great addition, who helped in making the book child-friendly.

Karan Johar is the only wild card – everyone in-house loved the videos he posted on his twins. He is such an engaging dad and I wrote to him asking if he was interested and he was. He was especially interested in the theme of exploring gender roles.

CS: Each of them are telling stories that speak to children. For Dalrymple, it’s history; for Arshia, it’s mythology; for Karan, it’s a theme he has talked about in the past, and Rohini is, of course, a very established children’s writer. For her, this book is special as it’s dedicated to her grandson who is 3.5 years old.

The books are a whole lot of fun – with the picture books focused on colours and strong illustrations. We think Arshia’s Mahabharata is quite simply the best Mahabharata ever written for children – it’s very deep, yet so simple.

HS: Do you think children’s books are still at a nascent stage in India? And how is Juggernaut trying to change it?

CS: There are amazing children’s book publishers in India, but if you talk to anyone in the industry, they will say it’s still underdeveloped.

What we want to do at Juggernaut is focus on our strengths - there will be a lot of non-fiction, which is what we specialise in, and the occasional celebrity writer. But the bigger thing is that we’ll create a list that starts for children from 12 months and goes up to 12-13 years.

I think our USP is gong to be the range of the list and the fact that it will be very child-focused. I will commission not just as an editor but as a mum who reads to her kids and understands what makes the best books tick for them.

HS: Apart from these books for children, will you also be launching active campaigns to encourage children to read?

CS: This will happen organically and through a bunch of social media activities. For example, I run a weekly book recommendation on social media with the #shokybookclub with videos on how to read to your child. You might be lucky that your child is a self-starter when it comes to reading, but I believe readers are formed with the family’s encouragement.

HS: As a mother, what do you think will inspire children to read? Is there a dearth of good children’s literature in India?

CS: I think the biggest encouragement a child can have is to have one member of the family read to them regularly. In fact one of our authors, Matthew Raggett, ex-Headmaster of Doon School, says parents should be reading to children as old as 10-12 years. I read constantly to my children. My grandma read to us at bedtime and it was super fun; it’s a memory I will never forget.

Secondly, keep books near them. Toilets are a great place for books and a good way to keep them entertained. Inspiration must come from home. And someone in the house needs to own this.