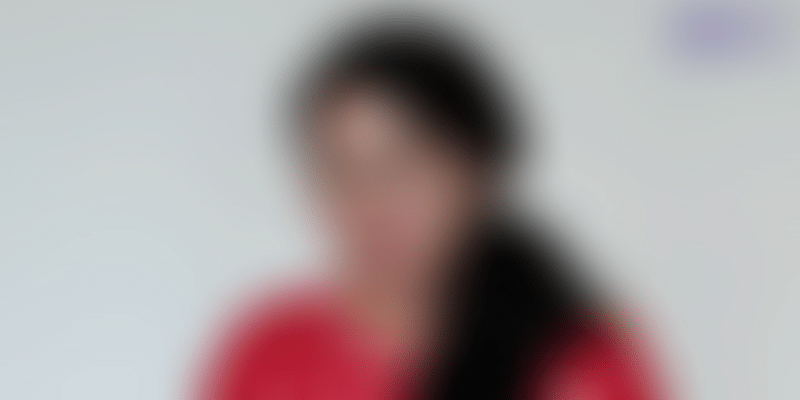 Chetana Somavarapu and Rajesh Gavini’s Hyderabad-based startup Forward Parcel provides NRIs the experience of hassle-free shopping in India and having the goods delivered to their doorstep anywhere in the world.

As a Non-Resident Indian (NRI), living in the UK for over a decade, Chetana Somavarapu always had a hard time getting hold of Indian products at reasonable prices. She hoarded anything that came from India like sweets, pickles, and ethnic clothes with care.

For most non-resident Indians abroad, the cheapest way to get access to traditional products would be getting their friends and family back home send over the things they needed. However, Chetana believes asking for favours even from family members sometimes became a little too much. Her parents were also elderly and ailing and would find it difficult to go through the process.

“I really needed Indian products like pickles and I started aching for them after a while. As I started my own family later, there were things in my childhood that I thought my daughter was missing out on. It came to a point that I was embarrassed to ask for favours anymore,” she says.

During festivals like Diwali and Dussehra, Chetana couldn’t dress up her daughter the way she wanted because ethnic clothes like lehengas would cost nearly five times the price in the UK and she was not very happy with the options available.

After returning to India in 2017, Chetana wanted to solve this problem for NRIs by starting an international package forwarding service. Registered in 2018, Forward Parcel was officially launched in 2019, a year after setting up the warehouse and website.

Chetana and her husband Rajesh Gavini who joined as a co-founder were aware of the market need as most of their Indian friends and colleagues abroad continued to face similar challenges.

After regstering on Forward Parcel’s website, customers will be provided an Indian address and a phone number, which they can use to start shopping domestically.

The startup receives packages on their behalf while customers can track the status via an online dashboard. It will also send notifications with approximate weight and store all their products till the customer is done purchasing online.

Forward Parcel then consolidates all the items in one box – remove and add packaging where needed – and delivers to their doorstep anywhere in the world within five working days.

Chetana says customers save at least 70 percent on shipping by shopping through their platform instead of buying and internationally shipping products individually from each marketplace.

Once the customs paperwork is done, customers receive the final weight and shipping price, and the tracking information. Approximately, it would cost around Rs 6,000 for a package weighing 10 kg.

Challenges in the journey

An engineering graduate from G Narayanamma Institute of Technology and Science for Women in Hyderabad, Chetana moved to the UK in 2005 to pursue a master's in multimedia communications engineering from De Montfort University in Leicester.

While Chetana is an experienced digital marketer, Rajesh brings his expertise in warehousing and operations, which has helped in managing their business. He earlier worked with Nestle in the UK and then Amazon in India.

Chetana began by reaching out to online Indian groups like ‘Indians in London’ and similar pages on social media in various countries. From there, most of the businesses are driven by word-of-mouth and references.

Many have appreciated the service once they understood the multi-step process. With more than 6,000 registered customers, Chetana claims to have 85 percent repeat customers. The platform is also drawing interest from non-Indian population abroad with over 1,000 foreign customers registered for their service.

However, the duo says navigating their workspace and market in India was a challenge as Chetana had never worked in India before. She says being selected to the second cohort of WE HUB incubation programme has helped with access to mentorship, customer resources management, and connecting with investors who have shown interest in infusing funds.

In addition to the surge in demand amid the pandemic, the Hyderabad-based startup saw its highest sales during Diwali last month.

The entrepreneurs are keeping a close tab on customer care at the moment. Chetana says it would be quite an achievement if people think of the platform instead of asking friends and family, even after the pandemic settles down and things get back to normal.