India cannot bounce back if it leaves its women behind 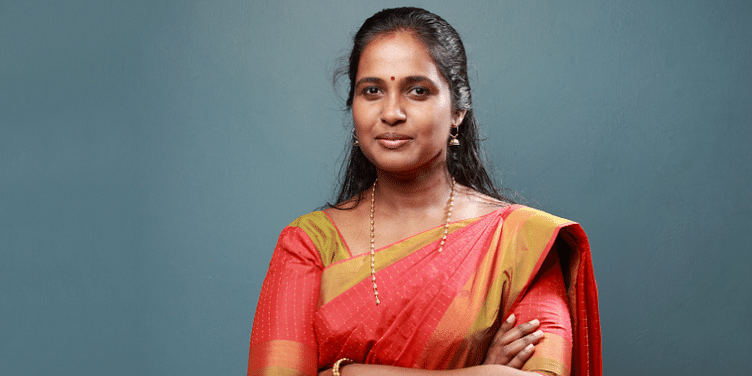 As economies around the world remain ravaged from the footprints of the pandemic, it is essential to remember that any recovery plan needs to be gender responsive. Focusing on issues important to women is not only the right thing to do, but it is also smart economics.

Savitri Devi is a poor woman living in the district of Dumri, Jharkhand. A tribal by birth and a daily wage labourer by profession, she ekes out a living along with her husband, working on other people’s farms.

As India went into a lockdown on March 25, 2020, Savitri and her family stared at a long period of food insecurity. Dependent on the subsidized grain supply by the government, they did not have enough cereals to last more than a month.

In a survey undertaken by a civil society organisation (PRADAN) for an IWWAGE supported project, Savitri responded that her family was eating vegetables in less quantities, and took only rice with potato or jackfruit, on some days even drinking rice starch to fill their stomachs. When surveyed again, Savitri was suffering from great anxiety, not knowing when she would be able to feed her children next.

Enough has been written about the disproportionate burden that COVID-19 has had on women. In a deeply unequal society such as India – one that is considered among the most unsafe for women, one where few women (only a quarter) are in the labour force and declining, and one where women earn 35 percent less than the average for men (the global gap being 16 percent) – the pandemic has emerged as a significant setback. Estimates vary, but the proportion of women who have lost jobs is significantly higher than the proportion of men.

According to data by the Centre for Monitoring Indian Economy (CMIE), at least four in 10 women in India lost their jobs during the early months of the pandemic. This translates to an estimated 17 million women who were rendered jobless in March and April 2020 itself, in both the formal and informal sectors. The recovery is likely to be slow, with the odds of women working, namely, men only declining over time.

Many women who are self-employed and work mostly under the insecure shadow of the informal economy, reported shutting down their ventures during the lockdown. In a survey carried out by LEAD of non-farm enterprises led by women in rural India, nearly 73 percent of the more than 2000 women interviewed reported a drop in revenues.

In another survey by Bain and Company of around 350 ‘solopreneurs’, the drop in revenues was very similar, with three in every four reporting a decline, and 20 percent saying their income was down to zero. In a silver lining though, in both studies women were largely optimistic, hoping to survive the pandemic with altered business models, product lines and cost structures.

Besides the more tangible impacts, a widely discussed fallout of the pandemic has been the increase in time spent by Indian women on unpaid care work. India’s latest time use survey suggests that the participation rate of men in domestic activities is low at 26 percent and for females it is at a startling 81 percent.

While the onset of the pandemic led to men stepping in these roles in the month of April (leading to an increase in time spent by them on household chores), by August these were back to pre-pandemic levels. Women on the other hand have spoken across the board of a rise on unpaid care commitments, be it attending to their children who have had no access to regular schooling or the elderly for whom access to normal healthcare services has been difficult.

The burden has been particularly heavy to bear for urban women who live in nuclear families. Many have dropped out (usually women with young children) either speaking of a decline in productivity or suffering from a guilt syndrome of not doing enough, be it at home, or at work.

The anxiety to put food on the table, to work and to balance household responsibilities has only been made worse by heightened violence. Calls being made to helplines have increased as women jostle for space in small settlements, in close proximity with their families who often are the perpetrators of violence. And the calls are reportedly only a tip of the iceberg.

In studies undertaken by IWWAGE of women who belong to SHGs in rural areas, evocative accounts emerge of how the norms around distancing have reduced women’s access to the protective comfort that the social network of other women afforded. These were the unofficial channels which women relied on.

Yet, stories of resilience and leadership have emerged. Women have played crucial frontline roles in countering the spread of the pandemic, and its aftermath in India carrying out tests, spearheading campaigns to make people aware about the virus, and serving quarantine camps housing the millions of migrants returning back from cities.

Here, India’s barefoot network of anganwadi (childcare) and Accredited Social Health Activists (ASHAs) have led the charge, working tirelessly despite reports of delayed payments and lack of protective gear, with many working only as part-time staff.

Similarly, women who are part of Self-Help Groups began catering to the food needs of these vulnerable groups through community kitchens and delivering rations to the doorsteps of households.

These are impacts that are immediately visible. What is of great concern is the long term impact the pandemic is having on health and education outcomes for women. It is now being estimated that while the overall count of men testing positive for COVID-19 is higher, the low Covid count among Indian women may be on account of the fact that they are less likely to access health care, and therefore get tested. Another devastating externality of the pandemic is seen in an increase in the number of stillbirths in rural areas.

Medical professionals attribute it to the disruption in regular health checkups, supplements, food rations and maternal healthcare advice otherwise available to women through the network of anganwadi and primary health centres.

Given the rise in malnutrition and anaemia among women on account of these factors, a study conducted by Harvard University indicates that if women contract COVID-19 in India, they have a higher mortality than that of men. The impacts on educational outcomes are also dismal, with many young girls dropping out of the schools, when unable to pursue an online education or when households have been unable to afford the fee.

Where does this all point to? As economies around the world remain ravaged from the footprints of the pandemic, it is essential to remember that any recovery plan needs to be gender responsive. Focusing on issues important to women is not only the right thing to do, but it is also smart economics. Economies cannot recover and become resilient if half of their population is held back from achieving its full potential.

So, what should India do? The first lesson to be drawn from this experience is that women can be resilience champions. The hundreds and thousands of female frontline workers and women’s collectives who have worked tirelessly during this period show that India’s women can be valuable economic and social agents.

The Indian state needs to invest in their health, education, financial support and employment.

Second, India is unique in that women put in an enormous amount of time into unpaid care (almost nine times as much as men).

While the Indian social contract bounds women to these roles, it is imperative that the workspaces provided for women give them options like childcare facilities and provide flexible employment opportunities, so they can transition easily to work.

Additionally, social safety nets need to be accessible to each and every woman to tide over the decline in assets and income.

Third, India needs to provide its women and girls a safe environment to work, so they can step out and establish the formal and informal networks needed to fulfill their professional lives.

Fourth, as the world goes digital, it is imperative to remind ourselves that the digital medium is an important means of reaching women – quickly and efficiently, whether for skilling or providing benefits and entitlements. But before that, women need to be owners of phones, and they need digital literacy.

Finally, the conversation in India needs to shift from equality to equity. Women should not be ‘compensated’ for the ‘gaps’ they have on various dimensions with men. They perform invaluable work, even if not monetized, for the economy.

They demonstrate leadership be it within their households while multi-tasking, as community workers or as country-wide leaders. It is time we recognise that the goal is not to have the same starting line as men. It is to provide women with a range of full opportunities, so they have in sight the same finish line. As a growing economy that the world is eagerly watching, it would only work to our benefit.

Soumya Kapoor Mehta heads the Initiative for What Works to Advance Women and Girls in the Economy (IWWAGE). IWWAGE is an initiative of LEAD at Krea University.