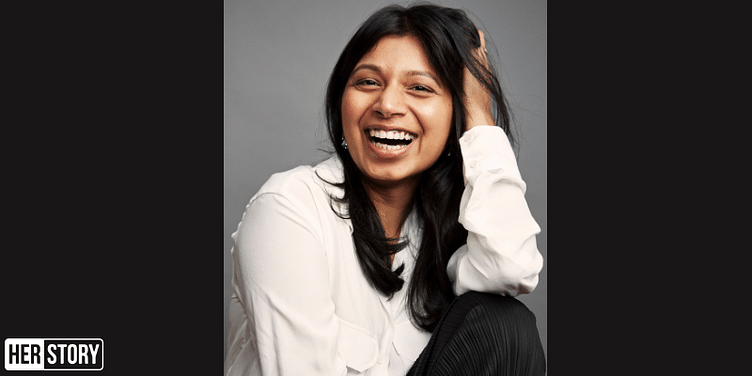 According to Sheta Mittal, Co-founder of ﻿&ME﻿, a women’s health products startup, the healthcare industry in India somehow has turned a blind eye to the nutritional requirements of women who go through menopause.

“While menopause is a common phase in women’s lives, ageism is an awkward conversation for many, including the health issues that come with it,” she says.

“Menopause is a third and final stage of women’s menstrual lifecycle when her periods stop. The transition takes 10-20 years, and for 80 percent women it is associated with symptoms including hot flashes, night sweats, extreme panic and anxiety, memory loss, weakness in bones, hair loss, and weight gain. But often, menopause gets shrugged off as an “old age” problem and very few seek gynec support,” says Sheta.

Sheta says that each of the ingredients that goes inside these cookies is carefully selected and has detailed scientific backing. An in-house nutritionist and a research team with experts from Nestle, Paper Boat, and PepsiCo aid in the process. In addition, the team also regularly tests products as part of controlled studies and speak to 150 women every day to collect feedback.

According to her, each millet-based cookie has 27 researched ingredients, including magnesium, black cohosh, ginseng, and phytoestrogens (plant-based compounds that mimic estrogen in the body) that help balance the changes due to declining estrogen. They do not contain any form of artificial sugar, trans fat, white flour or gluten. They can be included in every woman’s daily regime – to have these cookies as snacks or with tea.

Sheta is an Aerospace Engineer from IIT Bombay and is an MBA graduate from Harvard Business School. She is also a certified yoga instructor.

The entrepreneur has over the years worn a diverse set of professional hats starting from leading Mood Indigo, India’s largest college cultural festival; Strategic Consultant at Boston Consulting Group and Marketing at Future Group. She dived into the world of health with a four-year tenure at Nike World Head Quarters in the US and China. While at Nike, she helped setup Nike Membership 2.0, worked on the opening of Nike’s biggest Store in China, and led consumer experience at the Nike Store and Nike App for WeChat.

Apart from &Me, Sheta also co-founded ForAnima in 2013, an early-stage wellness startup (a marketplace for curated healthy products) based out of New York.

Sheta reiterates that women’s health is the most ignored and underserved market, not just in India but globally.

“The products are outdated, laid with chemicals, and have side effects. The mission behind starting &Me was to change the status quo, drive research and innovation in women’s health, truly understand women’ unique health problems and build solution-oriented products that are natural and effective.”

The menopause cookies are produced in a contract manufacturing facility in Bengaluru supervised by &Me’s team.

The cookies are priced at Rs 249 per box and available on its own website (www.andme.in), Amazon, ﻿Flipkart﻿, ﻿Nykaa﻿, ﻿Zivame﻿, ﻿Bigbasket﻿, and ﻿Netmeds﻿, among others. “Our consumers are women from across India with 70 percent of them from outside the top five cities. In two years, &Me has served 2.5 lakh women through a pure digital content and commerce play, making us category leaders on Amazon and Google,” Sheta says.

The company received pre-Series A funding, seed funded by Matrix, Sauce.VC and Angels, and is looking to cross the Rs 20 crore annual run rate by early next year.

One of the biggest challenge, Sheta says, is that in the first year of operations, they chose to go offline first and struggled to get engagement from the consumers as the topic still remains a taboo in India.

“We took a hard call and pivoted online in October last year, which has been driving our rapid growth so far. Also, customer testimonials simply light up our day. Once, a woman emailed us saying she hadn’t got a regular period for 10 years still she started having &Me,” she adds.

COVID-19 hampered its operations severely and Sheta says their logistics delivery timelines are still being impacted, and their manufacturing facilities are running on constrained capacities.

But she is thankful to all her employees who came out and continue to work through the pandemic.

“Our business has recovered, and we are adjusting to the new normal. Our future plans include building a one-of-a-kind women’s health destination with content, tracking, device, and products,” she says.

3 reasons why girls outshine boys in board exams