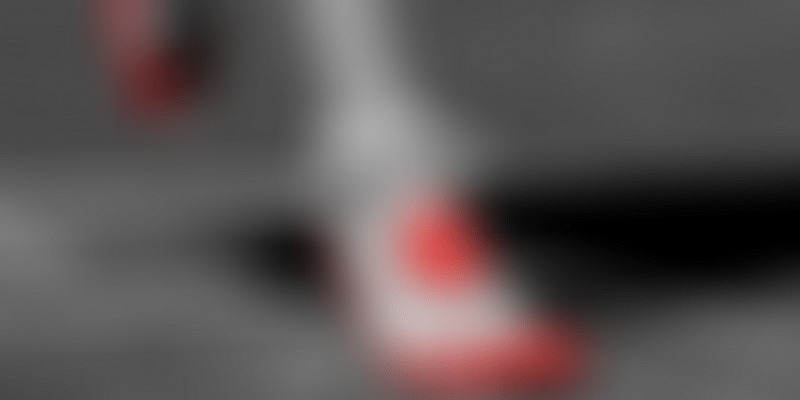 In times of crises, weaker sections of society like disadvantaged girls and women have faced the brunt. On National Girl Child Day, let’s explore India’s battle towards empowering the girl child in the middle of a pandemic.

As the COVID-19 pandemic raged, organisations around the world raised alarms about the rise in child marriages. Non-profit organisation Save The Children warned that “half a million more girls are at risk of child marriage in the pandemic year, and the increase is set to reverse 25 years of progress, which saw child marriage rates decline.”

In India, where one in every three child bride lives (according to a UN Report), the situation is expected to get worse as families have been pushed to the brink of poverty, with many marrying their daughters off to be relieved of financial burdens.

Priti Mahara, Director of Policy, Research and Advocacy at CRY – Child Rights and You calls this ‘distress marriage’.

“Child marriage becomes justified as something that helps the family with one less mouth to feed in a time of scarcity – it’s something they would have to do anyway, so why not do it now. Families usually think their daughters are more at risk for compromised safety in such times, so they’ll prefer to get them married off – it’s a transfer of risk – even though the consequences are the same – sexual exploitation and early motherhood,” she says.

India part of UN initiative to save girls from child marriage

Sending away the daughters

In Rajasthan, the Indian state with highest rate of child marriage, rehabilitation psychologist Kriti Bharti, who is also the Founder and Managing Trustee of Saarthi Trust, is busy running from one family court to another for annulling child marriages – Kriti is known as the first annuller of child marriage in India.

But as many things came to a standstill during the coronavirus-induced lockdown in early 2020, so did Kriti’s work in annulling of Nimbu’s marriage, that took place 18 years ago in Baap Tehsil of Jodhpur.

Nimbu was handcuffed and married off at the innocent age of two. On expressing her wish of not wanting to stay married today, caste panchs (community leaders) threatened that her family will be excluded from their Jati (community).

Soon enough, she reached out to Saarthi Trust and hers became the only marriage annulment that Kriti could complete during the pandemic, but with a delay of nine months. In December 2020, Judge Mahendra Kumar Sinhal issued the order annulment.

What usually happens, Kriti explains, is that girls are married at a young age while Gauna (the sending away ceremony associated with consummation of a marriage) takes place when the girl hits puberty.

Kriti states two reasons that led to spike in Gauna ceremonies during the pandemic -ironically, the very measures that would help beat the pandemic. Social distancing norms, that meant small gatherings and less expenses, as well as lack of help available during the lockdown.

“Under normal circumstances, they would reach out to their teachers, activists like me, and police or other administrators. However, because everybody was inside their homes and police forces were focussed on dealing with the pandemic, they couldn’t reach out for help in the usual manner,” Kriti says.

Education becomes a lost cause

The government has had to persuade most families living in poverty to enrol their children to school by introducing schemes like mid-day meal programmes, and not so much by instilling the value of education to lead a better quality of life.

Naturally, Priti says closure of schools played a huge role in increasing child marriages. “Our on-ground experiences gathered over the past four decades suggest that when a child, especially in the socio-economic strata with multi-dimensional poverty, stays away from school for a while, her chances of ever going back to school is reduced considerably. Should any opportunity to study arise, the preference would go to a boy in the family,” Kriti adds.

Priti expresses fears of budgetary reduction in allocation for children in the midst of human and financial resources being directed towards emergency response and saving the economy from further damage.

“The Finance Minister’s budget speech last year set up a task force ‘to examine matters pertaining to age of motherhood, imperatives of lowering Maternal Mortality Ratio, improvement of nutritional levels and related issues’. The recommendations of the task force could potentially be a valuable contribution to the Policy level articulation and strategy to combat child marriage in India,” she says.

When asked if this would prevent child marriages at all, Kriti replied with an affirmative no. In nearly a decade’s work of helping cancel child marriages and rehabilitating the victims, Kriti has seen girls as young as four-days-old being married away.

“It is common sense that when people can't wait even till 18, why would they wait till 21? It definitely won't prevent child marriage in anyway, but infact lead to higher rate of child marriage in India’s data if they consider marriages below 21 age as well. Our situation will not change,” she says, quite matter-of-factly.

The social problem of child marriage dates back to the British rule in India when laws like The Child Marriage Restraint Act of 1929 was launched. “Now considering it takes years for acts to be drafted, it’s been nearly 100 years that India is fighting this evil social practice. Any issue should not take this much time to be resolved. The fact that it continues to be a rampant issue today shows we are heading in the wrong direction.”

Kriti suggests treating child marriage as a crime just like theft and murder, and strengthening the penal system accordingly as a way to eradicate the problem. Extending the ambit of the Right of Children to Free and Compulsory Education to include higher secondary education will help girls pursue higher studies and avert marriage at a young age, Priti suggests.

“Any country would be declared free of COVID-19 when there is no one testing positive. Same applies for child marriage because it is no less than a life-threatening disease for me. India will be free of child marriage when all the marriages are annulled with victims rehabilitated and no further exploitation takes place,” Kriti shares.