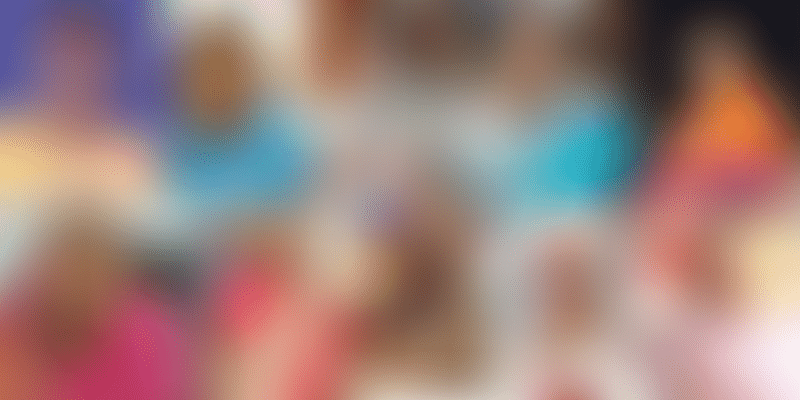 Here is a closer look at 15 women Padma awardees whose journey of determination and triumph will inspire generations of Indians.

Every year, the Government of India recognises Indian people who have made exceptional contributions in the field of art and culture, business, social welfare with civilian honours.

Among the 119 awardees including former Japanese Prime Minister Shinzo Abe revealed a day ahead of the Republic Day are 29 women from different walks of life.

HerStory takes a closer look at 15 women from this extraordinary list and traces their journey.

Sindhutai Sapkal is known for tending to orphan children across India and hence came to be known as the Mother of Orphans. Married early at the age of 12 and a victim of domestic violence, it was while living as a homeless person and begging at railway stations that she saw many children who were abandoned by their family members. That is when she decided to take care of orphans and decades later today, one of her adopted children is pursuing a PhD thesis on Sindhutai’s life.

In 2013, she became the first recipient of The National Award for Iconic Mother. She also received the Nari Shakti Puraskar in 2017 and Social Worker of the Year award from Wockhardt Foundation in 2016, among many others.

Krishnan Nair Shantakumari Chithra, better known as KS Chithra is a renowned Carnatic musician and playback singer who has recorded more than 25,000 songs.

Hailing from Kerala, the artiste sings in many regional languages including Bengali, Oriya, Urdu as well as foreign languages like French Latin, Arabic, and Sinhalese. In 1997, she became the first Indian woman to be honoured by the British Parliament’s House of Commons in the UK.

With international acclaim and many awards to her credit, the 57-year-old has also received six national awards, the highest by any female singer in the country.

Political leader Sumitra Mahajan (77) started as a corporator in the Indore Municipal Corporation in 1982, became deputy manager of the corporation in two years and rose through the ranks to serve as speaker of Lok Sabha for five years till she retired in 2019.

Representing the Indore constituency of Madhya Pradesh – from 1989 to 2019 – made her the longest serving female Member of Parliament. During PM Atal Bihari Vajpayee’s leadership, Sumitra served as Union Minister and oversaw key portfolios like Human Resource Development, Communications and Information Technology, and Petroleum and Natural Gas.

Anitha Pauldurai is a former captain of the Indian women's national basketball team – the youngest one at 19. The sportswoman holds a record 30 medals in national championships from nearly two decades of playing for the Indian Women National team. She is also the first Indian woman to have participated in nine Asian Basketball Confederation (ABC) championships.

From extracting colour from plants and clay and painting on walls to stroking acrylic colours on papers, Bhuri Bai is known as the first tribal woman artist to popularise the art of Pithora painting.

Bhuri, belongs to one of the largest tribal groups in India, Bhil and has been recognised with many awards including Shikhar Samman, Madhya Pradesh’s highest state honour.

Banker turned social entrepreneur, Lakhimi Baruah has helped many women across Assam – especially in rural areas – by providing financial assistance through Konoklota Mahila Urban Cooperative Bank. Founded in 1998 with an initial capital of Rs 8.46 lakh, it is now a bank run by and for women with licence from RBI.

Before started the bank, she worked closely with underprivileged women through Mahila Samiti in Dakshin Sarbaibandha area of Jorhat district, which she founded in 1983.

Eighty-year-old entrepreneur Rajni Bector is a well-known entrepreneur from Ludhiana. What started as a one-woman venture of bakery products and condiments from home, Mrs. Bector’s Cremica has grown into Rs 541 crore business.

In fact, her company was oversubscribed 198 times when it went public in December 2020. The octogenarian entrepreneur was recognised by the government for her contribution to the country’s trade and industry.

Meet Lakhimi Baruah, who is empowering women in Assam through her all-women bank

Ace Table Tennnis player Mouma Das has represented India at various international events including the Olympic Games in 2004 and 2012. She partnered with Manika Batra and reached the quarterfinals of the women's doubles event at the 2017 World Table Tennis Championships. The duo also bagged the silver during the 2018 Commonwealth Games.

Hailing from Kolkata, the 36-year-old was honoured with the Arjuna Award in 2013.

Anshu Jamsenpa scripted history as the first woman to scale the summit of Mount Everest twice in a month – in May 2011. The mountaineer broke her own record by scaling the summit twice in five days in 2017.

Hailing from Bomdila in Arunachal Pradesh, Anshu is also mother of two children and her journey as a mountaineer is dotted with many recognitions and awards. She received the Tenzing Norgay National Adventure Award from President Ram Nath Kovind in 2017 and India's Highest Adventure Award in the following year.

Writer and politician Mridula Sinha was posthumously awarded the Padma Shri award for her contribution towards literature and education in India. A former leader of the women’s wing of the BJP, she became the first woman governor of Goa and served from 2014 to 2019.

Born and raised in Bihar, Mridul began writing short stories dealing with village culture and way of life while running a school in Muzaffarpur. After compiling these into Bihar ki lok-kathayen, a two-volume anthology, she went on to write novels as well.

Bombay Jayashri Rammath is a celebrated Carnatic singer who has performed in several regional languages like Telugu, Malayalam, and Tamil. The 58-year-old also dabbles with genres of Indian classical, playback singing, and bhajans.

Born in Kolkata to noted musicians Seethalakshmy Subramaniam and NN Subramaniam, she is the fourth-generation musician in her family. She has many awards to her name including the Tamil Nadu State Film Award for Best Female Playback and Sangeetha Kalasarathy Award, among others.

Eighty-seven-year-old Shanti Devi is well-known for her philanthropic work that began with setting up an ashram in the tribal village of Khambesu Shankalpadar in 1951. Also known as Koraput’s Gandhi, Shanti and her husband have helped many women and children in distress.

It is also worth noting that the social worker is currently running four ashrams for young girls in Odisha’s Rayagada district.

Bangladeshi musicologist Sanjida Khatun is also among the Padma Shri awardees this year. After completing her bachelor’s in Bengali Literature from the University of Dhaka, she pursued her master’s and PhD from Visva Bharati University, Shantiniketan in India.

Her literary contributions were recognised in her home country with the Ekushey Padak by Bangladesh government in 1990 and Rabindra Award by Bangla Academy in 2010, among others.

Manjamma Jogati is the only trans woman to win the Padma Shri award this year. Manjamma who was named Manjunath Shetty by her parents is no stranger to challenges. Disowned by her family after they identified as a woman in their teenage years and having battled poverty, social discrimination, and rape, Manjamma found solace in mastering Jogati Nritya, Janapada songs, and other rural folk art. They are also the first transgender President of the Karnataka Janapada Academy.

Entrepreneur Jaswantiben Jamnadas Popat bagged the Padma Shri for her simple yet successful business Lijjat Papads. The elderly businesswoman, recognised for her contribution to India’s trade and industry, is nothing short of an inspiration. Started with a loan of Rs 80 with seven women in 1959, the business financially empowered many homemakers in South Mumbai – who came to be known as Lijjat Sisters.

On March 15, 2010, she celebrated the golden jubilee of her company that has now become a household name with over 45,000 women part of the women-only co-operative at the time.