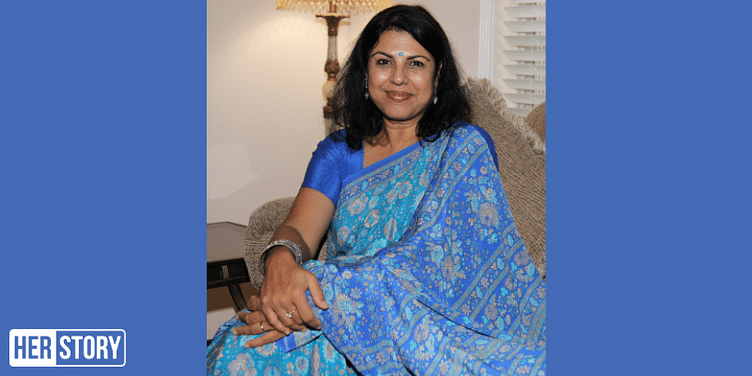 The Last Queen is based on the life of Maharani Jindan Kaur, who rose from being a kennel keeper’s daughter to becoming the last queen of Maharaja Ranjit Singh. It’s also a story of a mother’s love, her loyalty to Punjab, and her fight against the British.

The Last Queen is the story of Maharani Jindan Kaur - a kennel keeper’s daughter and commoner, who became the youngest and last queen of Maharaja Ranjit Singh. Defying tradition, she stepped outside the palace, cast aside her veil, and fought hard to keep the British from annexing Punjab. A fiercely protective mother, she became regent when her son, Dalip, was barely six-years-old.

The Last Queen, published by HarperCollins, also brings Maharani Jindan to life – a queen not well-known in history because the British vilified her as a “prostitute, seductress, and the Messalina of Punjab”.

Her love story with the king, her relationships with other queens, her fierce loyalty to the Khalsa, her vulnerabilities in love – the author portrays Maharani Jindan Kaur like no other – making her an inspiration for all generations.

In a conversation with HerStory, Chitra Banerjee Divakaruni talks about the research that led to the book and the story of a flawed queen.

HerStory (HS): What drew you to the story of Maharani Jindan Kaur?

Chitra Banerjee Divakaruni (CBD): Quite by chance, when on a book tour for my previous novel, The Forest of Enchantments, I saw a portrait of Maharani Jindan (not many have survived) and was magnetised by her expression - stoic and yet full of an earthy strength. That portrait became the cover of my book, The Last Queen. As I researched her, I learned about her courage and resilience, and how she had escaped from a high-security British prison and walked all the way to Nepal for asylum. I learned how she had been cruelly separated for many years from her beloved son, Maharaja Dalip Singh, whose great kingdom of Punjab was unfairly annexed by the British, while he himself was exiled to England. Her dramatic, tragic, and yet indomitable spirit made me curious to learn more about her. I thought, a spirited woman like her deserved to be better known and celebrated, and so I decided to write this novel.

HS: Tell us about your research for the book. When did it start and how long did it take? Can you share some interesting experiences from the process?

CBD: I started research on The Last Queen right after The Forest of Enchantments came out in 2019. So, the research and writing took me two years. This is shorter than the amount of time it usually takes me to write a novel.

In a way, I think the pandemic pushed me to focus on research and writing. Writing kept me from feeling depressed and frustrated about many tragic events in the world that I could not do anything about.

But the logistics were very difficult as I could not go anywhere and visit any of the places where Maharani Jindan had lived. I had to rely on the internet and book research. I had to get books shipped to my home. I could not even visit the libraries, which were all closed. So, for this novel, historical photographs and paintings became really important for me.

I spent a long time looking at pictures on the internet of Lahore Qila, for instance, where she spent many years, or Spence's Hotel in Calcutta, where she was reunited with her son after a long separation.

I would have dreams of these places at night because I spent so much of my day looking at them. These dreams helped me write the scenes more vividly. That was something new and different with this novel.

HS: Maharani Jindan, though flawed in many respects, is also an empowered queen, who cast her veil aside, and stood her own ground to protect her son and kingdom at any cost. Why do you think hers was not as popular a story as other queens from this period?

CBD: That is a mystery for me, but it also turned out to be a boon, because it gave me such a powerful and original subject to research and write about. I think often the stories of women are pushed to the edges of the canvas, especially when there are strong male characters in their lives, and we rarely hear of their adventures, particularly in their own voice. Even with well-known characters like Draupadi in the Mahabharat and Mother Sita in the Ramayan, that is the case. The focus is often on the Pandavas, or Lord Ram. That is why it is a cherished project of mine to tell women's stories, giving them their own voices and thoughts. Additionally, the British had undertaken a massive smear campaign to discredit Maharani Jindan, trying to make people believe that she was a woman of loose morals. They called her "Messalina of the Punjab and said she had many lovers". Perhaps that was also a reason why historians shied away from her.

HS: Even though Maharani Jindan was a commoner, a kennel keeper’s daughter, she came to possess qualities quite contrary to the lineage she came from. What do you think made her stand apart?

CBD: I think Maharani Jindan must have had an amazing inborn intelligence and spirit. Why else would Maharaja Ranjit Singh have chosen to marry a kennel keeper's daughter? He could have made her one of his concubines, but he respected her so much and loved her so much that he married her. In fact, he never married another woman after her, she was his last queen.

Also, she spent a lot of time with him and must have watched him carefully. She learned about strategy and the plots of the British from him.

And finally, she was motivated by her love for her young son, who was only six years old when he became king. She knew that she had to protect him.

Mother love motivated her to use all her wits and dispense with her veil and create an alliance with the Khalsa army. They loved and respected her so much that they gave her the title ‘Mother of the Khalsa’.

HS: The book is also full of political intrigue, royal battles, and a kingdom divided by different factions and how Maharani Jindan adapted to changing times. How difficult was it to patch these stories within stories?

CBD: It was difficult. I had to do a lot of rewriting to balance Maharani Jindan's personal life with her public, political one. So much was going on at that time in the Lahore court after Maharajah Ranjit Singh's passing. For instance, one by one, the sons and even the grandson of Maharaja Ranjit Singh died under strange circumstances. I had to weave those events in with a portrayal of Maharani Jindan's feelings as she tried to make sense of all these events, to figure out who she could trust, and to protect Maharajah Dalip Singh, who was just a baby then.

HS: Among the characters in the book, apart from Maharani Jindan, can you name those that really touched you?

CBD: I really loved writing about women who were her dear friends and allies - Rani Guddan of Kangra, Rani Pathani who was the wife of Wazir Dhian Singh, and especially her faithful and clever maid, Mangla. These women protected and championed Maharani Jindan through good times and bad. I also created a character, Maahi, based on the unnamed seamstress who helped Maharani Jindan escape from Chunar prison.

HS: What draws you to stories of powerful women and why?

CBD: I think it is crucial for a culture to admire its women and have many women role models of different kinds - especially women who go through difficulties and emerge stronger. That is why I write these stories - in the hope that they will inspire my readers to handle their own difficulties with intelligence and determination, as Mother Sita, Draupadi, and Maharani Jindan do.

HS: Do you think it was a risk launching the book during the pandemic?

CBD: Yes, it was a risk. But my publisher and I decided to take a chance and trust my readers, who have been so supportive in the past and have regularly put my books on the bestseller lists. Also, I was excited to share Maharani Jindan's story with everyone and did not want to delay it. I am doing events on the internet and hoping that attendees will get interested in The Last Queen and pick up a copy. Perhaps, because of the pandemic, people will have more time to read. When I come to India next, I promise to sign all the copies of The Last Queen that readers are buying right now!

HS: What are you reading currently?

CBD: I am thinking about my next writing project already. It will probably be set around India's independence, so I am currently researching the Quit India movement, the Salt March, and the Partition on the internet. For fun, I am re-reading Margaret Atwood's The Blind Assassin. Atwood is one of my favorite writers. She, too, has strong women characters.

HS: Who are your favourite women from history?

CBD: There are many - from characters such as Draupadi, mother Sita, and Radha from our ancient history. Also, I am fascinated by strong-willed queens who come later, such as Razia Sultana and Rani Lakshmi Bai. In a very different way, I admire Meera Bai, who had to fight many challenges to follow her spiritual calling. Recently, I read the life of Kadambini Ganguly, who faced many prejudices in 19th century India because she wanted to be a doctor. She went to England in 1893, studied medicine, and was awarded a medical degree. She became one of India's first and most successful female doctors. I am very impressed by her and might put a doctor like that into one of my future novels.