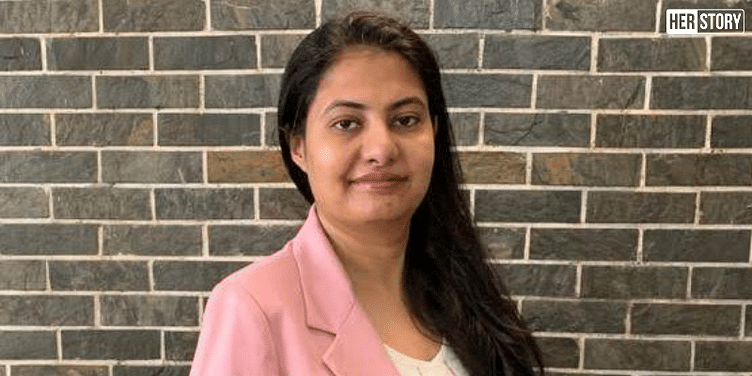 Kamini Vidisha started ACadru in 2017 to focus on multidisciplinary learning, and has over 10,000 active users from India and the US.

Most edtech players found themselves becoming a huge part of the children’s life as they tapped into online schools during the pandemic.

The global edtech and smart classroom market, which was valued at $ 75.24 billion in 2019, is now expected to grow at a CAGR 15.3 percent and reach $234.41 billion by 2027. The Indian startup ecosystem saw the edtech sector securing the second-highest funding after the fintech sector in the first quarter of 2020, according to a YourStory Research report.

Started by Kamini Vidisha and Abhishek Singhal in 2017, ACadru aims to introduce non-linear ways of learning that piques one’s interest and help learners to prepare for the job market of the future. It was initially started as a project as part of her edtech startup, Anavi Learning.

“In India, multidisciplinary education has come into play now with NEP 2020, but we have been talking about it for six good years,” Kamini tells HerStory.

A former software engineer at Accenture, Kamini moved to the US to pursue her second master’s in finance, accounting, and general management from Harvard University, and was intrigued by the nature and freedom of learning in schools.

With the hope of instilling a similar learning attitude among children in India, she started creating a makerspace where children can just experiment with projects and have skill-building exercises of their interest. This led to the birth of ACadru

The platform has been offering about 200 courses in beta version for about three years, and was recently launched commercially. Operating on a B2B and B2C model, it caters to a wide range of audience comprising students, working professionals, as well as homemakers who want to explore their interest.

Kamini says the platform can help students identify their interests by exploring various courses titled as Mathematics: The magic behind movies; food design; and comic and graphic novels: literary value, among others.

The startup claims to help learners identify their interests by introducing inter-related topics in content and leverage AI and ML-powered recommendation engines to track their behaviour and interests and make it more personalised.

“Multidisciplinary does not mean just putting two different subjects together. It is when a person starts exploring videos on psychology and cross learns about its role in fields like advertising and the connection of psychology of smell eventually leads to perfume and its chemistry,” Kamini explains.

In the B2C model, users can either access the free plan, which gives access to only three courses on the platform, or avail three variations of paid annual subscription, ranging from Rs 2,999 to Rs 49,999.

It has also partnered with schools and learning institutions to help counsellors in guiding students towards their field of interest in B2B association.

Kamini who has no qualms about gender bias as an entrepreneur is aware of the responsibility and says she is always striving to hire “voracious readers who can read for over 50 hours in a week” to join its content team of five people at the moment.

“There is so much material online that we don’t need to recreate the content but curate it better with a strong narrative for impactful learning,” says Kamini, who takes care of tech and content while her co-founder Abhishek Singhal is responsible for all other aspects, including finances.

The entrepreneur says there is no direct competitor with a focus on multidisciplinary learning in India, but the competition has only grown in the edtech and learning space, led by the likes of ﻿BYJU'S﻿ in India.

“While most platforms are unidirectional and curriculum-driven, students and teachers have become open minded to explore what is multi-disciplinary learning,” she says.

With more than 10,000 users, ACadru has users from the US and metro cities of India. She says the reach has increased since NEP 2020. Kamini says multidisciplinary education holds promise of growth, but there is a long way to go before people fully understand and get used to moving away from the traditional way of learning.

Bootstrapped so far, the startup declined to comment on its financials.