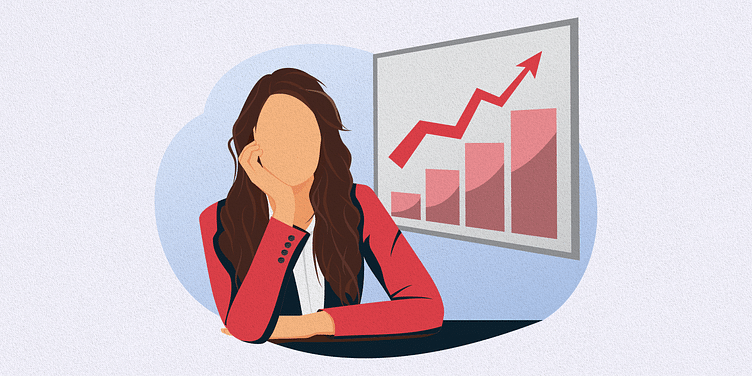 Improving gender participation has the potential to add as much as $12 trillion to the world economy in the next five years.

Former US first lady, Michelle Obama said, “No country can ever truly flourish if it stifles the potential of its women and deprives itself of the contributions of half of its citizens.”

Being an entrepreneur in India isn’t easy. Being a women entrepreneur in India is the next impossible thing. Daring to live freely still remains the first. I was still a young, naïve college graduate on my way to becoming a doctor when I first dreamt of starting something of my own. And as if the world at large wasn’t a problem on its own, my father had a notion of his own. Of course, I don’t deny that most of it were borne out of sheer concern for my future well-being, but defying him, winning him over was perhaps the first big hurdle that I had to overcome.

Once I had crossed that ﻿Rubicon Venture Capital﻿, then Rome was never out of sight. Now, years later, with a ton of successes on my back, I can very well understand the true extent of resistance that most of us in our gender have to endure in order to stand out of the line.

The coronavirus hasn’t made it any easier. It has changed things, and often for the worse. The way we work, think about our future and comprehend day-to-day realities has entirely changed over the past few months. Other fledglings, recognised but not thought to be serious contenders to a global shift, have proved everyone wrong. As the viability of business school collapses and the value of healthcare jobs increases, we are seeing a radical change in the way the world is stacked. And even while age-old practices and institutions, earlier considered robust and immune to change, are on the cusp of crumbling, most of the patriarchal underbelly of our society still remains intact.

But it’s the crisis like this, that presents the most opportune moment of change. History is filled with such instances. While the two World Wars ravaged most parts of Europe, making them devoid of both young men and peaceful society, it also opened sectors of the economy hitherto thought to be beyond the reach of most women. Post-COVID revival offers India one such opportunity. It gives us a golden chance to reset the representation of women in the workforce. As the government is shaping policies to address the fallout from the global #COVID19 crisis, it is imperative that we put female workers on an equal footing as male workers. After all, didn’t women make up the majority of workers on the front lines during pandemics as well?

Women entrepreneurs in India are very ambitious and ready to take forward any task assigned to them. But there are several challenges in front of them to become the fundamental part of the economy owing to several structural and societal barriers existing in our country. These include the role of entrenched gender norms in our society, unconscious biases, gender pay gap, lack of quality jobs and financial support for women. While women constitute almost half of the Indian population, their share in the labour force participation is a dismal 20.5 percent (according to the World Bank), and even lower than that in entrepreneurship. A society in which half the population cannot realize their full potential loses out on the significant potential for innovation, economic growth, and job creation.

While there could be a hundred reasons to advocate greater women entrepreneurship, there are few that clearly stand out. Other than being a valuable contributor to the economy, Indian women are masters of management, having been trained to manage households since their very adolescence. At a time when most of the new startups tend to die down under the heavyweight of profligacy, a women's head at the helm of it can make all the difference.

Women in the workforce

Bringing in more women participation is another major factor. As a not-so-recent working paper by Ghani and others noted, while men comprised 97 percent of male-owned establishments, women constituted almost 90 percent of the labour force in women-owned establishments. While such a trend may be undesirable going forward, it may very well be the way to go, if improving women's labor participation is the primary objective. More women in the market will also mean more gender parity in income. As Economist noted, narrowing the gender employment gap will increase per capita income by as much as 20 percent by the end of the next decade. In fact, improving gender participation has the potential to add as much as $12 trillion to the world economy in the next five years.

More women in the entrepreneurial mode will also mean more investment options for other budding women entrepreneurs. Investors in India generally tend to have an unintentional bias against investing in women-owned and women-designed startups, fearing (largely unsubstantiated) that they are more susceptible to losses than the male ones. Having more women will create a pool of mentors and angel investors who are not just conducive to the idea of greater women entrepreneurship but also have more faith in a women-centric model of economic growth.

As of 2019, India ranked 52nd (out of 58) on Women Entrepreneurship Index and there remains a big room for improvement. While many underlying problems associated with women labor participation like well-paying jobs, flexibility in working hours, proximity to the place of stay, among others, will take time to resolve itself, as will the sustained effort to create a strong regulatory framework to improve women security at work, some short term efforts like improving credit access, affordable childcare facilities and ease of doing business for women can go a long way in getting more women like me to come out of the closet and take the proverbial plunge off the cliff.

(Disclaimer: The views and opinions expressed in this article are those of the author and do not necessarily reflect the views of ﻿YourStory Media﻿.)