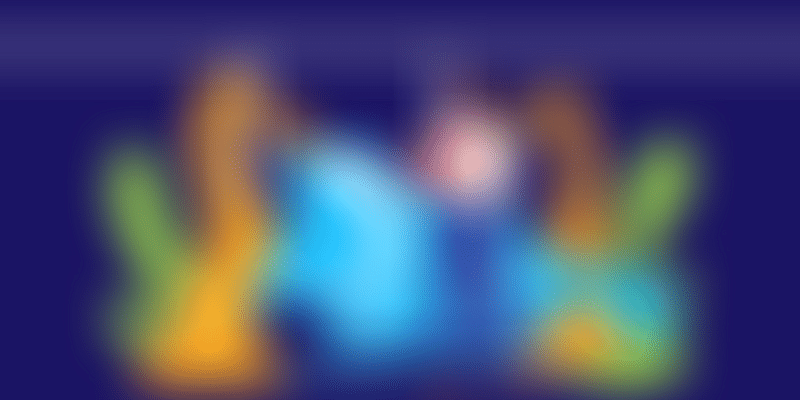 Meet the women at Vedanta's Aluminium & Power Business. Breaking away from the norm, they are successfully handling different roles from firefighting, security, procurement, and innovation at its plants.

Women in manufacturing still remain an under-represented segment, and according to different studies, constitute only 20 percent of the workforce in the country.

Women professionals make up approximately 20 percent of the organisation’s workforce – one of the highest gender diversity ratios in the Indian manufacturing sector.

While hard physical labour and night shifts are some of the common reasons cited for the abysmal number of women in manufacturing, the women at Vedanta are conquering different barriers from a young age.

These women are levelling the playing field by handling significant portfolios, especially in core operations like production, logistics, innovation, finance, security, procurement, and civil work across its Jharsuguda plant, one of India's largest aluminium producing plants with its world-class Alumina refinery at Lanjigarh.

“Manufacturing, and the metals industry in particular, has traditionally been a man’s world by way of social-conditioning or lack of awareness. We have one of the highest gender diversity ratios in the manufacturing sector in the country, especially considering that our operations are located in remote areas of the country."

"Women professionals have excelled spectacularly and made their mark across a diverse gamut of functions, from smelter operations to security and even firefighting - literally. The roles offered are gender agnostic and empowered,” he adds.

These women, with origins in small towns from all over India, tell HerStory what it means to defy trends and break the glass ceiling.

Hailing from Jaipur, Vasudha completed her engineering degree in Electronics Instrumentation and Control from Bikaner Government Engineering College. She recounts that several companies declined her from appearing for campus placement exams and interviews citing that most job opportunities were reserved for men.

“Just opting for engineering was not enough. The real challenge was to be accepted as a woman who can be at work sites. Vedanta was one of the very few companies that allowed us to take the examination and undergo the placement process,” says Vasudha

However, Vedanta recruited her as a maintenance engineer at its Tuticorin plant after which she shifted to the safety department of the power plant as she wanted to experience and learn about a different part of the manufacturing process.

Vasudha is currently the Head of Coal Procurement and Contracts over the last year and oversees strategic planning and procurement of coal for Vedanta’s Jharsuguda unit to the tune of approximately 20 million tonnes per annum. Her job also entails handling coal auctions, handing out service contracts, collaborating with a range of vendors, assessing their products to fulfil factory requirement, among others.

This mother of one also noticed several batchmates and colleagues give up their job to be with family as their husbands were in different cities, and considers herself lucky to have a husband also working in the Jharsuguda plant.

Born in Tuticorin, Tamil Nadu, Jyothi was raised in Goa. She ranked third at the University of Goa in Civil Engineering and later pursued a diploma in AutoCAD.

Aside from her current task of overseeing civil projects at Jharsuguda, she is also overseeing corporate projects like corporate renovation in offices in Delhi and Mumbai, monitoring and collaborating with the staff there. She is also in-charge of water-related projects that are crucial in actualising Vedanta’s Sustainability Framework of ‘Zero Harm, Zero Waste, and Zero Discharge’.

“Right from an early stage, Vedanta allots you independent projects where you have full ownership and are the decision-maker. This opportunity is given to all young employees and leaders. It makes you learn at every step of the process and shapes you into a confident and motivated professional,” she says.

Jyothi’s passion and dedication have also won her several accolades over the years. Some of these include being honoured with the Technical Star of Business (2017-18) award, CEO Kitty for project completion and Recognition for Safety.

“Women can do anything. They need to be fearless. If a man can do a task so can a woman. This confidence can take you a long way. Do not worry about balancing a big project and family. Have faith in your skills and confidence in your proficiency and set the ball rolling,” she adds.

Hailing from Ranchi, Jharkhand, Debamita Chowdhuri recollects images of humming machinery, burning smelters, and mile-long floor shops as her father worked in a manufacturing company in the formative stages of his career. It inspired and encouraged her to be closely related to the manufacturing process herself.

A young chemical engineering graduate from Manipal Institute of Technology, she realised early in her career how rare it was for women to embrace on-site operations in her field.

When she joined the potline operations team, she was possibly the first women engineer in the role and her role and seniors were unsure of how to allot shifts as she was a woman. At one point in time, Debamita had the daunting task of receiving commands from two different shift heads, until she was finally allowed to work in different shifts on different days of the week. At the end, she proved her proficiency and depth.

Chowdhuri’s career progression at Vedanta saw her responsibilities grow significantly from Potline operations where she worked in the heart of aluminium smelting operations to the Innovation Cell in three years.

“Doing work on the field in adverse conditions is known to be a man’s job, and this was upsetting. But at Vedanta, equal opportunities and capability supersedes everything else. Women employees go to the shopfloors and work in shifts in coordination with their male colleagues. Handling critical tasks like ACD measurement, AlF3 checking, supervising pot redressing, beam raising, hot metal tapping come easy to me,” she says.

“It is okay if initially others think less of you for being a woman in a new workplace. Believe in your potential and work to change their mindset in good time. Trust yourself,” she adds.

Dreaming big has always been the secret weapon of Aancy Kujur, a security officer at Vedanta’s Jharsuguda plant. She joined the plant right after her graduation in computer science, physics, and military science.

“My family has always supported me. They have been my backbone in every decision I have taken in my life. I have lived a life with zero inhibitions to take on anything that came my way and that gives me the confidence to keep going,” she says.

Aancy is also a trained NCC certified cadet and has attended three national cadet camps and did a short course in military science at the Indian Navy Service training academy at Ezhimala, Kerala, where she was awarded the best cadet.

In the course of her work as a security officer, Aancy often has the unpleasant task of dealing face-to-face with anti-social elements, material theft attempts, weapon bearing intruders and several other challenges. However, staying calm, she remains undaunted and can find a solution to each problem and has been recognised for her temperament and competency in dealing with potentially dangerous scenarios not just for a woman but also for a man.

“My work does see a lot of men on the job, but I have never felt prejudiced or uncomfortable for being a woman on the job. It is a fair environment for all the guards and each of us are given equal opportunity to showcase our talent and excel in our jobs,” she adds.

At the Hindustan Coca-Cola Beverages factory in Sanand, young girls take pride in leading from the front

After graduating as an Electrical Engineer from Bengaluru, Lakshmi was recruited by Vedanta through campus recruitment in 2012. Since then, she has contributed to the operations of three different businesses – BALCO, Vedanta Lanjigarh, and Sesa Goa. She has spent most of her time in Vedanta Lanjigarh and was also a part of the journey towards the expansion of the Lanjigarh plant from 1.2 MTPA to 2 MTPA.

Lakshmi says, in her tenure at the company, she has witnessed various campaigns and programmes, which promoted women empowerment and sustainable growth for the women employees of the organisation.

“I have never been pulled down the ladder just because I am a woman. My colleagues, seniors, and subordinates have always been supportive in shaping my career and helped me in contributing towards the growth of the organisation,” she says.

Being an electrical engineer, she got the chance to work for the commercial as well as the asset optimisation department.

“I’m very thankful to my family, especially my father, for being extremely supportive while I was taking major decisions in life. I had the freedom of choosing what’s right for me and I believe everyone should have the freedom to decide their respective career path,” Lakshmi adds.