How women are gaining financial independence by becoming savvy investors, focusing on crypto 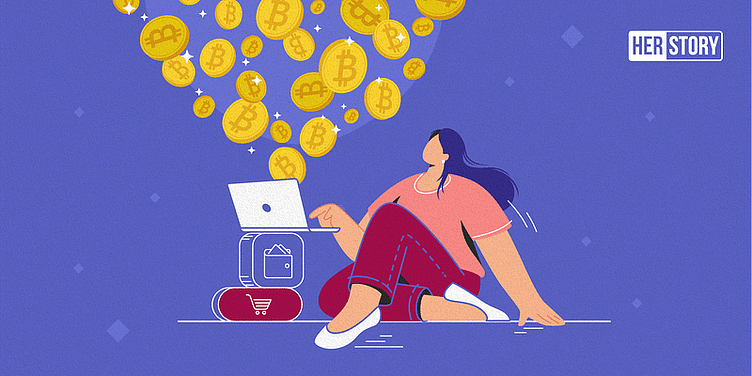 While women traditionally took a backseat in making investment decisions and calls, recent reports and data reveal that the dynamic has been shifting for the past two to three years.

For years, women have fought and strived for financial independence and security. While joining the workforce was a step forward, having control and security of their income is also important.

Unfortunately, the finances of most households still end up being handled by men. Last year, the Gurugram-based fintech unicorn, ﻿Paytm﻿, had conducted a live experiment on the control women had on their money and discovered that few women had an understanding of what investment decisions were being made.

But all that is changing. Women are now learning to take more control of their finances, with cryptocurrencies being one of the key financial instruments.

This is despite having fewer women investing in the markets. A CDSL survey has said that of the total individual Demat accounts, 76 percent belonged to male investors. But with the emergence of the crypto market, now over 15 to 20 percent of the investments are being done by women, and this figure is on the rise.

As of March 2021, data by crypto exchanges on the usage patterns found that women increasingly preferred cryptocurrencies such as Bitcoin, Ripple, Cardamon, Ethereum, and Tether.

Attesting to this, Satvik Vishwanath, Co-founder and CEO, Unocoin says, “We generally have 12-15 percent of our customers as women. This year, we have seen it increase to just more than 20 percent. I strongly believe the pandemic has made women look at alternative modes of investment due to the spread of information by media and the availability of online education material.”

This shift, according to Shivam, could be because of a bull run, more educational content, as well as information available about cryptocurrencies on news and media outlets.

“The Supreme Court of India upturning the banking ban, followed by the pandemic-induced lockdown, has given them more time in hand to read and learn more about crypto. As they read more about it, they learned about the potential of the technology as well as the bright career prospects that the industry has to offer. At WazirX, we’ve also been working on several educational initiatives to demystify crypto for the masses. It’s good to see that our efforts are paying off.”

He adds that since May 2020, they have seen the number of female users grow by almost 9,000 percent on WazirX.

A report by the tax platform ﻿ClearTax﻿ says that there is an overall growth in the number of women investors. It said the average woman invests over 12.7 percent – more than her male counterpart.

Satvik also adds that the time that women spent online has gone up from 18 minutes to 28 minutes.

Small steps towards a long road

While the numbers are nowhere close to the kind of investments men make, the data definitely points to a significant shift.

According to a 2019 survey on investment behaviour of women in India conducted by Pulse in association with Nielsen, despite growing awareness for financial independence among women, only 33 percent took their own investment decisions, as compared to 64 percent of men.

It further found that husbands played a bigger role than parents in encouraging women to take decisions related to their investments. It stated,

But now, women are becoming more aware. The ClearTax report added that this shift isn’t just restricted to metro cities. The number of women investors in India’s Tier-II cities and beyond is also growing.

The report states that close to 60 percent of the investments made on ClearTax are from Tier II, III, and IV cities. These investments also are a little risker. Thus, women are clearly taking the right steps towards true financial independence.