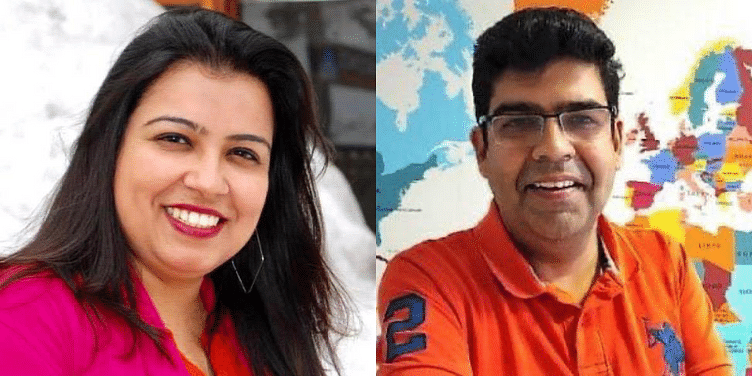 Although thin strips or films are an effective means of drug delivery, it is limited to a maximum dosage capacity of 40 mg so far. Bengaluru-based startup BonAyu is raising that to 500 mg.

Bangalore-based BonAyu Lifesciences, which has been innovating drug delivery through thin strips, recently raised $1.3 million from an HNI, the founders shared in an exclusive interaction with YourStory.

Founded in 2015, the startup’s breakthrough innovation is increasing the dosage limit per strip from just 40 mg to 500 mg, opening greater scope for convenient drug delivery.

Founders and brother-sister duo Bhavna Basu and Vishal Kataria bring nearly two decades of experience in the pharmaceutical industry each and are now making a case for convenient and effective drug delivery through strips as an alternative to solid oral drugs and dietary supplements in the form of pills, capsules, powders, gel tabs, extracts, or liquids.

“Although thin strips are considered the most effective way of delivering drugs, one strip could not carry more than 40 mg dosage earlier. Hence, it was difficult for drugs with higher dosage and that is why there are very few thin strips available in the pharmaceutical industry,” says Bhavna.

In 2019, the government of India’s Department of Biotechnology recognised BonAyu Lifesciences as the top innovator, and the startup also received ﻿BIRAC﻿ grant in the same year. The following year, it received the National Startup Award, and Elevate Grant from the Karnataka government.

Coping with loss, grief and anxiety, how the second wave of COVID-19 is affecting the mental health of women

In 2016, the duo met John D Balian when he was scouting for companies to invest in India and discussed the startup and its idea. At the time, pharmaceutical companies were facing two challenges when it came to thin strip products — outdated manufacturing technology that rendered short shelf life, and the limitation on dosage.

“He told us, if we overcome these challenges, then the sky's the limit,” Bhavna recalls, adding that the duo received $100,000 each from John and Oliver a year later.

Most of the equipment to build manufacturing technology were either sourced from Japan, Germany, or the US. “But with little infrastructure, we leveraged our experience in process engineering and customised various equipment to our needs and were able to develop a completely in-house built tech for manufacturing, which is an FDA approved GMP facility,” adds Vishal.

After five years of research, BonAyu launched a range of nutraceutical products direct to consumers through online channels such as Amazon, Flipkart, and Netmeds, besides its own website. Although the technology is ready to manufacture pharmaceutical drugs, it is yet to secure licenses for the same in India and hopes to enter the pharma sector through partnerships with established pharmaceutical companies.

"We realised the low-hanging fruit or the fastest growing market is that of nutraceuticals or the supplements market and we have almost 60 different products," Bhavna says.

In fact, the startup claims to be the only company globally to offer Glutathione molecule, a dietary supplement usually taken in the form of injection or pills.

“It gives a glow to the skin and people usually get an injection and take maintenance dosages for at least six months to a year. The problem with consuming pills or capsules is that the molecule degrades in the stomach and has little benefit. With the thin strip, it gets absorbed through the mucous membrane and directly goes into the blood and the absorption rates are much higher,” she explains, adding that the product is gaining huge response from experts as well as consumers.

Now based in London, Bhavna has obtained necessary regulatory approvals to operate in the UK, US and European markets and hopes to launch the products soon.

BonAyu has a large market opportunity, both domestically and internationally.

Meet Dr Himangi Bhardwaj, one of two Indian women to receive the MBE this year

The biggest challenge to scale BonAyu Lifesciences has been financial constraints. Despite external fundings, the duo had to keep putting in their money — Rs 3.5 crore so far — to keep the research work going and file various patents.

“Research involves a lot of trial and error and we have had our share of failures. At some point, we were tired of bootstrapping the company even after angel investments and five to six years is a long time but we realised we had reached a certain stage,” Bhavna says.

However, the two founders had a clear vision from day one — to launch products commercially, regardless of how long research takes. Today, the startup is receiving a lot of interest from end consumers, as well as international pharma companies for B2B partnerships.