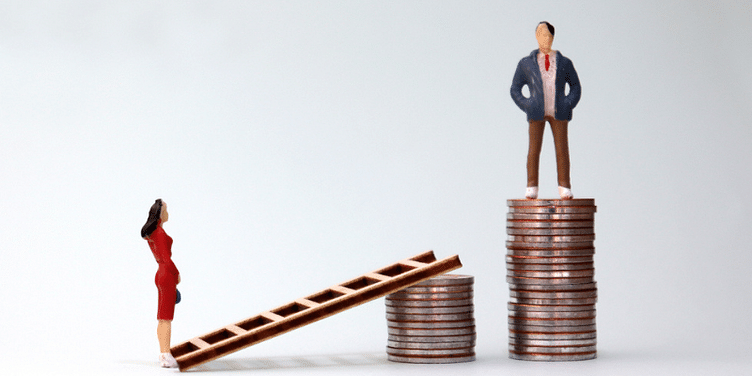 With COVID-19 triggering widespread changes in the way businesses are operated, gender diversity and active participation of women are two easily achievable targets.

What makes a workplace more inclusive? A work environment that actively promotes women’s participation in all levers of the hierarchy.

From entry-level recruits to executive roles and, finally, the prized corner room, a company that is sensitised on gender equality offers the most level-playing field and acts as a catalyst for employees to maximise their productivity.

With COVID-19 triggering widespread changes in the way businesses are operated, gender diversity and active participation of women are two easily achievable targets. After making the work-from-home option the new normal, the crisis created by COVID-19 has helped us focus on gender diversity and the gender-pay gap – two simmering issues which would have remained off the radar for at least five to 10 years.

To reap benefits of gender diversity and equal participation of men and women, we must chisel out a five-point advantage roadmap: it provides a boost for the company’s brand and reputation; helps in stitching up productive collaboration; gives a strong fillip to client satisfaction; encourages innovation; and gives much-needed impetus to the company to break through the barriers and compete in new industries and geographies.

With women participation being less than satisfactory in the headline countries, it’s a woeful fact that at least 52 percent of women respondents in a global survey said that they have not been given equal opportunities as men. Incidentally, India ranks 108th out of 145 countries in the World Economic Forum’s Global Gender Gap Index.

To achieve equal participation in any organisation, the company must create necessary access tools to help them make an entry into the corridors of workspace. Once inside the campus, women face three-pronged challenges: harassment, communication gap, and ethnic and cultural differences.

There are enough corrective mechanisms – in terms of grievance cells, committees that take note of even the slightest hint of bias or discrimination – but most of these harassments or differences occur often in informal settings.

Women employees are asked to shoulder the extra burden, work beyond the stipulated hours, or are given responsibilities that will force them to compromise on quality life or their unstinted engagement with work.

These are some of the hurdles which most women workers negotiate with every single day as they try to achieve success in their careers.

Here are some of the measures required to be taken to ensure that there’s gender equality at workplace: conduct extensive leadership training programmes and bring more women on board; offer flexible maternity leave which can be spread over a period of time instead of confining to just a few months around the birth of a child; and launch watertight, zero-tolerance sexual harassment policies which will build a protective firewall around them; make the performance-appraisal exercise transparent and open to scrutiny, besides addressing all their concerns in a fair and transparent manner; iron out any glitches in salary structure and make it a fair play as far as compensation packages are concerned; and offer flexi-time options where the woman employee’s output is measured through the prism of contribution rather than loyalty to bosses.

These five should be introduced as confidence-building measures so that women employees stand shoulder to shoulder with colleagues and amp up productivity.

In a globalised world, talent and career breaks know no borders. The hiring of senior management executives must have an in-built mechanism to pick candidates from a diversified and larger pool.

Next, incentivise vendors to follow the client’s targeted ratio on diversity for hiring. Roll out opportunities for women who were on a maternity break to kickstart their second innings with strong assurances and delivery on bridging the gender pay divide. This will pay rich dividends in the long run.

Talent search comes with its own sets of challenges. And these challenges increase exponentially when our clients give us the mandate to headhunt women leaders. Women leaders with rich experience constitute just 20 percent of the pool. In such a scenario, we look at candidates from outside the country and convince them to relocate to India.

Here’s an example of such a head-hunting exercise. The mandate handed to us was crisp and clear: Hire a technology director for a large US-based healthcare company. We conducted a fine-tooth comb search for an executive whose skills match the job profile within India. But that met with no success.

We urged the client to widen the scope and look at other countries. This, of course, meant global relocation expense – which carries a big price tag – and interview challenges since it was an India leadership role. Finally, we struck gold when we found a suitable candidate from Singapore who was successfully hired.

Similarly, we have found success by finding talent from the United States, the United Kingdom and Japan. On their part, the companies do incentivise hiring agencies with an uptick in search fee. This acts as a catalysing motivation for recruitment partners to look at women candidates from across the world.

Act as a catalyst

How do we become a change agent and make the field more participatory? Our company, which focuses on ultra-niche areas such as analytics, consulting and product-based technology hiring, conducts many open-house sessions.

Also, two to three weeks before the session, we plan social media publicity campaigns. Our clients publish this on their company and other channels. Once we achieve a threshold level of confirmed participation of candidates, we invite hiring managers and candidates in day-long face-to-face sessions.