[100 Emerging Women Leaders] Meet this Silicon Valley techie, who has built core systems at Facebook, Paypal, and Lambda, and now runs her own startup 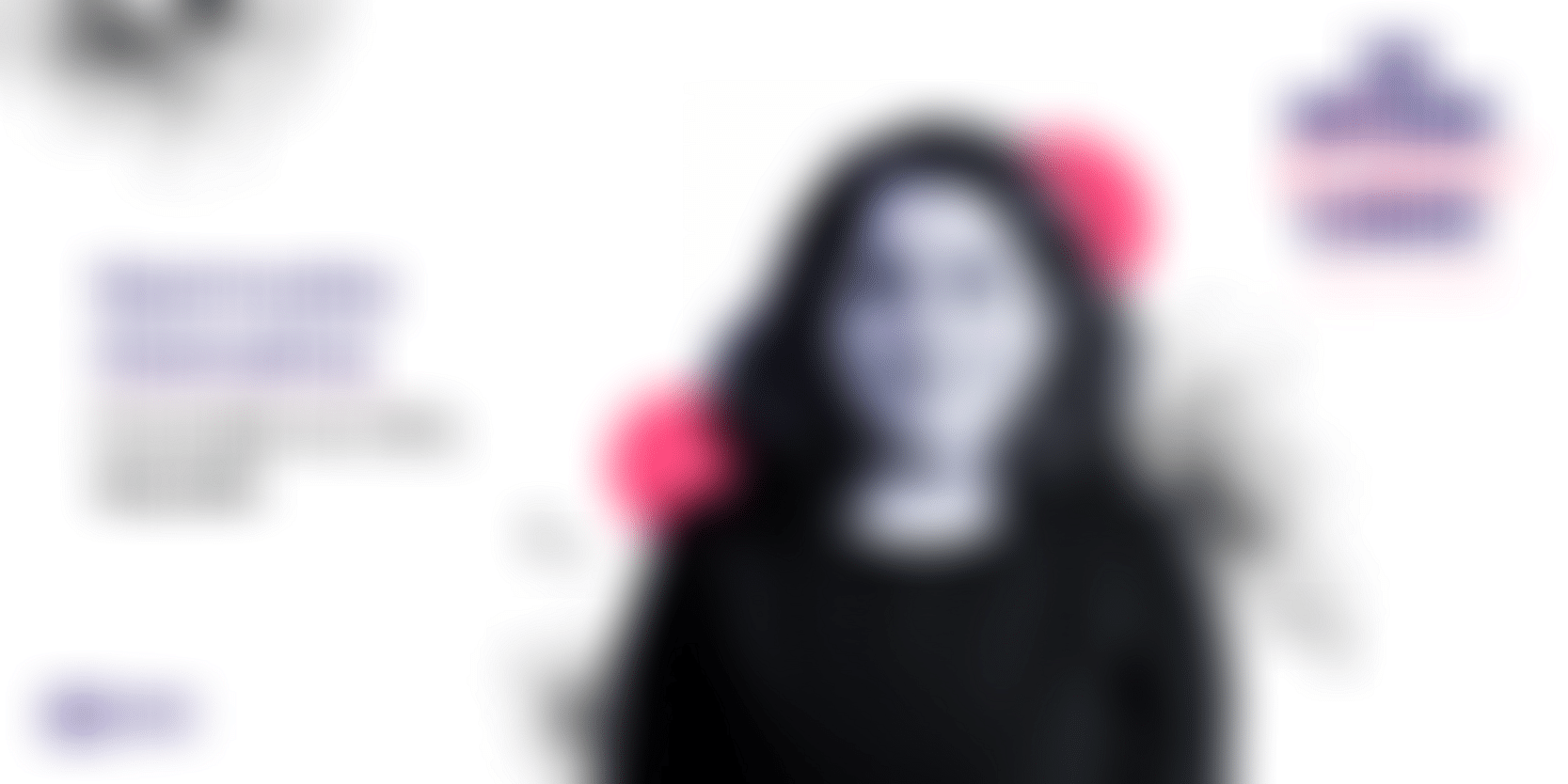 In this feature of 100 Emerging Women Leaders, we have Namrata Ganatra, Founder and CEO, Sturish, an AI-driven ecommerce growth platform that she founded during the pandemic

Namrata Ganatra has worked for the likes of Microsoft, Facebook, PayPal, and Lambda School before building her own startup Sturish, a Silicon Valley-based AI-driven ecommerce growth platform.

All the while that she had been working on building the core technologies and processes for these giants, she also had worked for a small startup in the Valley - Zong, which was later acquired by Paypal.

For Namrata, who had always wanted to do something on her own, the coronavirus pandemic proved to be the right time for her to start up again. She started ﻿Sturish﻿, an AI-driven ecommerce growth platform in October 2020. The platform takes care of setting up the ecommerce business for any seller through complete automation.

In March 2020, when the world around had started working from home, Namrata had one realisation.

“I was saving three hours of commute from Menlo Park to SF. With the free time, I was simply itching to look at and learn about a new space, so I started selling educational toys on online marketplaces in the US,” she says.

[100 Emerging Women Leaders] From a double major in chemistry to becoming one of India’s top makeup artists: The story of Bianca Louzado

The idea of ecommerce had always intrigued Namrata as she has been interested in the sector since her Facebook days. But what she noticed was that there wasn’t much time or resources available to learn about product customisation and listing optimisations across marketplaces. She found some gaps, which led her to start Sturish.

Namrata explains, “Since it was a part-time hobby project, I also didn’t want to spend a lot of time in marketing. That is where I got thinking of different ideas of omni-channel expansion and AI-based ad optimisation. I would wonder how I could use technology to do keyword intelligence and optimisation. Then I realised this was easy for me, as I have a technical background, but a lot of small businesses struggle with the ecommerce and digital boom.”

That said, the beginnings of Namrata’s coding and tech journey was far removed from the US education sector. With her love for technology blooming in the late 90s, Namrata started out in Indian fintech and payment fields.

[100 Emerging Women Leaders] From working in oil fields to starting up, how Deepti Yenireddy found her passion for tech

“Growing up in Mumbai, I hailed from a middle-class family. We didn’t even have a TV at home, so a computer was completely out of the question. It was during that time that I read a newspaper article on Microsoft and the launch of Windows 98. It intrigued me to read up more about computers, and Bill Gate’s vision of bringing a desktop to every home resonated with me,” says Namrata.

After her 10th grade, Namrata decided to pursue a diploma in computer science. “At this point, all my friends were choosing general categories like commerce or art. I was the only one in my class who decided to study computers,” says Namrata.

There was one huge hurdle in pursuing her interest - her parents couldn’t possibly afford her computer science course. However, her mother, a teacher, was aware of scholarship options, and they decided to take that route for funds.

In those days, scholarships were based on race, gender, and religion. Along with her mother, Namrata visited the offices of trustees and the homes of wealthy people to fill out application forms for every available scholarship.

“It was a pretty daunting experience. I had to work and also run around to line up 10 to 15 scholarship applications. My elder sister was selling electronics door-to-door to bring in some income, and my father had taken a loan of Rs 10,000 to get me a desktop computer; this was in 2004,” says Namrata. When she finally got to sign up for it, the diploma in computer technology taught her the basics of programming and technology.

“I still remember the day when I tried ‘Hello World’ and the C-programming language. I really fell in love with it all. I couldn't stop talking about it at home, I stayed late into the evenings at college every day, after everyone had left so that I could use the computer labs. I would read programming books at night and practice those programs in the lab the next day. This was my life for three years,” says Namrata.

While learning the ropes of programming, Namrata faced the additional challenge of learning English. Until high school, she could neither speak the language nor understand much of it as her schooling was mostly in native languages.

“I didn’t understand some of the programming concepts that my professors were teaching because they were all using English to instruct. I had to constantly look up the words in the dictionary. I think I worked twice as hard as everyone else to learn computers and English at the same time,” recollects Namrata.

Graduating in 2005 at the top of her class from the University of Mumbai, Namrata had her choice of job opportunities from large companies like TCS, Wipro, and MDOS. But, she chose to work for a small software startup called MAQ Software.

[100 Emerging Women Leaders] From engineering to wedding design, how Ambika found her calling in events management

“They had a small office in Mumbai and one in Seattle. They were the professional collaborative vendor for Microsoft, and would execute end-to-end projects for Microsoft. I chose that company because I wanted to work for Microsoft even if it was only indirectly,” says Namrata.

Soon after, her dream of working for Microsoft came true when they offered her a full-time opportunity in Seattle.

"Microsoft felt like my first real job, and it was a revelation working for a big tech company in the US. I was fortunate to be put on a brand-new team to build subscription-based billing and a usage-based billing platform. Today, subscriptions are really common for almost all ecommerce platforms. But, in 2007-08, it was a really new concept. I was very lucky to start my career in Microsoft in such a small founding team, instead of being put on a big team such as the Windows or Office team and getting lost in the crowd,” says Namrata.

She was one of the key engineers working on the new billing platform. “I'm really proud to have been part of that key team because that project is now the backbone of Office 365. I started in a team of two people and when I left Microsoft, it was a team of 200 people,” Namrata recollects.

Things took a sudden professional turn when she finished three years at Microsoft in Seattle. In 2009, the great recession hit the US and jobs were scarce. At the time, Namrata’s fiancé, who had just graduated from the University of Washington, couldn’t get a job in Seattle but secured one in the Bay Area. Thus, within a year, she had moved to San Francisco, California.

To get a feel of the entrepreneurial ecosystem, Namrata joined a small mobile payment startup, Zong, banking on her payments and billing experience at Microsoft. It was her first time working for an open-source stack, vastly different from the Microsoft technology stack which was known for its privacy.

“I built the integration feature for the different carriers across the world that enables charges on the carrier’s bill instead of on credit cards,” explains Namrata. When Zong was acquired by PayPal in 2011, Namrata got some wins from that deal, with further exposure to the wealth of opportunities in the Bay Area.

At PayPal, Namrata went from leading to managing a large team in a big company. “It was a great learning experience, both in terms of technology integration and working with stakeholders. I spent the next two years leading PayPal’s digital goods acquisition,” she says.

It was during her stint at PayPal that Namrata started advising small, early-stage startups. This opened her eyes to the important role an advisor could play in charting a company’s future.

After two years at PayPal, Namrata felt the need to make a change. The integration was complete, and she had had her fill of leading and managing a large team.

Namrata had the option of joining Facebook or Google. She chose Facebook, influenced by her earlier experience of working with the company through Zong.

“I wanted to move fast, innovate, and apply everything that I had learned, towards being a part of Facebook's growth. That's primarily why I decided to join Facebook,” says Namrata.

At Facebook, Namrata was leading the payments engineering team, a small one comprising four to five members. “It was a year after Facebook’s IPO, and we were still expanding payments in various countries. We were building the payment platforms for Facebook games, ads, peer-to-peer transfer — basically anything that makes money at Facebook was run on these platforms I was working on, and I was kind of at the centre of it all,” recalls Namrata.

The wealth of experience gathered during those years at Facebook exceeded all her expectations and formed some of her best learnings in engineering leadership, she says.

Wishing to bring more impact, she decided to move on from Facebook and joined a startup, Stockpile, in a C-level role. Stockpile’s mission was to make financial services or stock accessible to the mass market — a concept that intrigued and inspired Namrata.

After Stockpile, Namrata was looking at amplifying her work in fintech. That is when ﻿Coinbase﻿ happened. She had heard about the company for a couple of years and had wished to join a crypto blockchain company as she realised the huge potential of the technology to disrupt financial services.

While Namrata was working at Coinbase, she heard about the Lambda School. Though her technology stint had primarily been in the financial sector, Namrata had been always passionate about educational solutions.

“My interest stemmed from when I first came to the US and started earning a good salary. I knew I needed to do something to help young women like myself, who, without a scholarship, would not have access to education. I have always believed in the power of education,” says Namrata.

Deciding to pursue her personal passion, Namrata joined Lambda, where she continues to work towards helping people with raw talent match their skills with high-paying, sustainable careers.

“I am now leading the company’s engineering effort to build a technology that will help us scale for the current market growth and also support us in the geographical expansion we are planning,” says Namrata.

She shares that she has also been running a non-profit, the Ashia Foundation, which focuses on providing scholarships for women across ages, races, and religions.

Namrata says, “When I started out in engineering and technology, I was really intimidated. I was oftentimes the only woman at the managers’ meeting. At a leadership level, things have now changed for the better, but the ratio of men and women in technology is still skewed. I learned the hard way that you have to be in the driver's seat of your own career.”