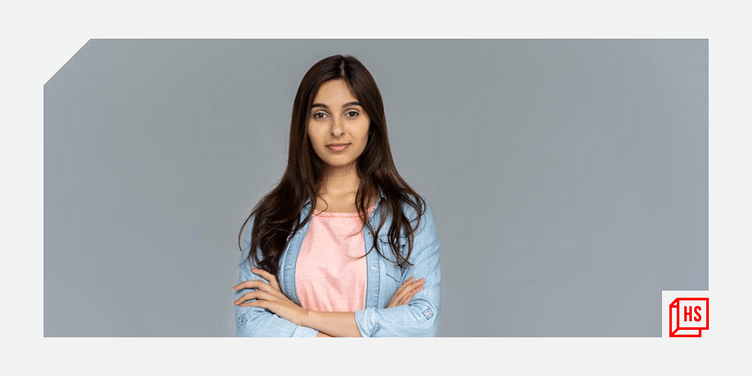 India has been a dynamic country, which has grown leaps and bounds over the years. With the rise of startups in the country, India had been on a positive stride to reduce the gender gap amidst women-owned businesses around the world.

However, with the pandemic coming into the picture and our lives, it has disproportionately impacted the women taskforce around the world who had to lose their jobs at a much higher rate than men.

And for those who felt blessed to have their jobs; they suffered equally -- both mentally and physically -- while ensuring both their homes and work-from-home responsibilities didn’t suffer.

People are focussing on finding better strategies to overcome the economic challenges faced due to the pandemic. Hence, it has become even more essential to support the women entrepreneurship ecosystem in the country for a sure way leading to a speedy recovery in the long-term.

As seen over the last two years, women-led enterprises have responded with a great level of agility and optimism, given the extraordinary scenario the pandemic posed. This further makes the role of women entrepreneurs even more critical as women have been a part of the country’s transformational journey since long.

Without women coming forward to support the diverse community programmes at grassroot level, the country’s entire ecosystem couldn’t have grown from the beginning.

One such prominent example for women coming together to support India from grassroot level and up is AMUL and SEWA, which supported the economic growth back then.

The pandemic has created a volatile scenario in the country with women-owned businesses not being able to avail government and/or public assistance programmes. Hence, the only solution is to have a balanced and well strategised plan in place to encourage women to work on their skill development and have access to mentorship programmes while getting easy interest-free loans and financial assistance to support them on their journey to self-independence and entrepreneurial growth.

Women in general have an inborn talent to adapt, understand, multi-task, and acquire skills, which make them even more better business leaders. Whether it is tourism or tech fields, women are leaving no stone unturned to ensure they are bridging the bias gap.

For women, the desire to work on their calling and doing it passionately is prime than breaking any kind of stereotype.

Having an opportunity for themselves to be independent and taking as many people as possible along in their journey to growth is very essential in order to boost the entire ecosystem and help the economy recover at a much faster pace.

Over the past five years, we have seen a huge growth in the number of women associating and flourishing in not just the ecommerce space, but also in the technical space. There have been many prominent and talented women who are making their mark and establishing businesses outside their average professional scope to source and sell goods and/ or offer services that are unique in nature.

The support from ecommerce space has also indeed catalysed the growth of small businesses by giving them a platform, which is accessed by millions across the globe.

Not only this, but setting up a business of such nature also requires nominal investment in order to start and realise their dream of becoming a women entrepreneur.

The journey of a businesswoman is much challenging in compared to that of a businessman. Thus, not only do they require different motivations, but also a stronger support system, which helps them to grow.

While making technology attainable for females can seem like the most basic of need, getting them to setup a business across the rural corners of India is the key.

When a woman plans on turning an entrepreneur, apart from key challenges, one of the foremost challenges she faces is that of scepticism from not only her stakeholders but also from the society, and in most cases from their family members too.

As critical as it sounds, ensuring that a woman doesn’t feel unsure in the pursuit of her calling, it is crucial for the family and friends to come out bravely and support her unconditionally in her journey.

Women have exhibited exceptional potential and capabilities with a determined mindset. Hence, for a woman entrepreneur to unlock her true potential and confidence, it is central to support them with adequate framework to uplift not only their business, but also the society and economy in all its entirety.