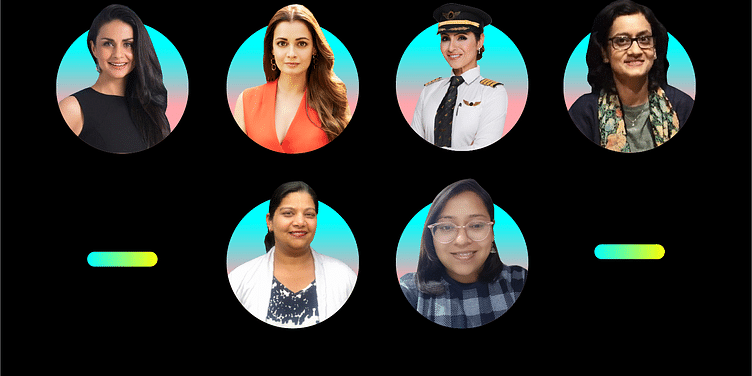 From driving India’s homegrown vaccination drive to powering modern motherhood and sustainability goals, to accelerating women-led businesses, giving wings to women in leadership and more on Day 2 at Women on a Mission Summit 2022.

Day 2 of HerStory’s flagship event Women on Mission Summit 2022 continued to keep up with the momentum set up on the opening day.

Powering the belief that the future is female and that future is already in motion, the Women on Mission Summit brought together diverse voices, setting key agendas for women in entrepreneurship, women driving sustainability initiatives for a better planet, women in leadership positions and women redefining agency in cultural spheres. On offer were groundbreaking stories unravelling deep insights into how this dynamic force is breaking the glass ceiling with guts, gumption and glory.

A first-generation entrepreneur, Suchitra Ella, the formidable force behind India’s homegrown vaccine, highlighted the challenges of starting up in the ’90s.

“You wear multiple hats when you are a small startup entrepreneur. We went three years without income. I used to answer telephone calls in my office as no one wanted to join a company which makes no money. I performed almost every function, you name it,” said Suchitra, talking about building the company ground up.

Beaming with pride at being a key pillar in the country’s COVID- 19 vaccination drive, Suchitra said, “I'm very happy to say that both Indian organisations have serviced the country's requirements. The campaign is coming to a close and hopefully in a month or so, we will reach that 2one billion population getting the second dose as well. This is a mind-boggling number and we have achieved it. This is in itself a great story that is going across the world in terms of how India has managed its vaccination drive against the COVID-19.”

Next up was a power chat with the 2010 batch Indian Administrative Service (IAS) officer of Uttar Pradesh cadre, Durga Shakti Nagpal, who recently turned author with her motherhood memoir Grow Your Baby Not Your Weight.

Speaking at the Women on a Mission Summit 2022 during the International Women’s Day week, Durga highlighted how “a pandemic is always there in a woman’s life”.

The bureaucrat, mother of two, and now an author added, “Imagine a day in a year without a woman, if that thought can create havoc, her presence — what she does every single day without complaining and with a smile on her face — her strength and stamina should be acknowledged every single day.”

As Durga awaits the release of her biopic, she had a message for women entrepreneurs. "The more she plans the better it will be for a woman to take her career to a different level. Secondly, it's important to have a strong team whom you can delegate work. The credit of your success should go to your team — that’s the true mark of a leader,” she signed off.

This was followed by a Fireside chat with Sukhleen Aneja, who after being appointed as the CEO of beauty and FMCG brands business, Good Glamm Group, in December 2021, sees the D2C (direct-to-consumer) sector to be at its “cusp — a revolution waiting to happen”.

“Especially, post liberalisation when we experienced large multinational brands. One experienced a world which was so different from how it was when we were growing up versus today, the opportunity post the  digital revolution has been fascinating. And now post-COVID that's been another massive inflection point,” said Sukhleen at HerStory’s Women on a Mission summit 2022.

Sukhleen opened up about transitioning from sales and marketing roles in big conglomerates to being a leader in a fast-rising startup.

Her advice to women looking to scale to CEO roles from marketing and sales background is to take a chance on themselves. Additionally, she suggested keeping calm and not letting fear take the better of you and lastly, embracing the fear of failure. “Ask for help wherever you require as once you do that the fear of failure will subside,” she signed off.

Winning the Women on a Mission Award 2022 for entrepreneurship was Ankiti Bose, Co-founder & CEO, Zilingo, a fashion startup that entered the prestigious unicorn club ($1 billion valuation club) in 2019.

Inspiring the next generation of entrepreneurs, Ankiti shared some power learnings: “It takes a lot to have courage and trust your instinct. You need to keep doing things to know how much you can give up and retain. Every situation needs to be assessed for what it is.”

On the golden rules of negotiation, Ankiti asserted, “You can’t compare apples to oranges. You need to understand where the other person is coming from and understand their situation.” She added how a good negotiator also knows when to give up and what to give up.

As we take steps towards creating a more equitable world, the best part is “Most men and women today understand there’s a need to break gender bias,” said Ankiti.

Dia Mirza, the recipient of the Women on a Mission 2022 Awards in the category of Art and Culture, is a multifaceted woman.

The actor, who made her OTT debut with the web series Kaafir in 2019, also talked about subverting patriarchal norms during her wedding. “We managed to have a female priest perform our wedding rites,” said Dia.

“If we want to promote sustainability, if we want a more sustainable world, we need to invest in sustainability. And both these companies, Beco and Shumee, are walking the sustainability path and doing it with absolute integrity. I was most attracted to Shumee because it's led by a woman. I think women are incredible. I think that they develop businesses with a lot of heart. And they really understand the nuance of what it is that they are nurturing, which is not just an enterprise, but an entire ecosystem, an ecosystem of consumption,” said Dia.

Speaking about her journey of ‘building a legacy business in a virtual world’, Lavanya Nalli,  Vice Chairman of Nalli Silk Sarees, said, “I was the first female family member to join in 2005. There were only two women in the company then. We are 94 years old now and have only had one female member of the family in a senior leadership role since recently.”

Actor, producer and entrepreneur Gul Panag, on the other hand, shared some of her key learnings from her entrepreneurial journey. “Passion alone can’t get you anywhere. There are three big stages in any startup — customer acquisition, experience and structure of the product, marketing and visibility,” said the Co-founder of mFitness startup Mobiefit. The actor added how with the rise of women in leadership roles, we are beginning to see a reflection of that in the arts and the incorporation of the “female gaze”.

Creating a milestone with the WOM Awards

Next up was the unveiling of the Women On a Mission Awards, a key initiative of HerStory’s Women on a Mission Summit 2022.

This year, Women on a Mission Summit 2022 took yet another leap with the unveiling of the Women on A Mission 2022 Awards honouring 11 women leaders from diverse fields and their outstanding contribution to building a new India.

Here’s a look at the winners:

This International Women’s Day week, in yet another key initiative, HerStory proudly launched the HS Pioneers Report featuring the extraordinary stories of 30 women who dared to break the mould, often setting precedents as the very ‘first woman/women’ in their chosen fields.

The final track ‘Women in tech entrepreneurship’ saw the coming together of several leading voices in the spaces, from sextech entrepreneur Lora H DiCarlo, CEO and Co-Founder, Lora DiCarlo speaking on normalising sexual wellness, to Carmen Vicelich, Founder and Global CEO, Valocity demystifying the emerging trends in female leadership tech, to Sonal Singh, Co-Founder, Fttr sharing her take on gender diversity in entrepreneurship, among many others.

Day 2 came to a close with a Masterclass on women and finance by Priti Rathi Gupta, Founder, ﻿LXME﻿, a women-only community to discuss all things money.