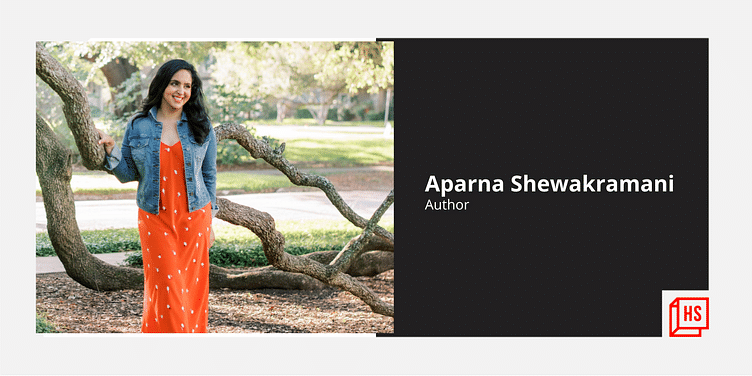 Aparna Shewakramani’s new book She’s Unlikeable And Other Lies That Bring Women Down details her experience on Netflix’s reality show, the hate she received, and more.

When Aparna Shewakramani decided to appear on Netflix’s reality show Indian Matchmaking in 2020, she was woefully unprepared how the reality show would portray her. She was also not ready for the hate she would get from the audience or the army of trolls who dissected every part of her life.

But in the midst of the storm, Aparna eventually found support from many women who spoke up against her vilification.

Now, she has decided to tell her own story, in her own way.

In her book, She’s Unlikeable And Other Lies That Bring Women Down Aparna attempts to show the world who she really is—warts and all.

It talks about her experience on the show, struggles with an autoimmune disease, her entrepreneurial spirit, her success, and more.

In an interview with HerStory, Aparna speaks about why she wanted to set the record straight two years later, how stories are told through certain lenses, and how her life has changed.

She says, “Writing this book was a way for me to reclaim my own narrative and tell my story on my own terms. It was my way of sharing the moments in my life that made me the woman I am today.”

HerStory (HS): What prompted you to write the book?

Aparna Shewakramani (AS): The book was spurred on by the thousands of DMs (Direct Messages) I received for weeks and months after Indian Matchmaking from women around the world asking one simple question, “But how did you become like this?”

They saw me on the show but they wanted to know more about what shaped me as a woman. So this book is the answer to their collective question. These are the lessons of grit and fortitude, but also the moments of triumph that made me who I am today.

HS: Did you have a plan in mind on how to introduce your readers to what goes on behind the scenes of a show like this?

AS: There was no plan per se. She’s Unlikeable is part memoir and part manifesto. It is not only my story but also one of so many other women who have experienced loss, grief, and defeat in their lives along with the triumph of overcoming such obstacles. Its main purpose was to share the experiences that shaped me, which includes my experience with Indian Matchmaking both during the taping and then in its aftermath.

HS: Do you regret participating in the show, and the backlash you and your family received?

AS: I certainly have no regrets about participating in the show and would wholeheartedly do it all over again. It has made me the woman I am today, and for that, I am forever grateful. Whether an experience is coloured by bad or good, it is always a part of your journey.

HS: How has life changed after the show in the past two years for you and your family?

AS: The show really propelled me to reconsider the path I was on in a corporate job as a lawyer, living in Houston, Texas, and being in a city I had lived in for almost 30 years. I realised I wanted to choose a career that was more fulfilling for me. So, when I started writing She’s Unlikeable, I took a sabbatical.

I realised I could live anywhere in the US since I was no longer tied to a job. I followed a lifelong dream of mine to move to New York City. These changes have been a wonderful experience for me and I feel I am truly living life on my own terms.

HS: You said you’d like to remind everyone that reality television is expertly edited? How have you attempted, through your book, to remove the notions already in the mind of the viewer?

AS: In the book, I discuss my hope that people move forward in consuming media more responsibly. We should enjoy it for entertainment purposes but by no means should we consider it the absolute truth.

HS: You have several vulnerable moments on the show. Did you regret them later?

AS: I have no regrets about living out a small part of my love journey on international television. So many people ask me if I would participate on season 2 or any other show and I’d say…maybe. Women from around the world shared how they were empowered by my story and I believe it’s one that’s worth continuing to share.

HS: Do you think one can find a match through a reality show like this?

AS: First of all, Indian Matchmaking is in no way scripted. Yes, shows are edited from the extensive raw footage taken but at no point was I told what to say or was there any script written.

HS: Did the show dissuade you from searching for true love? Are you now wary of matchmaking processes? Have you dated since the show?

AS: Personally, while Indian Matchmaking didn’t conclude with me finding a partner, I believe the larger and more enriching story for me was of a woman who stood her ground, spoke her truth, and refused to settle for matches that were not suitable for her.

My goal remains to find a man who is my teammate and ultimate companion but it will always be on my terms. I am resolved to forge ahead on my journey of seeking partnership and am open to meeting men through my network.

HS: At the end of the book, what are the key takeaways for the readers?

AS: I would tell readers, your own story matters and you deserve to tell it. Perhaps it won't be a book but it should be shared in your own bubble, WhatsApp groups, schoolyards, work places, and with friends. Reclaiming your own narrative is the ultimate power move.

HS: How has your recent time in India been and what were the initial reactions to the book?

AS: I am truly enjoying my time in India, especially the opportunity to meet so many brilliant, driven, and ambitious South Asian women. The modern woman here is striving towards equality not only in her partnerships but in all facets of her life. I am so impressed with each and every person I encounter on this book tour.

HS: The show has been renewed for season 2. What are your thoughts on this? Do you think viewers will be more careful about what to believe?

AS: It seems to me that the world was asking for “more” at the end of season 1. I, for one, can’t wait to watch season 2. I always hope that viewers are better consumers of what they’re watching but ultimately, I also hope they enjoy following more South Asian singles who hope to find love through matchmaking.