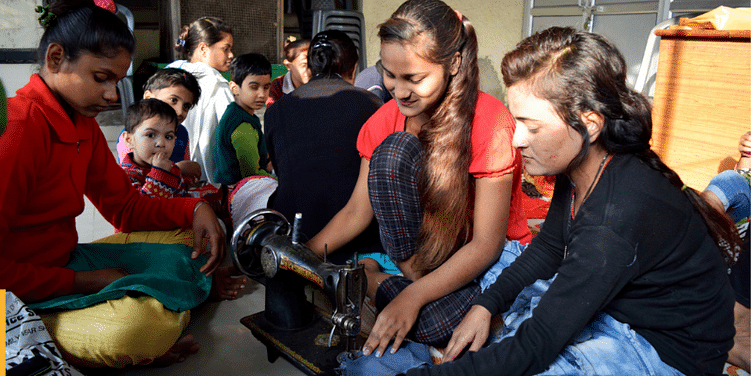 The study was undertaken to serve as a needs assessment to support the design and implementation of skill training programmes for existing and aspirational women entrepreneurs.

Initiative for What Works to Advance Women and Girls in the Economy (IWWAGE), an initiative of LEAD at Krea University, in partnership with the Delhi Skill and Entrepreneurship University (DSEU) has released a study on ‘Barriers & Opportunities for Aspirational Women Entrepreneurs’.

According to a press release, this study was undertaken to serve as a needs assessment to support the design and implementation of skill training programmes for existing and aspirational women entrepreneurs, in partnership with DSEU.

Commenting on this, Neelanjana Gupta, Project Manager at IWWAGE, said, “Women have traditionally been bound to the household and stepping out of that threshold has more often than not been due to abject need of the household. The lack of support and independence when it comes to owning and operating a business has always been a deterrent along with other socio- economic factors. The systemic discouragement towards women entrepreneurs in India requires a deep rooted and well planned approach. This study highlights that women are eager to take up business endeavours, given some space, understanding and encouragement in the form of skill training, economic management along with others. It reflects that despite the lack of support from family and other gendered boundations, women in India are looking for ways to support themselves and their family along with seeking social independence.”

At the launch, Prof Neharika Vohra, Vice Chancellor, DSEU, said, “Women in India are frequently confronted with the harsh reality of their households’ poor economic conditions, with the constant struggle to rise above poverty among other patriarchal norms set by the society."

"The SSK will become the place where women entrepreneurs (existing and new ones) can be supported by identifying and filling skill gaps. The scheme aims to improve the lives of women, especially from low-income settlements in Delhi, by providing support for developing their own micro-enterprises."

"The University shall familiarise women with various business ideas, provide the skills for running the business of choice, and give handholding support in other aspects of enterprise development such as branding, marketing, and communication.”

Interactions with Child Development Protection Officers (CDPOs) and women alike suggested that women were willing to pick up skills that could provide them with income generation and livelihood opportunities. However, they face significant challenges in engaging in any kind of employment, which include unpaid care work responsibilities, no formal skill or training, lack of clarity or information on what kind of business they can start and how, need for formal credit and seed capital, limited financial literacy, burdensome raw material procurement process, and little to no knowledge of marketing/pricing in addition to gender norms and restrictions within households

Despite the general assumption that women do not access Anganwadi Centers (AWC), about half (51 percent) of the women who had children in the three to six years age group reported that their child had been enrolled in an AWC before the start of the COVID-19 pandemic. Showcasing the untapped appetite for entrepreneurship, more than two-third of women who were not already self-employed said that they would be interested in starting their own business.

The respondents also indicated positive signs on the digital and financial inclusion front. About three-fourth of all women surveyed responded that they owned a phone and only 21 percent indicated that they used a family member’s or their spouse’s phone. Nearly 73 percent of all respondents had access to a bank account in their own name, leaving only 19 percent who did not have a bank account in their name. However, access to credit and financial know-how remains a significant gap.

A majority (91 percent) of women entrepreneurs sampled said that they had never taken a loan for their businesses, while only five women reported taking a loan from friends/relatives (three) and cooperative societies (two). Specifically on the skilling front, 61 percent women who were already self-employed responded that business management and planning would be the most preferred skill training programme for earning an income.

To support women, the findings indicate that it would be beneficial to devise awareness generation activities aimed at communities to change attitudes in gender norms and promote gender equality.

Additionally, efforts need to be undertaken to register businesses (accessing form, preparing documentation and submission) while providing support to enable access to finance, access premise or space to run and expand business, and improving financial understanding.

In terms of skilling initiatives, the study recommends that women aspirants can be offered training courses on financial decision-making for their households as well as businesses such that they feel confident in making independent decisions. Women prefer to attend training classes twice a week (up to three hours per session) that are offered in a hybrid model–in-person sessions at the local AWC as well as virtual tutorials to be accessed using mobile devices.

Overall, there is a need-gap as well as appetite for generating awareness among women of the various avenues they can pursue and training in non-traditional livelihood activities.

Moving in with Malaika: A series of product placements and drama do not make for a reality show

The life she dreamt for us