Will the Supreme Court ruling on sex workers change the way they are treated? 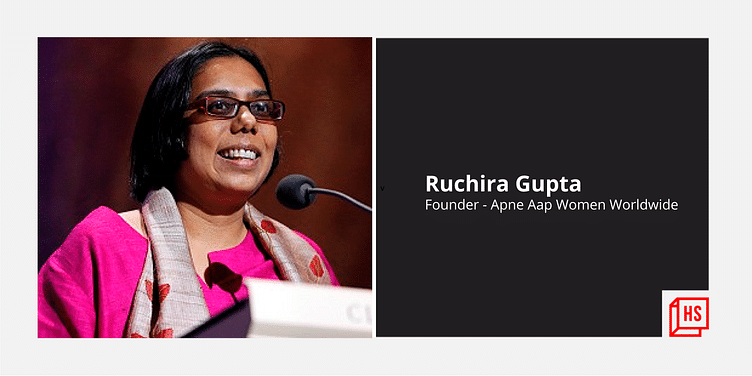 In a landmark order last month, the Supreme Court acknowledged sex work as a profession. Will this provide workers in this segment with rights to lead a life with dignity or is more clarity needed? Activists working for the rights of sex workers weigh in.

Last month, in a landmark order, the Supreme Court of India recognised prostitution as a profession, and also ordered police to treat sex workers with dignity. It issued six directions safeguarding the interest of sex workers.

It also called on the Press Council of India to direct media not to publish or telecast any photos that would reveal their identities. Publishing or telecasting their photographs from raid or rescue operations will be a criminal offence.

What does this order mean for sex workers and their right to lead a life with dignity? HerStory spoke with prominent activists working for this cause to find out whether things will change for the better or is there still a long way to go before sex workers can lead the lives they deserve.

Ruchira Gupta, founder-president of Apne Aap Women Worldwide has for more than three decades, campaigning and working for a “world where no girl or woman is bought or sold”.

She has pioneered gender-sensitive interventions to end intergenerational prostitution among denotified tribes in Bihar, Delhi, Haryana, Rajasthan and West Bengal. She has also helped introduce and shape anti-trafficking policies and laws across the globe.

“While the May 19 Supreme Court order directing the police to treat prostituted women and children with decency and dignity is welcome, I wish the court had provided more clarity on the punishment of traffickers and sex buyers,” Ruchira says.

The live under trying and extreme circumstances as pimps and brothel owners beat the women brutally if they do not earn their daily assigned quota of money. Sex buyers pinch, urinate on, box and murder the women.

“Prostituted women have the highest homicide victimisation rate of any set of women ever studied, according to research published by the National Library of Medicine at National Centre for Biotechnology Information,” she adds.

She also asks a pertinent question. “What will happen to underage children? It is impossible to study or sleep inside a brothel. The reality is that a customer can walk into a brothel night or day and children play on the floor while their mothers are in the same room servicing the clients. Many times, customers reach out to touch the child and the mother is unable to protect her daughter.”

What will happen to the children?

Ruchira points out that in some of the red-light areas that Apne Aap works in, prostituted women and brothel steal, kidnap and buy abandoned babies from hospitals, bringing them up as their own, to put them into prostitution when they come of age.

“The judgement leaves room for confusion because it does not mention the ambit of what police should do. They should have reinforced that police must arrest and investigate sex-traffickers and sex-buyers of children,” she says.

“My worry is that the Supreme Court order may, in practice, give traffickers and child sex-buyers a clean chit. The absence of direction on what police should do with traffickers and sex buyers is a glaring error. This omission may encourage an industry to flourish that preys on the most vulnerable women and children. At risk girls and women may be turned away by the police and will be cut off from access to justice, protection and rehabilitation,” Ruchira adds.

Seema Waghmode is founder of the NGO Kayakalpa, an organisation that has, since 1993, helped sex workers and their children in the Budhwar Peth red-light area in Pune with healthcare, shelter, and education.

Seema says she is glad that this Supreme Court order has come during her lifetime.

“I have seen how much they (sex workers) struggle. They have been arrested so many times. Some of them were crying and one said abhi mujhe zindagi main jail nahin jaana padega (Now I don’t have to go to jail) I told the children that your mothers will not be arrested by the police again, ever.

But now the announcement has been made, Seema is afraid of “revenge”.

“They (the police) will definitely try to find out another way but now the order becomes our shield. They can claim their rights and say no one can arrest me. Now the police will find out some other ways to target them,” she says.

Meena Saraswathi Seshu, General Secretary, SANGRAM, a women-led, rights-based group says, “The directives provided by the Supreme Court of India are a matter of celebration for each and every one—sex workers, sex work allies, and the feminist movement in India and around the world that has participated in the struggle for the rights of sex workers in the country; specially the sex workers and activists who worked tirelessly with the panel and represented the sex workers’ cause in court. It is a great victory for all of us.”

“We look forward to the positive changes this ruling will bring in the movement towards the rights of sex workers in India, and our neighbouring nations. This is a step towards decriminalising sex work and workers and in adequately recognising their labour as informal workers in the country,” she adds.

Ruchira gives us some of the reactions of the sex workers in areas Apne Aap works in.

Keya from Sonagachi, a red-light area in Kolkata says,

“Why has the SC order not asked the government to allocate more budget for loans, child support, low cost individual hosing and ration cards for prostituted women? My son was able to study because our NGO Apne Aap put him in a boarding school. How can a child study in a brothel, when there is much noise, no time to sleep and the danger of molestation? And sex-buyers of underage children? Why has the SC not clarified anything on them?” she asks.

Priya from GB Road, Delhi, says, “Children need rescue and rehab in shelters and then link to the school system. My children don’t need to live in a brothel with me. They need to be in a boarding school where they can study and play with safety. The SC lawyers have not been inside a brothel.”

Fatima in Lalten Bazar says, “I wish the SC had ordered the police to arrest those who profit from our bodies-pimps, brothel-keepers, money-lenders, landlords and musclemen. Right now the police mostly uses a Section 8 clause in ITPA under which they arrest women for soliciting. I want them to stop arresting us and arrest the perpetrators instead.”

Fatima would like to speak up for herself but the SC has ordered the media to keep the faces and names of adult women in prostitution hidden. She says she is feeling silenced and gaslighted.