Using every part of the jackfruit, this woman agripreneur from Kerala makes 400 products 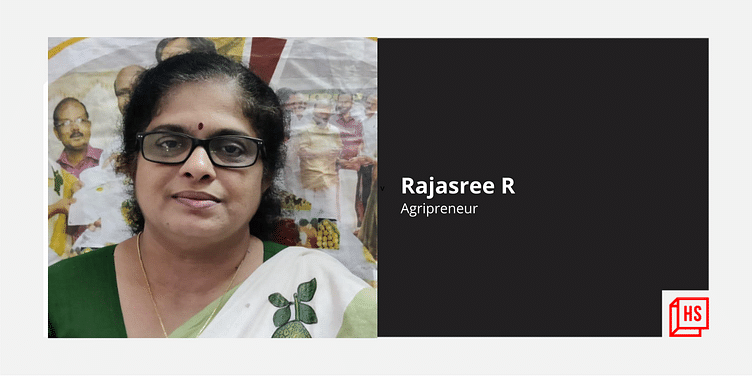 A 2019 piece, published in the Guardian, had jackfruit lovers in India and across the world up in arms, when it called it the “ugly duckling story, a fruit that won the lottery”.

The humble jackfruit, found abundantly in the backyards of homes in many Indian states, including Kerala, where the annual production of jackfruit is around 190.14 thousand tonnes, is having the last laugh. What the Guardian called ‘a spectacularly ugly fruit’ is becoming the most sought-after vegan meat substitute in the West, used instead of pork in curries, or as an alternative to beef in burger patties.

Every part of the jackfruit, from the thorns to its outer skin, can be used to make an edible product. And who should know this better than Rajasree R, an agripreneur from Thiruvananthapuram, who produces 400 varieties of products made from the fruit?

Marketed under the brand name, Fruit N Root, these products are a result of Rajasree’s numerous experiments and the constant drive to innovate.

But, it all started very casually – an idea that took root from a mother’s love.

She explains, “After I got married, I lived in Mumbai and then moved to Qatar to be with my husband. Every year, when I came home on vacation, my mother used to pack dried jackfruit and products made from the flesh and the seeds so that I can use them through the year.”

However, the idea of starting a business in this direction came only after she returned to India seven years ago. She was aware that jackfruit was available in abundance in her home village of Nooranad in Alappuzha district, both on her family’s land and those of her relatives.

Most of the jackfruit would go waste because of the abundance and instead of the usual payasam, jackfruit preserve (chakkavaratti), Rajasree wanted to do something innovative.

The postgraduate in Economics understood that she had to be innovative to take her dream of doing business with the fruit forward.

“After I came back, I procured the food licence to dry the jackfruit and make products. But I wanted to try my hand at something new. I thought of making pasta from jackfruit flour, which I was sure would be a hit with the younger generation that was health-conscious and looking for types of superfood,” she says.

She enrolled for a short course at the Krishi Vigyan Kendra in Kayamkulam that has technology to make understand dehydrating technology of jackfruit.

“They taught me how to dehydrate the jackfruit and make the powder that could be ultimately used to make pasta. They also encouraged me to participate in a competition for different varieties of jackfruit,” she says.

Instead of making regular stuff, Rajasree went all out and experimented and presented soup, chappati, bonda, chocolate, burger patty, ladoo, etc., made out of different parts of the jackfruit.

She won a prize and tried her luck at other competitions, always emerging the winner. Encouraged by the response, she went back to her original idea–making pasta out of jackfruit. She searched for a pasta-making machine, but could not find one.

How this entrepreneur found his calling in the humble jackfruit

Rajasree had heard of the Central Tuber Crops Research Institute (CTCRI) in Sreekaryam in Thiruvananthapuram district and its effort in making pasta out of tapioca. She underwent training and at the end of it, took a technology transfer to start making jackfruit pasta in her unit in Nooranad six years ago.

In the unit, Rajasree produces flour and the preserve from dehydrated jackfruit. The rest of the products are made to order from her home in Thiruvananthapuram.

The 400 products of jackfruit include daghashamini (a medicianal powder) from the thorns; kanmashi (kohl) from the gum; payasam, avalose podi from the seeds; preserve from the fruit; cakes and chocolate from the powdered seeds; and so much more.

“I also make the pothi choru (a rice parcel) with all the items made from jackfruit. Packed in steamed banana leaves is homegrown rice, jackfruit aviyal, jackfruit mezhukkupuratti (dry curry), and also fish if requested,” she says.

All products, whether the Navara grain made into organic rice powder, the bananas or jackfruit varieties, the burger patties, the pasta are all made without any preservatives,” she elaborates.

Rajasree sells her products in the local markets and Fruit N Root made its foray online with mydukaan.com.

“Right now, we are concentrating on local markets because they are preservative-free. It took us some time to go online because I wanted an alternative to plastic packaging. Finally we zeroed in on aluminium foil and paper,” she adds.

As the production is lengthy and time-consuming, and despite a government subsidy, Rajasree admits that profits are not as high as one hopes.

“The jackfruit season is until July-August, then we have rice harvests, then come the bananas and the tapioca–we are busy throughout the year. We also make snacks like mixture, murukku, and pakkavada from the tapioca,” she says.

After Rajasree won a state award for her jackfruit processing venture, there have been enquiries, but not much has been translated into sales.

“Our ultimate goal is to export these products. I regularly attend exhibitions and fairs organised by state departments and hope that my products will go global soon,” she concludes.

(Disclaimer: The copy has been updated because of a factual error. Rajasree learned dehydrating technology of jackfruit at KVK, Kayamkulam.)