State of funding in women-led startups: Faster, but not fast enough 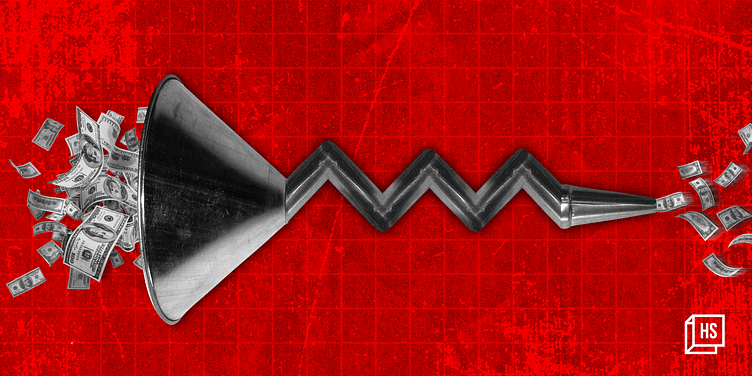 Women founders breached $1 billion in funds raised for a second consecutive half-year, raising hopes that, despite a dip, they might stay relatively warm if winter comes.

India’s unicorn club is beginning to resemble the more popular courses in engineering school—still male-dominated, but with more women occupying the front benches.

The once-exclusive club with startups worth at least $1 billion hit 100 members in the first quarter of 2022; of those, 15 had at least one woman in the founding team. Overall in the first half of the year, 18 startups entered the unicorn club. Of those, five have women founders.

Headlining the list is Ruchi Kalra, a second-time founding member of a unicorn startup.

﻿﻿Oxyzo﻿, an SMB financing startup where she is the CEO, raised $200 million in March, accounting for 44.5 percent of the total $449.2 million secured by domestic startups that month. She was earlier CFO of ﻿Ofbusiness﻿, the parent company of Oxyzo that turned a unicorn last year.

Among the other women co-founders of startups that turned unicorns this year are Rajoshi Ghosh of open-source SaaS company ﻿Hasura﻿; Srividhya Srinivasan of ﻿Amagi﻿Media Labs; Mabel Chacko and Deena Jacob of ﻿Open﻿, a neo-banking platform; and edtech platform ﻿LEAD﻿’s Smita Deorah.

“We have been lucky to have investors who have been strong proponents of merit,” Mabel told HerStory. “It wasn’t the case in 2009. Investors would ask me if I could have work-life balance, or how I could start a company with my husband, or what would I do in case there are life issues… Today, investors have become aware and are more than willing and open to be gender-neutral.”

Bearing evidence of that statement is that between January and June this year, startups having women founders crossed $1 billion in fundraising for a second consecutive half-year period.

In startups with both women and men founders, investors pumped in $1.45 billion across 147 deals from January to June, more than three times the $475.57 million they put in across 85 deals in the first half of 2021, per YourStory Research.

Startups with only women in the founding team raised four times more money between January and June than in the same period last year—$118.45 million across 31 deals, up from $29.14 million across 17 deals.

The stronger fundraising is encouraging, but here’s a reality check.

Startups having women founders accounted for only about 9 percent of the total $17.1 billion raised across 891 deals in the first half of this year. And when compared with the second half of 2021, when startups with women founders secured a total $1.83 billion, their fundraising dropped 17 percent.

As the stats above reveal, startups with only women in the founding team continue to be served a raw deal.

The silver lining remains the growing ranks of startups with women founders pushing into the unicorn club.

Mabel insists there is an acute need to change how investors and other stakeholders in the ecosystem view women entrepreneurs and decide on funding opportunities for them.

“Women need to now start believing that they can achieve great heights,” she says. “Many times, I believe women themselves do not take the step they should. But now with a significant number of role models, we can see a change.”

Click below for a detailed report by YourStory Research on the State of Funding in Women-led Startups.

(This story was updated to correct a spelling error.)