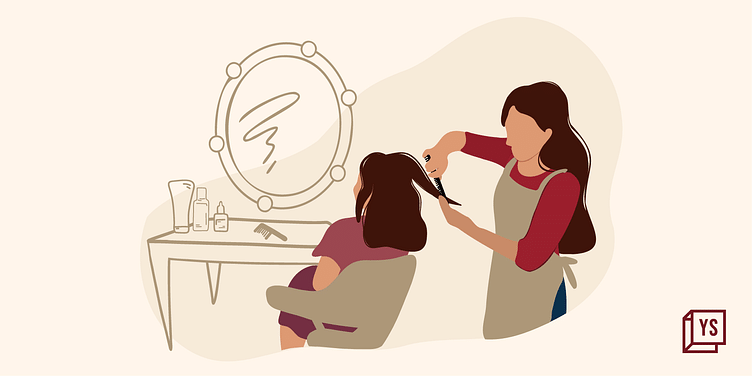 According to a Taskmo report, the gig economy saw a 3X surge in participation from women in H2 2021, and the trend will continue. What benefits does the gig economy offer women, and will it sustain them in the long term? HerStory looks at the larger picture.

Mita was just 13 years old when she got married. She had studied only up to Class 7, and did not even know her husband had divorced her when she was 19, because he had continued to stay with her until their daughter was 13 years old.

After he finally moved out, Mita was left to fend for herself and her two children without any skills to earn a decent living. She took to selling chanachur and agarbatti on the streets of Kolkata and also worked as a cook in a few houses to pay the bills and send her children to school.

Mita had always been interested in “beauty work” (as she calls it) since she was very young. She searched for an institute that offered courses for very low fees and learned what she could in her spare time, paying Rs 500. She took up jobs in beauty salons, where she worked from 11 am to 8 pm and earned a paltry Rs 10,000. When she applied for leave if her daughter or mother was sick, her employer would cut the day’s salary. At the end of the month, the family had barely enough to survive.

But her persistence and hard work saw her through, each time.

“Once, I heard a didi in the parlour mention the name, Urban Company, and how one could work according to one’s convenience. As a single mother, I thought this was the right job for me, so I applied and got it,” Mita tells HerStory.

It’s been five years since Mita joined Urban Company as a beautician. Life has changed for the better, she earns anything between Rs 30,000 and Rs 50,000 in a month, and more during festivals.

Mita is one of the many women taking advantage of the benefits of the gig economy that promises flexibility, independence, and income. For employers, it offers better productivity, and is cost-effective.

According to a Taskmo report, the gig economy has seen a 3X surge in participation from women in H2 2021, and the trend will continue. Data from the platform shows around 10,000-12,000 women apply for tasks in a month, as compared to 200-4,000 women six months before.

Leadership is about the way we connect with each other, says Sukanya Padmanabhan of Swiss Re GBS India

Because ‘every job is good enough’

The Taskmo report points out that the COVID-19 pandemic has led to a paradigm shift in women opting for gig jobs. Around 50% of women registered on Taskmo were from urban areas or Tier I cities, around 30% belonged to Tier II cities, and close to 20% were from Tier III cities.

During the pandemic, Ambica had to take up a job as a Rapido two-wheeler driver, delivering food and essentials in Chennai, often travelling long distances.

Ambica, who used to do background scores for films and sing at stage events, also has her own orchestra. She also sang at hotels like the Ramada. But COVID-19 brought her 14-year musical career to a grinding halt. Her husband had passed away following an illness two years ago, and she was looking at ways to supplement the family income.

“I was living with my children, mother, and brother, and thought there’s no way I am going to sit at home, doing nothing,” she says in an interview.

The work gave her a steady income and she earned around Rs 250 a day. She worked between 6 pm and 10 pm, which also meant enough time with her family.

Currently, Ambica is on a break due to health issues, but plans to be on the app once again since she finds that the company offers numerous perks.

These benefits drew more women like Ambica to the gig economy.

Like Ambica, Sunita Prajapati, 40, is also a two-wheeler rider but with Zypp, an EV-as-a-service logistics company, in Delhi. Originally from Allahabad, she found it difficult to make her living in her home city and decided to move to the capital.

“I moved to Delhi with my husband, two kids, and in-laws. I learned to ride a two-wheeler after a friend told me about opportunities as a driver-partner. Now I earn Rs 18,000 a month if I do eight-hour shifts every day,” she says.

She says the most significant advantage of the job is flexibility. “I am able to pick up my kids from school during my lunch break, drop them home, and then I continue my work for the day and finish up by 5 pm.”

Most importantly, she says, “I am very proud of what I do as no work is small or big, it’s the mentality of a society that makes people weak.”

Neelam, 34, is a driver partner with Uber in Delhi. A single mother to three children, Neelam says her earnings helped in getting one of her daughters married, and fund the education of her two other children.

After her husband passed away, Neelam took up different jobs - working as a cook, tailor, and childcare attendant.

With the help of the Azad Foundation, she learnt to drive and acquired a licence.

“A few of my friends who were Uber drivers pushed me to give it a shot. I joined Uber in 2019, and as part of the application process, I had to pass a few tests, which I did with flying colours. I received my ID once the procedure was completed, which took around 15 days. It has been three years working for Uber and I am grateful,” she says.

“I find that these hours allow me to comfortably drive and complete eight to 10 trips per day. Other jobs often have set hours, such as from 9 to 6. When it comes to driving an Uber, I have the liberty to choose when I want to take a trip. This is the best choice for me and other women who wish to take charge of their work schedules,” Neelam says.

Mita recounts several instances where she had to take care of her daughter or mother when they were sick. At other times, she had wanted to take a break. But a regular job didn’t offer her these luxuries.

“I don’t have to count every rupee as I did earlier. I can afford to take a couple of days off and work more on some days,” she says.

[YS Learn] The pandemic has started a new hiring trend: gig workers for specialised skills. How can startups leverage this?

As more companies wake up to the importance of women in their workforce, numerous measures to boost women’s employability have come to the forefront.

In March this year, Urban Company announced a Partner Stock Ownership Plan (PSOP) for its service providers. Under this plan, the company will award stocks worth Rs 150 crore to thousands of service partners over the next five to seven years. It will set up an evergreen trust to manage the PSOP plan, and award them at a near-zero cost to service partners.

The company has already got board approval for the first tranche of Rs 75 crore worth of stocks, to be disbursed over the next three to four years.

That very month, Zypp Electric announced the SheroesOnEV initiative, as part of which the company plans to hire and train 3,000 women as delivery partners in 2022.

Last year, major gig employers like Zomato announced a 10 percent increase in the participation of women in its delivery fleet, while Swiggy gave its regular women delivery partners a two-day paid period time-off every month.

Opportunities and benefits aside, the primary onus in a gig economy is on employers to upskill their workers. With a vast majority of gig workers reportedly working overtime, they are left with little to no resources for upskilling or reskilling, leaving them unclear about long-term career prospects.

Sandeepa Kasala, Director, Talent Experience and Culture, GoodWorker, says, “The gig economy, which allows flexibility within the job, is a flexible, cost-effective model of work that has opened up opportunities not only among home-based services but also across industries.”

“However, empowering women to return to work will require a three-pronged approach: employers taking a proactive step in creating opportunities; more and more technological advancements that can provide a platform to upskill and develop new capabilities; and government initiatives,” she adds.

Mita says she’s happy with the training provided by Urban Company and her customers are pleased with her services.

The company has built an in-house team of 150 full-time trainers, who train between 3,000 to 5,000 professionals a month. These training programmes focus on core and soft skills, and can last anywhere from one week to two months. It also works closely with the Ministry of Skill Development and Entrepreneurship (MSDE) and the National Skill Development Corporation (NSDC) to certify its fleet of service professionals.

In the backdrop of rapidly evolving work environments, it is undeniable that the gig economy offers women and employers mutually beneficial and sustainable solutions.

It remains to be seen how the industry will mature in the years ahead, even as companies move away from conventional work models and leverage technology to enable more women like Mita and Sunita to build independent dreams for themselves.