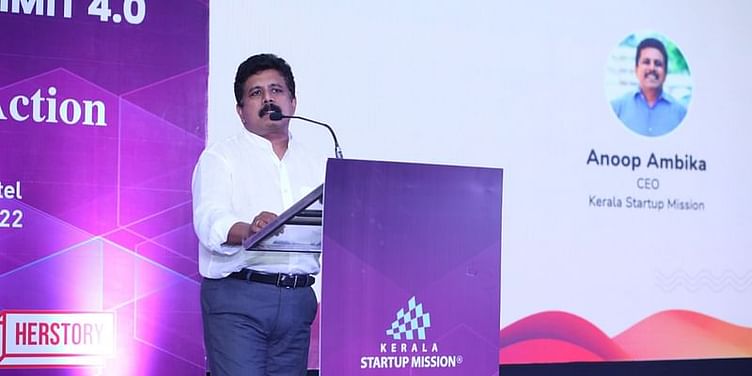 The Kerala Startup Mission (KSUM) hosted a two-day Women Startup Summit 4.0 featuring 30 live sessions addressed by 80-plus speakers in the presence of more than 500 delegates.

“The government’s vision and policy make it compulsory to implement steps that encourage women to enter entrepreneurship and innovation in stronger numbers. We have been increasingly organising programmes to up-skill and re-skill talents to increase their confidence,” she said inaugurating a two-day conclave by Kerala Startup Mission (KSUM) in its efforts to further promote female participation in the founding companies.

“KSUM has been working for long to remove all obstacles towards gender neutrality in entrepreneurship. This event envisages the creation of a solid ecosystem for females,” the Minister pointed out in a video appearance at the ‘Women Startup Summit 4.0,2022’ that began on Friday with seven key sessions in the run-up to the formal inauguration in Kochi on Saturday.

The two-day summit hosted 30 live sessions addressed by 80-plus speakers in the presence of more than 500 delegates. The day’s proceedings featured a string of sessions with speakers who included founders and managing partners, predominantly women, of a range of successful companies.

The summit at Marriott Hotel, a day after it opened in KSUM’s Technology Innovation Zone at Kalamassery outside the city, featured an expo of more than 100 products, while simultaneously conducting master-classes, workshops, pitch fest, SheLovesTech and Investor Café.

KSUM CEO Anoop Ambika, addressing the inaugural ceremony, said entrepreneurship in the state merits newer ideas that cater to the needs of its geriatric people when Kerala has aged men and women contributing to 60 per cent of the population.

“Also, we are set to set up community innovation centres in the state’s rural parts to scout talents in the villages as well as small towns to groom them. Further, the government is to work with NRIs in a bigger way to create new enterprises in the state,” he revealed, while welcoming the inaugural session at WSS, through which KSUM provided a view of leaders in “real action” from all across the globe.

The forenoon sessions of the day included a panel discussion on ‘Building Future India Through Startups’ after a dialogue on ‘Women Pulling the Indian Startup System.” The afternoon sessions were on ‘Leaders of Tomorrow’, ‘Overview about KSUM’, ‘Sustainable Future in Business’ and ‘Role of Media in Women Empowerment’.

The first day of the summit held a pivotal She Loves Tech India ’22. The day also hosted a pitching session on productisation grant for women startups. The money will be for those Indian startups that have women holding more than half the ownership stake. The winners are set to get Rs 12 lakh. They will also be eligible for soft loans of Rs 15 lakh (6 per cent interest) and seed funds.

(HerStory was a media partner of the event)