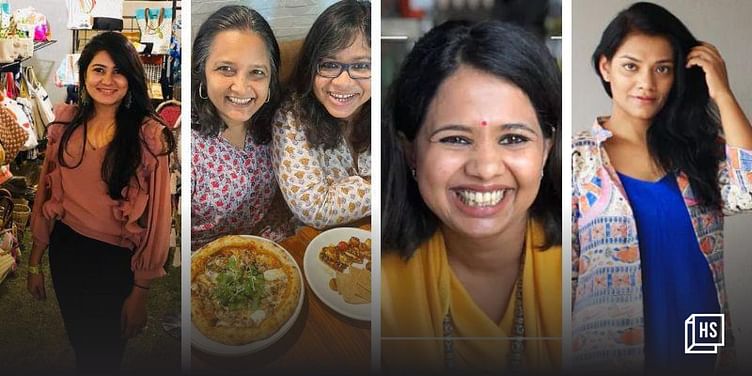 Pop-up stores have been trendy for a long while, and are probably one of the better ways for entrepreneurs to test their products in a live market.

Amazon, Microsoft, Disney, Google—the list of global companies that emerged out of humble garages are aplenty. Closer home in India, we also have a bunch of women-owned businesses that have emerged out of pop-up stores—temporary retail spaces in flea markets and bazaars that give new brands the opportunity to showcase their products and test the consumer market.

Pop-ups can generate a ton of buzz for a brand—be it a new range or just a new product, these are the best places to communicate the values and ethics of your brand’s offerings.

Many exclusively-online brands have also taken to pop-up spaces to test their products in a live market and gather live feedback. In fact, even major retailers are using longer-term pop-ups to test the viability of stores in new locations.

And that’s one of its USPs. Pop-ups are also agile in their locations. If a particular business finds a larger customer base in a specific open spot, it makes it easier to go where the customer goes.

As someone once said, pop-up stores are little, local and lovely. What’s not to love about them?

HerStory lists four such women entrepreneurs who started their journeys at humble pop-ups.

After three weeks of trial and error, the duo ended up making a lot of fresh cheese. “So, we invited a bunch of friends and family and made salads, 18 varieties of cheesecake, and other things,” Namrata tells HerStory.

The impromptu cheese tasting party was such a hit that Anuradha and Namrata gradually began to wonder if there was more to the story. And even as they were thinking, they got a call from none other than celebrity chef Karen Anand, whose team got in touch to seek the pair’s participation in the latest farmers’ market.

Käse is now a D2C brand, with about 30 odd B2B (business-to-business) partners across India as well. The company is also big on subscriptions with about three different subscription plans for cheese lovers.

Esha Shah’s first love was designing. When she realised that the bags she designed for her husband’s packing business clients were a big hit, she knew she was looking at a huge opportunity. The only question was how to begin.

In December 2018, Esha first sensed a real business opportunity when she got a call from a participant in a local exhibition who asked her if she wanted to share a stall with her. “At the time, I was making canvas bags and tie-and-dye totes, beach bags, etc,” she tells HerStory.

Starting with bags, Maisha by Esha is now a lifestyle brand, which offers handcrafted and handmade products by local artisans using cotton, jute, and vegan leather. The products, priced broadly between Rs 1,000 to Rs 3,500, are designed in-house by Esha, and are made by local artisans, mainly women karigars. Besides being the Co-founder, Esha is also the Creative Director of the company.

Anuradha Joshi Medhora’s early memory of food is that of her grandfather gathering with his friends over beer and cooking meat in the garden.

In 2015, she turned her passion for home cooked food into a larger vision of documenting the cuisine as she realised its historical value and importance. While she remained involved in the family business of clothing, Anuradha also ran Charoli as a side hustle by participating in various pop-up stores in Mumbai and offering catering services.

Gradually, she pulled out of the family business to give her undivided attention to Charoli in 2019.

Born and raised in Itanagar, Arunachal Pradesh, Madhurima Bhattacharjee has always been passionate about fashion.

In 2015, she started off in the fashion segmen, while sticking to her day job. “I thought of launching a sustainable line of clothing, using khadi and cotton, to make glamorous pieces that would be favoured by the millennials,” she tells HerStory.

Seeing her passion to do something of her own, her family gifted her a sewing machine on her birthday. And thus began her journey into entrepreneurship, buoyed with internet tutorials and replete with many hits and misses.

She then began showcasing her pieces at exhibitions and pop-up events in the city and her first big break came when Jaypore agreed to collaborate with her.

How this techie’s love for fashion took her sustainable clothing label straight to SoHo, New York

Her eponymous label ‘Madhurima Bhattacharjee’ has had a slow and steady climb, with its collections showcased at the famed SoHo in New York. Madhurima was also one of the finalists in the Times SheUnlimited Women Entrepreneur Awards ’19 and was featured on Femina as one of the top sustainable labels to wear in 2019.