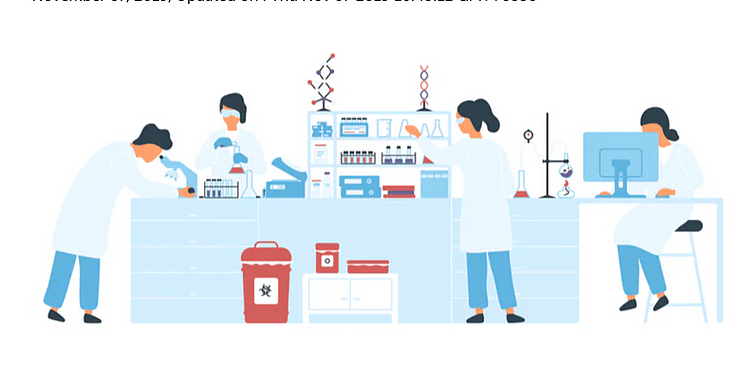 With national and international initiatives in place, encouraging young girls to take up core fields and subjects, there is a ray of hope where the STEM field will no longer be attributed to gender gaps and dominance.

Gaganyaan is ISRO and Indian Government’s first project, demonstrating the human space flight capability, scheduled to launch in 2024. This ambitious project has been entrusted to V R Lalithambika , a veteran of more than 100 space missions.

In another case, during the pandemic, the ICMR was able to isolate the SARS-CoV-2 virus, thus building the foundation for Covaxin. This was a feat that was achieved by Dr Priya Abraham, Director, National Institute of Virology (NIV) in Pune and her team.

The common denominator between these two high-scale achievements is them being spearheaded by women. This is a huge boost for the upcoming generation of women who want to make an impact in the STEM (Science, Technology, Engineering and Math) fields.

However, we are just scratching the surface of gender inclusivity in STEM. More than 40% of the STEM graduates are women but only 14% of them make their careers in the field. The stark difference highlights the lack of inclusivity that continues to overshadow the hard sciences.

So, how can one change the paradigm and bring in more inclusivity in the STEM fields?

India is performing better than most developed countries when it comes to including more women in STEM. Moreover, the financial and infrastructural initiative offered by the Government further encourages women representation in STEM. However, there is a lot of work that needs to be done.

A common issue that affects women in STEM is the broken ladder to higher positions. Imagine a missing rung or starting at the bottom, which affects the chances of women occupying leadership positions and being change makers. Most women workers in these fields majorly occupy junior positions while only a portion of these members get to join the senior ranks.

The drop rate is also a matter of concern because of archaic gender roles like childcare and other domestic responsibilities. While there is a change in the said perception, the change is slow, which often accounts for high drop rates among women in STEM.

Steps being taken to improve the number of women in STEM

Like a coin, the STEM sector too has a flipside to it.

Things are now looking up because of Government and Non-Government initiatives of integrating STEM programs right from grassroot levels to inculcate passion for these subjects at a tender age.

It is noted that girl students start to lose interest in the STEM subjects from middle school onwards. In order to counter that, Initiatives like Fellowship for Women in STEM, KIRAN, and SERB-POWER are working independently as well as in collaboration with the Government to increase the female students’ interest in the STEM fields early on.

Interestingly, the new Science, Technology, and Innovation Policy (STIP) is also bringing in policies that hope to educate as well as retain women in STEM. Some of these policies include incorporating a grading system based on merit and performance, allowing 30% quota for women in decision-making positions and offering gender neutral rules & recommendations to make daily workaday easier. This is especially visible in the IT industry where women are slowly climbing up the ranks of CTOs, Product Heads and other core-tech roles.

How women in STEM can boost knowledge economy

The popular theory of women being from Venus, that is non-analytical, might be one of the reasons why women recognition is still in its infancy in STEM. However, as per a study conducted at the University of Princeton and the University of Pennsylvania, in the female brain, neuron linkages between the right and left hemisphere is more elaborate when compared to those of men.

This is scientific proof that women are more adept to make intuitive decisions based on data and figures. Not utlising this analytical mindset can do more harm than good when it comes to enhancing the global knowledge economy.

Moreover, women represent at least half the working population. By reducing the gender gap, industries have a higher probability of reducing gap skills, increasing productivity and enhancing overall performance.

Greater productivity equates to better results, research, economic growth and of course, scientific outcomes. Women in STEM can also offer a personal input on existing social issues that can be ridden with the help of science and technology.

One such example is the young South African innovator and winner of 2016 Google Science Fair Kiara Nirghin who created a super absorbent polymer that can retain over 100 times its mass and encourage water conservation as well as crop sustainability during drought. The invention was as a result of her experiences in her home country.

These scientific breakthroughs are proof that by including the fairer sex into STEM is bound to bring in more diversity, views and resolutions. Currently, that capacity is nearly halved.

With national and international initiatives in place, encouraging young girls to take up core fields and subjects, there is a ray of hope where the STEM field will no longer be attributed to gender gaps and dominance.